This is not surprising. The company that makes the best titles deserves the best sales. It is almost like gamers appreciate quality software or something.

Great numbers for sure...
I wonder what will happen when they launch the next mainline Pokemon game for the Switch....

For the Comgnet numbers, you have to user different multipliers than on Wii or Wii U since it has a portable aspect. Comgnet is more of a console audience...or at least it used to be.

The one has nothing to do with the other

The bad COMG Ratio was to be expected, considering the bundle sold like hot cakes too. While it was on the first spot on Amazon Japan for 2 weeks before it's release, it's performance on COMG was rather lackluster by comparision. I don't know if digital is included in that number, but the digital version sold extremly well on Amazon, too

And about that 1st party oriented... BotW and SMO are THE two contenders for the Game of the Year awards, and Splatoon is a phenomenon in Japan. So no small wonder first party titles are doing so extremly well. 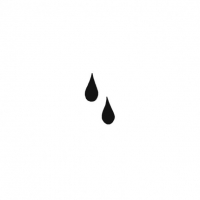 Very curious about 2nd week.
My pred" around 80k

Crazy... Maybe this does have a good chance to match or surpass 3D Land sales.

I dont think that gonna happen. Big launch games in Japan tend to drop around 70-80% on 2nd week.