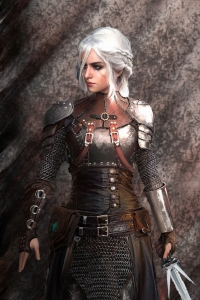 So I am right after movie I must say that Rogue One was realy realy good, for me a lot better Star Wars movie than The Force Awakens.

It's true that this movie is diffrent from other SW movies especially when there is no force users except Darth Vader whose last scene where he was smashing through Rebels was so epic (honestly one of best scenes in whole Star Wars universe, lots of fans have been waiting for this!!)  although force is always there. Last battle is absolutely stunning (best battle in whole universe) and sth that Force Awakens was lacking.

Of course movie has it's issues, but as a whole every single Star Wars fan should be satisfied.

What are your opinions on the movie? Do you guys liked it same as me?

when lead actress talks, it's like she is singing. it kind of bothered me.

I thought it was bloody brilliant.

Very minor complaint was the constant location jumping at the start while they ere trying to establish the characters and plot, but other than that it's definitely worth the watch (and retroactively fixes one of the major plot holes of the originals).

It is a amazing movie, saw it yesterday with my GF and i loved it more than VII.

It's way better, although I don't think that episode VII was bad in any way.

Seeing it tomorrow hopefully but couldn't resist and spoiled myself on the Vader scenes and a bunch of other plot points a few days ago. Really excited to see it for myself!

How long would you guys say Vader has in the movie? I keep seeing 2-4 minutes being thrown around and i'm fine with a short amount of screentime for Vader as long as his few scenes are really amazing.

I thought that Vader would not have big part in movie (more like cameo appearance) but he was pretty decent amount of time on screen. And trust me, every single minute in movie is freaking amazing.

I really enjoyed tfa, but was still disappointed with it. It felt like it was just copying other star wars movies.

This was totally original more or less and felt fresh. Liked tfa more, but was not disappointed with this. If that makes sense.

I still don't get people's negativity towards TFA.

Either way, yes R1 is an awesome SW movie!

Vader is like 10mins total... one cameo-ish and one critical plot point.

I disliked the usage of one of CGI characters. One was awesome and done pretty well, the other would have been better to just not show a face at all.

Loved the fan-service as always and glad critically important long-time characters continued to be in the movies.

Plot was well done I thought and I liked how they explained why an obvious weakness existed in the Death Star.

I'm also loving how all these new movies are much more real. Something I was glad they were doing for TFA and I see they are continuing in the smaller stories. The sets, models and lesser number of CGI usage just makes it more real and more SW.

I wonder if the password for the shield was 12345?

Terrible CGI for the characters. Tarkin and Leia looked like they belong in Polar Express, not Star Wars. Also Darth Vader's lines were comical. "Be careful that you don't choke on your own ambitions." Lame. Bacta scene was awesome though.