should have sold it on ebay and tripled your money. someone would pay it as they cant wait lol. local pickup only

It looks like you mostly like Japanese games, so Senran Kagura, EDF, World of Final Fantasy, Dragon Quest Builders and such are very good suggestions (I'm currently playing World of FF and loving it), but if you're at all interested in horror games, there's a sale that lasts tomorrow where you can pick up two of my favorite games this gen, Until Dawn and Alien Isolation, for pretty cheap (I know they're $19 combined in the US, though likely more in Canada). Otherwise, as to Pro Enhanced games, I would definitely recommend Rise of the Tomb Raider, Ratchet & Clank, Infamous First Light (I liked it even better than Second Son) or Uncharted 4.

Was at a Walmart tonight and some idiot had stocked the PS4 Pros on the shelf early. They were just sitting there at the bottom of the cabinet, and there was even a space where it looked like one of them had been bought already.

This was also my understanding on the way it was going to work, because the Sharing portion of the console is not handled by the systems cpu/gpu but is handled by a seperate chip just designed to handle the capturing or streaming of media to remote play and that chip just handles video at 720p in the base model but has been upgraded to a 1080p version of the same chip in the pro.

Ugh... will link this but the article is massively negative towards the Pro upgrade in general

But they go into the share abilitys of the Pro model, I do think it's just a system wide change which the system has and since it isn't being done by the games themselves but the extra Arm chip in the system it shouldn't require the games to be altered in the slightest, will just be the Share functionality of the system commiting a 1080p video to the HDD rather than a 720p capture. 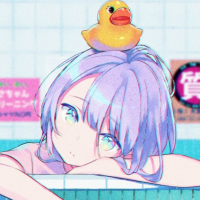 Turn down the volume and dim the light on the controller.

Can't wait to get mine, have a 1TB SSD ready for the ultimate experience :))

1TB SSD? That's crazy! What model is it?

Crucial MX300 1TB, definately not cheap haha but I cant live with capacity lower than 1TB and with so many of the games i've been playing having terrible loading times, im hoping the support of SATA 3 will make a sizeable difference. I'm happy to post my own results if there isnt already a comprehensive post from eurogamer before launch.