Forums - Gaming Discussion - Can the PS4 keep its 50% Market Share even if the NX is included?

It's def possible that could happen, but there is always the chance that the NX is actually a pretty good product and takes away some of that market share. Not necessarily surpass it, but take a bigger bite out of it.

Yes, at least for a while, but maybe for the whole gen, if PS4 sales won't be seriously affected.

extremely unlikely. if the NX is solid conceptually and easy to use with a better third party library, there is NO way Sony could maintain that sort of dominance on the home market.

just as an example of when Nintendo makes a straight forward solid product- look at the 3DS. although its a handheld and a bit of an apples and oranges comparison, the system has been out, what, 5 years, and is still selling pretty well and outselling the Xone.

the 3DS is a strong indicator that a lot of casuals still like Nintendo products. They just like them simple. the 3DS is simple- buy the system and games, power it on, and BAM, fairly regular controls and quick to get into games. The Wii U is not like that.

for Nintendo to get a big percentage of the market the NX just needs to have solid specs and be accessible, either with a great controller or unified library (handheld or home), something along those lines.

No way will PS4 have 50% market total if you include Xone, Wii U, NX and total tally numbers when all is said and done. the NX releasing will hurt PS4 numbers because people are obsessed with the concept of 'new' and 'system generations' and the consumers (whether it is true or not) will look at the NX as a whole new generation that they have to get their hands on

I guess the WiiU supports your whole argument right? It was new, it was more powerful than the ps3/360, and it was next gen. People flocked to it in droves right?

I don't really see why the status quo would change, momentum is with the PS4 and it is solidly established. In terms of exclusives, it's getting arguably the best first and third party support this year (or at least the best it has had so far), which will drive sales going forward.

Unless NX is significantly better in some way, I can't see why it wouldn't just pick up where the Wii U left off and with the bad year Ninty is going to have further mindshare is going to be lost.

I hope to be wrong.

Not really. Because the Wii U is gonna fall off a damn cliff with sales, its own marketshare will plummet.  So the real question is whether NX can outpace Wii U sales... yes of course at first. Therefore the PS4s marketshare will fall.

4% of 74 million is only 3 million so yes the PS4s 50 % marketshare is at risk but probably can maintain as sales aren't exactly slowing down.. 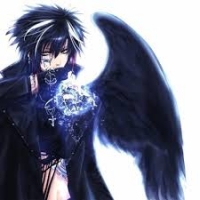 The NX generation is the 9th Gen it cannot Be applied to the Gen with ps4 SIMPLY CANNOT So it is better to compare it to PS5 and judging by the PS5 being available at maybe 2020 well, either way it all depends on how it goes.

In a good sense of course ;)

Why should the NX be included ?