Forums - Nintendo Discussion - Would you be OK with Nintendo killing the Wii U so early?

Are you ok with killing the Wii U so early?

Its not that people want the Wii U dead its that we want more games.

The thing you are missing is that it's irrelevant if the timespan is 4, 5 or 6 years. You act as if it's a hindrance when the real factors that determine a console's success are price, games, marketing...

The wii is a 7th gen console and the wii u isn't a beefed up ps3. Sure, you can THINK that, but it's factually wrong.

Well we both should know another reason why they can't kill the Wii U early; It's top-selling games. Mario Kart 8 has sold over 6.5 million units, Smash for Wii U has passed 4.5 million, and of course Splatoon and it's highly active online community. Need I add Super Mario Maker? 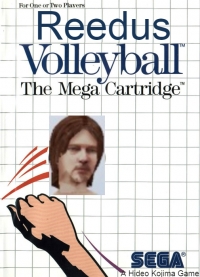 Backwards compatability would keep the online going and potentially grow the online community so don't see that been a reason for killing the Wii U early.

Yeah, I would be okay with it, though the transition would be smoother if the new console was backwards-compatible.

Soundwave is right, home consoles are mainly bought by gamers not so much by parents as these days they rather their kids play mobile free games. note that i am not saying ALL parents are cruel bastards and some still do buy consoles.

Honestly i rather see the industry go in one of these two directions.

2) 8 year cycles but have like $800 consoles, since we adults can afford them and it would provide a significant increase over the previous gen. Hell peopel upgade their iphones every 6 to 12months, si I can't see why a quality system cannot be justified at a higher price now.

As for a long generation, I doubt it. The reason for this is simple, PS4 as cool as it is, I do feel dissapointed by it from what is is compared to my PS3. I feel like the PS4 is an enhanced PS3 that fixed small issues the PS3 had in terms of gaming but took away some of the media functions that I enjoyed on the PS3.

But how do you know they won't carry these bad habits to NX as well?

Make Retro do Diddy Kong Racing 2 or some other unneeded game, another toon Zelda, etc.

A new system is no guarantee that Nintendo will change their ways.

I have no problems with it so long as NX is worth it. Im a day one console buyer so my personal preference is for all resources to be moved over to the new system. However, I think for late adopters it would be great to see Nintendo still support the wiiu with some cross gen ports.

Nintendo's Gamecube output was a big step down from their N64 and SNES output despite the leap in hardware power.

I'd even argue their Wii U output has been worse than their Wii output, personally.