How? It's just a vocal style like any other. One that existed before it became popular in modern metal.

Care to elaborate on why you don't think it's music (and I'm speaking specifically of Metal, since I don't like screamo or techno)?

Okay, so does Metal, Techno, and Screamo music contain a combination of sounds and forms expression/thought/feeling? Check.

A quick summary: Heavy metal and its subgenres are another genre of rock music It was developed in the late 1960s and early 1970s. It contains many roots with blues rock and psychedellic rock and is known for loud sound. - Weinstein 2000.

I rather go by the information that I have supplied, at least I have provided sources.

And going by your definition "the art or science of composing or performing music."

Artists that play these different genres of music 'perform' and they 'compose' their songs in order to craft music.

You sir, are grasping at straws and have invalidated yourself with the definitions that you have provided in order to disprove me... because I was rude? Eh.

It does not matter what your opinion is. Music is music. Fact. I am not trying to assert any authority over what is and is not music. That is what you and Spurgeon are doing.

Just because you have some sort of bias or you dislike something, does not make that thing 'not music'.

You also say I am presuming? Presuming what? That music is music? That makes zero sense and does not even deserve a proper response.

I guess I'll have to repeat myself. If I scream, I may be expressing a feeling but it may not be music...

To drive my point home, is this music to you?

Why wouldn't it be music? They're just idiots.

If you take the screaming out of context, it is not music. However, when you have intruments, forming a melody, a song has been composed and someone is using screamed vocales to convey an emotion, it most certainly is music.

Just like spoken word is music (note spoken word is not rap, rap is music too by the way). If people were to read a script and call it a day, that would not be music. But to read words in such a way, that it reflects the melody of a song, it is certainly music.

You clearly have no knowledge of time signatures, rhythms, or music theory for that matter. You can not decide what is and is not music beause you have a clear bias against it.

I am not a fan of country music, but I cannot claim that it is not real music, because of the lyrical content, vocal style, and I cannot claim that a banjo is not a real instrument or anything of the sort. That would be completely and utterly wrong.

I did not want to have to do this, but I actually have knowledge in music, having studied it and being in a band myself, witnessing many forms of music before my very eyes (and through my ears). Some things I did not like, some things were surprising to me. But I was never ignorant enough to claim that it is not music.

Put in short, you can educate someone who wants to be educated. You can reason with someone who is willing to be reasoned with. And then there are people like you, who will not listen, despite their lack of knowledge.

Like I said, if a song has been composed, has an arrangement of different sounds and rhythms, conveys emotions, can be performed etc. It is by definition music. People can either dance, sing a long, or 'mosh' to said music. Different genres of music tend to convey different sounds and emotions. Your lack of musical knowledge is similar to those that would claim that rock is "the devil's music". When such statements are made, it is hard to take the person seriously.

You don't have to like it, however, it is still music regardless.

For context, I would not argue with a doctor what is and is not an organ. That would be completely foolish. The doctor has studied human biology, while I have (to a lesser degree), the doctor's knowledge in such regards to the human anatomy surpasses my own.

You are just claiming it is not music because you do not think screaming is music. Which means you have ignored the point. In what circumstance, has any of these genres, only contained screaming and nothing else? Let that sink in for a moment. 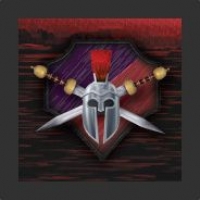 While I agree with your sentiment, just because something is done badly, or in a lazy manner, does not make it any less so. They are all music, the rest is up to personal taste.

You're the ignorant one, because I play music.

I have been playing Irish music for over 10 years and took 3 years of formal lessons in piano as a child, now I play violin in an orchestra and I love music.

So the day you'll realize that your studies in music does not give you the right to judge people on what they personally define as music is the day your brain will expand.

You are rude, and know that the rudeness game can be played by everyone.

And I won't honor you with a counter-argument though I have one ready, because you upset me.

I doubt it would have been a productive counter argument anyway, considering your last response was just a man screaming out of context.

Also I study AND perform music.

You have a clear bias, and you do not have a solid argument. THAT is why you choose to let this argument go. You are upset because you have no argument to lead with. Besides, there is nothing to argue. Music is music. A movie, is a movie. A TV show, is a TV Show. I do not understand how this is a difficult concept for you, but it is what it is. Music evolves into many different forms. What music is now, is different to what they would have listened to in the Renaissance.