Optimistically assuming that Konami is going to get $30 per copy sold (early on at least) you're looking at a requirement to sell nearly 3 million copies to make a single dollar off the game (2.66 million at that revenue-per-game).

Then there is the marketing budget, which itself could easily be a few tens of millions of dollers. Meaning it will have to sell maybe 4.5- 5 million copies at full price prior to making a dollar's profit (letalone be a good investment return on upwards of $100 million).

It is unlikely to make a profit day one.

Budget wasn't near that.  I remember reading an article about MGS4's budget.  Interviewer asked one of the producers if the 60 million dollar budget was true and the producer was quick to debunk it.  He said if that was the game's budget, it would have been multiplatform.

its not expensive, it sure includes groundzeroes and the Fox engine which was also used in the recent Pro evolution soccer, Ground zeroes alone sold 2 Million units and that was a demo which should be profitable a lot

Playing fast and loose with the term "will easily be profitable day one" guys... Kojima's cult is real.

Also, the report specifically says Phantom pain budget is 80 mil. Why are we lumping GZ?

and let's wait for the reviews at least before calling the game a commercial hit. 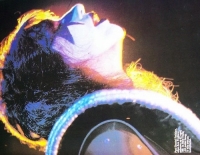 Max Payne? Did you get the right game? That's also incredibly small for something like Uncharted 2.