It's kibda expensive to get the original, but it's available cheap at PSN, it doesn't seem to look that good there though, as it's a PS1 game.

If you think you can take it, I strongly recommend it. It's a pretty big game, a four disk JRPG, it's linear and not that hard (the US version, the original JP version is). It had a unique battle system, you'll need to actually spend time on battles, it's not pick an attack on a list and use it, it's do it by yourself, you pick one and do it slash by slash, you fail it's your fault, less damage, harder and longer fights.I just love it, some other people don't xD

Try it, you can end up loving it as I do XD

The Super Mario series, and most other Nintendo games in general. Also Halo: CE, especially when playing couch co-op with a friend. Never gets old.

Castlevania symphony of the night, i think i have beaten this game and collected all the items like 20 times on various devices. Maybe i should buy a 360 just to play it again with archievements. 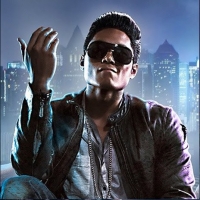 I think all of the Zelda games have that magic in them, you start playing during the day then look outside and it's dark.

The Devil May Cry games had me the same way.

You are officially the man, Prime was magical.

Grim Fandango. Play the remaster, it's out now!

Final Fantasy IX, Conker's Bad Fur Day, Paper Mario TTYD and Rayman Legends are some of the games that make me smile everytime I play them!

I'm interested, but c'mon man, it's on Steam, amma' gonna wait for them sales. Plus, I need to finish Persona 3 FES first! That game just will not end.

By the way, Christ, didn't know that people were still posting here, this was posted more than 2 weeks ago.

Yay, the more love for Paper Mario the better! Rayman's cool too tho!

Skies of Arcadia.... my god I got so attached to that Universe. Would take SoA remake anyday of FF VII.

Majora's Mask
It's atmosphere alone really makes it special to me, but combined with that it has awesome gameplay makes it one of my favorite games of all time