I think I had never been defeated in scrolling down against a loading webpage until now. Took me a while!

Alright, some quick comments before getting into the whole data:

· You awesome Smeags, come 'ere I want to kiss you.

· Dead Rising is 306. I'm sad it is that low, but I'm glad it made the whole overall list. On the other hand, it is the 11th Best Game of the Year in 2006, a game full of gems, and that's no easy feat for a launch game! Alternatively, Dead Rising 3 is the 8th best Xbox One game right now.

Is it bad that I don't agree with almost every single one there? Aside from Uncharted 2 and A Link to The Past. Resident Evil 4 is awesome as well, but you people already know my stance on Resident Evil as a whole.

· The only Xbox exclusive on the top 50 is Halo 3. Then we have a bit of third-party games, a bit of Sony exclusive games, and everything else Nintendomination. 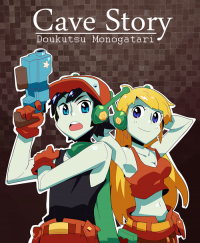 Good enough list I guess, though I really have to question how Other M made it in.

You must be excited for Woolly World then?

Top ten having 4 Zeldas and 4 Marios is not entirely surprising, but had hoped for a bit more diversity at the top.

Hasn't he been falling steadily?

Nintendo better be polishing up a nice new trailer for tomorrow

And by that I mean horrible job. This looks nothing like my list. I was very clear that Hotline Miami was #1.

Apologies master. I'll get it right next time! Please no lashes! (and by that I mean eyelash tickling, I'm so ticklish