- He says that the E3 gameplay battle footage was playable, but an earlier version. I believe he said you can still play the game on that level, but it was showing off more advanced moves and so on. I think he said it was a prototype concept that they are working towards in development.

- With regards to the "hold button for awesome" comments, he says that the defensive stance drains MP, so you can't just hold the button forever and be invincible. There are also more technical aspects of evasion which are more advanced. For attacking, you hold the button for basic combos, but there are also advanced action aspects with regards to timing and attacking in certain directions, or influenced by equipment.

- He confirms you can jump in the game. The battle system in FFXV is Active Cross Battle (AXB), and Noctis is the only playable character. You control Noctis because the entire battle system is built around him and how the other party members interact with him.

- He also talks about the the weapon switching too. Instead of active weapon switching during combat, it uses player settings prepared in advance. This is likely part of the gambit-like system he talked about before. The weapon used is automatic based on the conditions, but it sounds like the player has control over how those conditions are determined.

There's at least an attack button, a defend button, a skill button, and a jump button.
- Holding defend to evade drains MP, doesn't last forever.
- The attack button is used for basic combos, weapons used are context driven based on equipped weapons and context settings the player selects.
- The skill button is used to do special attacks for the main weapon equipped.
- There will be advanced evasion and attack techniques depending on equipment and control input.
- You can use the sword barrier defensively in battle, you can do short warps in the battlefield, you can parry attacks.
- There will be lots of tactical aspects in battle for core games, like elemental weaknesses and so on.
- Noctis is the only playable character, but his unique combat style and how the party interacts with him in battles is what drives the entire battle system.

The Dengeki article doesn't actually seem to be the full transcript, but it's pretty detailed for the parts it does cover. It explains more about the weapon system too. Tabata says that out of all your equipped weapons, you flag one of them as your "main" weapon. That allows you to use special attacks for that weapon. There's a manual special attack button which is different from the basic attack button.

It's sounding better, so good news.

A bit disappointing that Noctis is the only playable character.

Haters in 3,2,1...
In all honesty it sounds awesome and I fully trust Tabata to finish it, its going to be amazing.

I think it looks awesome. Hoping for a release window announcement soon.

I do think that because this was originally meant to be a KH like FF13 spin off, some thing like this will stick. 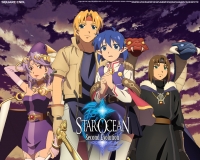 so far the explantion just seems like its goning to play like dmc ninja gaiden or any of those action games !

lets all hope and wish