No chance in hell unless you plan to sink a ship carrying PS4s.

Lets face it X1 line up is extremly weak to, its hopes and dream rest on the shoulder of freaking old remakes/ports.  mcc is not halo5 stop pretanding it is.

Considering that Microsoft has lost over $400 million from the XBone, I sincerely doubt they'd consider lowering the price anytime soon anyways. People have to remember; from the company's perspective, it's a lot less about sales numbers, and more about how much money they're actually making off the product. Nobody wants to spent immense amounts of money and then lose even more. Es no bueno. Hell, I bet Microsoft is regretting they're decision to ever make a $399 SKU.

If Microsoft STILL doesn't like the way sales are right now, and if they have any measures on the table to try and boost them, be they price drops or whatever, 'Sooner Than Later' really does come to mind,

Because there's the upcoming holiday season, and the inevitable fact that stores will be purchasing stock from Microsoft, Sony and Nintendo to prepare for Black Friday and Christmas shoppers. It's likely that both Sony and Microsoft will have been working to bolster their stock of consoles over the past year, and so will probably be able to meet most if not all initial demand from the stores. But last holiday season, the channels got stuffed with Xbox One consoles, many of which apparently ended up languishing even as the PS4 was whisked out the doors at high speeds; if sales trends continue, and the PS4 continues to keep ahead of the Xbox One in September and October, it's likely the big retailers are going to notice. And, noticing this, they may set aside more of their inventory space for PS4 hardware as a 'sure thing,' giving it an edge in the all-or-nothing madhouse that is Black Friday. Because even if both consoles sell out nationwide on Black Friday, if more PS4s were stocked in the first place, PS4 still 'Wins.' xP

A price drop of that size shortly before Black Friday might re-energize retailer confidence in the product. On the bright side, even if the price drop doesn't occur, if the Xbox One sells gangbusters ON Black Friday, then stock ratios will likely be equalized by the time the Christmas holiday rush rolls around, especially if it maintains those strong sales throughout. 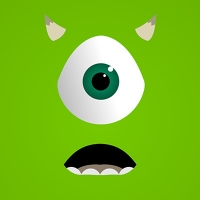 i think the year itself gave us a pretty clear perspective what consumers wants, and i don't think x1 will be on top of their list this holiday season

forza is not a system seller and the 360 version wont help the x1 either..

MCC is a remaster, not a sequel or must have, must play, halo fans already played them, some will buy for the online, nostalgia and it will make a bump, but not that bump you're expecting

for sunset we have the titanfall example, that was an fps and didn't do miracles the x1, so it even can do great in metacritic, but i dont think there will be much people hyped for it (new game/franchise).

there isn't anything that impressive this holiday for neither consoles, but multiplats, hype and desire for the product will give the PS4 a confortable edge this holiday..

Whats the point of selling more if ur losing billions while doing it?

Man another $100 price cut talk already? Damn its been only 2 months.
That would mean in less than 12 months MS cut the price of the XBO by a whopping 50%!!!!

Thats a "lock up shop we going out of business" price reduction. Companies cut that much so soon when they are trying to get rid of inventory or products that don't sell and is only good at taking up shelf space.

Its not price, its just not the console of choice, not yet at least, its going to have this issue all gen regardless of price.

MS would be better off rebranding and re-launching before they cut another $100, they would see better results. Its the concept of the brand in consumer's head not the price thats killing the console. $399 is an amazing price for the XB1 because its a good console. yet folks are not flooding towards it???

I have a theory, that is hardcore gamers are making a comeback. This will most likely not be a casual generation. You see it with the PC market. PC gaming is a hard core market and its beginning to spread its wings again.

Sony took this concept, applied it to the PS4, marketed it to a hungry hardcore audience, sealed and delivered it at $399 just as western economies are recovering a bit.
MS with the XBO pretty much did the complete opposite and tried to sell it to an audience that was no longer interested or have moved on (casual).
And this is without discussing the weaker console argument.

Like you said GameCube had the same issue, its mindshare the biggest problem, lower price did not help that shit.
Lets see what happens when better software drops on the XB1, see if it has the same effect that MK8 had on the WiiU. When that happens and software don't help it, well.........f#%k it.

while I agree with your general sentiment the personal attacks and namecalling is going to get you moderated here.  Tone it down.  It's just a friendly reminder obviously I can't ban you but I imagine those who can aren't going to like this kind of talk.