We all know the market numbers  so i wont bother showing them in peeps faces.

But seems to me both consoles especially X1 might be in a GC like situation where even when its price was less and always always cut to be less then PS2,  299/199 or 199/149 and finally 179/99 it all failed to really spur sales and PS2 still constatly double if not triped some times even quadrupled GCs sales (that is in NA).

Looks like MS just misfired with the X1, so im basicaly saying even at 299 X1 and PS4 at 399 it would still out sale the X1 in US and well same old same old in Europe and rest of the world.

199 would make things interesting, but lets be real that aint happenin and sony would cut to 299 if it some how were to actually happen.

Overall PS is just to strong and PS4 just a product done damn right, no matter what MS does theres a easy counter to it.

Nay. They should cut to $300 to better compete with the Wii U, since PS4 already has first place locked IMO. 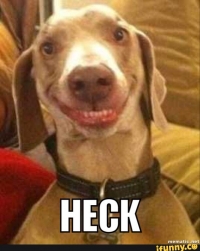 I actually think 350 is the sweet spot.

A price cut would definitely help (in the short term) but I don't think its the price that's the problem at the moment. I think its just the perception of the Xbox One at the moment.

It reminds me of the PS Vita price complaints. I sadly bought it early in Australia for $349. It's now MUCH cheaper but its selling worse. Price won't automatically fix everything, but it does help for a while.

I think a $299 Xbox One would at the very least sell on par with the PS4 in NA, but most likely outsell it. However, on a global scale, the PS4 would still outsell the Xbox One on weekly basis.

The longer they're taking their time the less it will help.

Yeah they did but to the average person they were still seeing 499 on the tag not 330. Big difference there. show 350 and maybe more people will buy. MInd games man mind games