Exactly; games like Mario Galaxy and Portal are gonna burn in the memories of gamers long after most other games.

Words that I myself could have spoken.

Pretty every single game that comes out in this day and age feels like we've 'been there, done that'. Even a lot of Nintendo's new games. The older generations wipe the floor with newer ones. To me the pinnacle was the 5th Gen, but you can't go wrong by saying it was the 4th Gen or even the start of the 6th. I agree we live in a mediocre time, and that DLC picture couldn't be closer to the truth.

Still, I keep getting newer machines for those few (and they are few) gems that do come out ever so rarely. 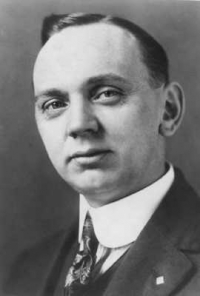 Confirms what I though: Gen 4, 5 and 6 are the golden age of the video game consoles

I made a thread about History and the future of the consoles, but it's probably too long http://gamrconnect.vgchartz.com/thread.php?id=187466&page=1#

I agree with your general feeling. Though there are still games here and there worth playing because they are innovative (mostly indie titles), or because I expect them to tell a good story.

My favorite generations are Gen 5 and 6. But Gen 7 and hopefully Gen 8 will be great, Gen 6 is my most memorable but I think that's probably just nostalgia clouding my opinion. Also I agree, graphics don't mean anything to me, I want good story, memorable characters, and great gameplay.

I agree with OP in that I feel last gen was the worst gen ever.

I remember reading in Neogaf a thread last year which was about the best games of the generation for PS3, the op posted the cover art of the games he liked most, and the cover art for everything was some guy holding a firearm.

There were many Playstation games I liked, the resident evils, the tomb raiders, crash, spyro, the jrpgs, Symphony of the Night, but the only PS3 game I like that I can't get on PC are Demon Souls and Virtua Fighter 5.
I can accet buying the PS3 because it also plays PS2 and PS1 games, but I don't think I will buy a console only for Virtua Fighter VI.

The best example of what happened last gen is Tomb Raider, it used to be an action platformer with puzzles, and it became a cinematic experience.

Trust me, it has nothing to do with nostalgia! Gen 6 was simply that great for gaming!

I agree with you, or atleast somewhat, but at the same time, there are a lot of games that you can't get the same quality in the past that you can in future gens because the hardware isn't powerful enough to do it. Will list some below.

On older consoles you also don't see many combo 3D games like Devil May Cry, etc. Nightmare Creatures on the PSX and N64 is one of the only really good 3D combo heavy action adventure game with a lot of exploration throughout the stages. The game is slightly better graphically on the PSX, but the N64 version is the best. There are two characters, and while Nadia works fine on both versions, Ignatius has some awful hit detection with some of his best attacks on the PSX version, many times going straight through the enemy. Ignatius works just fine on the N64 version. Although it could also be the PS3s backwards compatibility that's making the hit detection go out of whack for Ignatius(I no longer own my PSX to test this.)

I wasn't much of a fan of the first Tomb Raider on PSX, Tomb Raider 2 is where the series got good. Problem is, the game was limited by the hardware. Play any Uncharted game and it's basically Tomb Raider with much better everything. The only difference is that Tomb Raider has a bit more exploration with secret areas and what not, less automated jumps to make, etc. Tomb Raider does have those jumps you know you made but Lara failed to grab on, something that always pisses me off.

Then there's racing games. If you're into an futuristic racers, nothing tops F Zero X imo so you've got that. Need For Speed Hot Pursuit, Top Gear, and Top Gear 2 are some of the best racers you can get on SNES to PSX imo. But racing has went through so many advancements in control thanks to the hardware. Test Drive Unlimited is not only a beautiful looking open world game with over a thousand miles of road, around 300+ races, and a lot of vehicles, but as a simcade the game controls exceptionally well(my favorite racer.) Need For Speed Hot Pursuit 2 is the best standard simcade racer the genre has to offer imo.

So anyways. Just my view. I'll continue to purchase future games and collect those I consider good as well as picking up games I've overlooked for past consoles.

I totally agree, why does everything today must be so... uninspiring? Can't we have variety like in the PS2 era anymore? =/
That's why I have a Wii U and a PC, to play Nintendo games and sometimes indie/older PC games. I will buy a new PC just to play A Hat in Time/Theme Park Studio/One Late Night: Deadline when they come out, indies for me really are looking more promising this gen than anything else =P

About the magic part, it is just you getting old, kids probably still feel the way we felt back in the day, even with shitty games like CROODS or RIO...