Forums - Nintendo Discussion - Top 10 things I want to see from Metroid Wii U.

Shooting wasn't the main focus of the Prime games.. 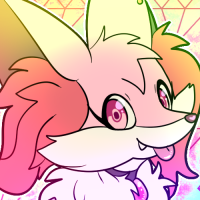 I approve of this list, I think you just explained my perfect Metroid game right there.

Also dun get why people think its too different, it seems pretty much like you mix Prime and Fusion make it creepy and give it a good story. Only thing all that different would be the open world and cities/colonies, which isn't really enough to merit a new IP

Doesn't make a lick of difference. Shooting in the first person is a core mechanic in the Prime games. It's an FPS. It's just a catagory. I never understood why people get to up in arms about it.

Nice ideas, but too many shake ups to the formula will definitely displease many people.

I like the idea of more open sections, but Metroid to me will always be claustrophobic hallways akin to Alien.

Although some more horror would be nice, really loved Metroid Fusion. Got genuinely scared a few times.

What aside from removing doors shakes up the formula too much? I never said anthing about more open sections. I said an open world. That doesn't mean open spaces. That just means that everything is loaded an interconnected from the get go. You'd still have claustrophobic hallways; they just wouldn't be devided. It would be a giant claustrophobic labyrinth with only natural barriers to steer your procression. No cave doors.

Thanks haha. I don't really think it's that different at all. Feels like a natural evolution to me. Especially the open world.

OT: I agree with some of the things on the list, although I can't say I support going for all of this on the very next Metroid game. After the screw up that Other M was, Metroid needs to absolutely nail the next title, and trying to go for a back to basics exploration atmospheric old Metroidy style game, while simultaneously focusing on voice acting and creating a city type world for Samus to explore, AND making functional online multiplayer, AND trying to balance gameplay segments switching between the zero suit and power suit sounds like WAY too much for a game that will most likely be about redeeming the series for the majority of the series' fanbase. Trying to cram all of this into the next game, and have it work as well, is a recipe for disaster.

Think of it this way; the next Metroid game will likely be the Dual Destinies of the Metroid series to follow the Apollo Justice that was Other M, if Apollo Justice had ruined all of its characters and completely forgotten what kind of a game it was supposed to be. You can't expect all of this from a game that will likely be spending most of its time picking up the pieces from the previous failures.

As a wishlist for the future of the Metroid series, I don't have many complaints; I personally preferred reading the lores in Prime to having them spoken to me in games like Bioshock, but I guess that's preference. As a wishlist for the next game in the series, I vehemently disagree with the majority of this. Metroid needs to take a game, focus entirely on the "Metroid-esque" elements that have made it the success it's been pre-Other M, and then, if it shows it still can do that well, we can move on to adding other things, like multiplayer or adding an optional city exploration element. Until it recovers from Other M, though, I will be completely opposed to any development being spent on something besides the core Metroid experience, so to speak.

I completely disagree. I think that if all the next Metroid does is play it safe and try to replicate past success, it'll be as much of a failure as Twilight Princess. There's no reason they can't get all of this right the first time. They just need to take the right steps. If all we get is Prime HD, I'll be extremely pissed.

Sure. Basically, what I'm talking about is a place Samus can explore that is populated with others. The best was I can describe it is the pub in star wars where luke meets Han for the first time. It does have to be as big or complex as a city in GTA or something. Maybe Samus visits the city because there's reason to believe that there is a nest of Metroid larvae, and the entire city is at risk. Whatever, I just think that Samus is much closer to Boba Fett than people give her credit for, and a city of fugatives giving her bounties to hunt would be a cool way to explore that side of her.