The PS4 sales are strong... Xbone have a already know weaker hardware... so how much MS needs to make it competitive and at least sells on pair with PS4?

In my opinion MS needs at least cut the $150 of the console to make it sells close to PS4 numbers.

I believe too a $200 will start a domination in Xbone favor.

It is easy to see that... $350 is the minumin price that will make the consumer choose a weaker machine... $300 will be the obious choice even for me a PS fanbody.

What did you think guys?

I'm not saying MS will do that becuase the APU itself is already more expensive than PS4's APU and there is the Kinect... so I don't believe MS will cut that much but if they did then Xbone will be a hot product like PS4.

$300 ($200 pricecut) will be gamer changer... MS will close and change the gap to it favor in less than a year... after that just increase the gap.

I can be wrong too 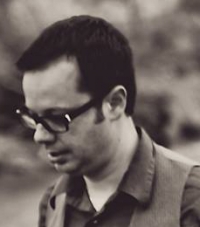 I think a $100 price cut and possibly a pack-in game. But not an M rated one. Something more casual that integrates Kinect fully or partially.

My guess is, we'll see something like this come E3. If not, definitely in the fall. But by then, Sony will probably drop their price, too.

It's about price parity and perceived value. A very fine line to walk.

Microsoft can afford to cut the X1's price but it isn't going to ever cut it by that much at once. Even if this generation is shorter than the last there is still gonna be at least five years over which MS can lower the price when needed. It would also be an admission of absolute defeat and I actually think a lot of people would question it's long term future if it had massive price drops over it's first five months.

X1 is doing fine and will receive a nice boost this month with Titanfall and bundles. There is no need for such drastic action at this point.

Nah. Titanfall will probably put an end to Sony's dominance......if the PS4 gets discontinued. 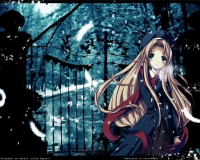 If they do that though, you can just about kiss the Xbox division goodbye. They already posted a 4 billion dollar loss on the first Xbox, if it happens again, that's just got to be it,

And yes I know they have tons of cash, but they still can't just give stuff away because it won't stay that way.

I think they just need to admit that Kinect is a lost cause, drop that piece of plastic out of the box and just make the console $300-$350. That way it will be very competitive with the PS4 and most people wouldn't mind buying the slightly weaker hardware for a bit lower price.

But I think M$ are too proud to just drop Kinect. They probably spent a lot in R&D for that device and now they just want to force on to consumers whether they want it or not. I don't see any 3rd party devs taking much advantage of it either.

They cant get as many losses as before investors are pissed at how little money Xbox makes.

If the price is $400, I think it will be competitive enough.... Yea its still weaker but the difference wouldn't be as hard to justify the purchase

Define "competitive"? You dont generally keep up with a platform that is breaking all records.

You dont have to be vying for 1st place to be competitive. As long as you maintain a reasonable percentage of marketshare, your platform will continue to get support and will thus continue to sell when it becomes more affordable. It also has nothing to do with how powerful or weak a console is, so Im not sure at all why you put that little dig in. As long as the systems continue to get the same games, the general consumer wont give a shit - See the 360/PS3 split.

Xbox One has plenty of games left to push it in the coming Months. To cut it by $150 at this point would be brand suicide in terms of consumer trust. Theyre relying on value bundles which is the better bet than huge panic cuts. It helps them lower that bar for profitability while continuing to show value... And yeah, its a lot of value thanks to Kinect.

Expect small cuts in key markets (UK already has it) and continued value bundles. Kinect Sports will be next up, likely accompanied with a US pricecut similar to the UK/Titanfall cut.

The early days are all about legs. Maintain the legs, build the userbase, support will continue. Thats what theyre doing in Western markets.

I agree that a $150 cut is necessary, as it needs to be priced below the PS4 (and without Kinect to not cause a huge loss), to seem like the right value for what it offers. The word is already out that the PS4 is more powerful, and not just by a slim margin, like last gen. Of course, it's mostly going to help them in NA. I would imagine sales would equal or be slightly above PS4's sales there, if they did drop it. They will still sell poorly in Japan, and EU is still Sonyland.

The only problem, though, is MS isn't going to cut that low. Not yet, anyway. And by the time they do (maybe next year), it will be too late. It would also be enough time for Sony to be able to get the PS4 down to $349, which would make the cut useless, as they would be the same price.