First stage is denial, you will like it once you try the game out.

and many that champion it as the next halo are all ms xbox fanboys.

reasor for hype and hate is all the same.

I'll be getting the PC version in the future *-*! 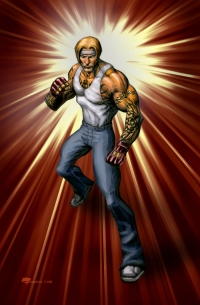 Looks like a cross between Call of Duty and Shogo Mobile Armor Division, not a bad idea actually.

When it was first announced it looked interesting. Then as time went on and all we'd ever seen were those scripted gameplay trailers, I was getting annoyed with lack of details. Then I got interested in it again when decent gameplay and stuff started coming out. Then I started to worry about it's overall success because of the idea that you are limited by it's use because in order to play, you have to pay more. It's no different to any FPS MMO in a sense. Then with the recent Beta gameplay I can honestly say I've had enough of it. Not because I'm playing it, not because I'm jealous because I don't own an Xbox to play it on (have a PC that surpasses minimum specs).

I've had enough of people going on about it. Same effect Breaking bad had on me, people wouldn't shut up, so I didn't watch it. Probably never will.

Its the most competitive genre. People will always want new guns, new ways to play and new obstacles and new people in real life to shooter the shit out of. The went full multiplayer because thats where all the signs are pointing to. I hear Ubisoft is doing the same thing with the Division.

tf2 will be awesome if it does have it, likely will!

People are entitled to their own opinions.

I think it will perform better if the hype dies out otherwise a lot of people will be disappointed if they go into it thinking its a COD killer because its far from that.