It's time to admit it guys... Titanfall looks awesome. So... there is no need to go around in Titanfall threads screaming: "Titanfall sucks!" or "I'll wait for the PS4 version, thank you very much". The game is coming to PC, Xbox 360 and Xbox one. Those are three ways of playing the game so why do you go go around crying over Titanfall not being on the almighty PS4? Just play it on your old Xbox 360 or get a Xbox One! "But... but... the PS4 version would run the game at 1080p and 60 fps"... so what? The PC version could probably run it at 4k and 120 fps.

So, why won't you let people hype the game guys?

Because there's always people that have to hate on a highly anticipated game. 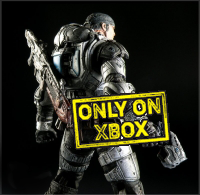 If you go in titanfall beta feedback and impressions thread you will notice few ps fanboys are liking that game and are saying it openly. There is no denying titanfall is a great game and it will sell like hot cakes and even give xbox a nice sales boost.

because FPS need to die. don't care if it's titanfall, killzone or half life, they all need to for at least one generation.

most complaints in a nutshell:
"because i'm butthurt that it isn't coming to my platform of choice"

Me too! I hope it comes to Wii U too!

I didnt think it would be as fun as it was, going to give the pc version a shot tonight and get to level 14 allover again. If you hate FPS wtf are you doing on this thread?

I actually think it should be flattering to want it on your console. :)

I am going to check out the PC beta soon but from what I've seen it is CoD with mechs. Lame......

in response to 0815User FPS does not need to die, lame casual FPSs like CoD need to die.