Forums - Gaming Discussion - If One Of The Big 3 Went Bankrupt, Which One Going Would Be The Best For The Gaming Industry?

Which one would be the best for the industry? 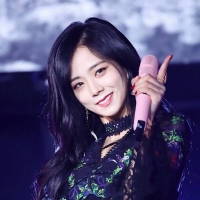 If I have to choose I say Microsoft, I have always liked more the Sony's first-party offering, even if I liked Halo too, just doesn't appeal in a whole to me. Nintendo is in 2nd spot for me, I wouldn't like they quit.

I voted Microsoft. They have virtually no first-party games (Halo? Gears of War? Crappy Kinect games?) They are also the newest, but it's pretty much following the same path Sony is with it's consoles, but Sony is doing it better.

If you say Nintendo so more could enjoy their games, that seems a little hypocritical to me.

OUYA. Because they're already irrelevant.

Close between M$ and -$ony neither are gaming companies primarily, and thirds dominate their identity. Gaming was fine before them, will be fine after.

The way things currently sit, I guess it is Nintendo.

People saying Microsoft leaving would be best don't know what they're talking about. Games library is the least important element of this debate, as any library would go multiplatform the instant one of these companies went under.

Whilst Nintendo has offered great and unique innovation, the reality is thats only occurring every second generation these days, and it just isn't keeping them as competitive as the other two players in the game.

Microsoft has been innovating consistently and effectively. Sony has embarked on a long process of trying to keep up with ideas Microsoft has already had, implemented and made mainstream (on-line, controller-free motion, cross party chat, multimedia powerhouses etc). Sony's idea of hardware and services innovation is just more power. Whilst all three companies are innovating within games, this is not relevant to this specific question as, again, IPs and studios would go multi-platform immediately. Nintendo has been the genesis for many great ideas (like motion), but it has consistently been Microsoft that has found a way to make them mainstream, expand them etc.

Hmm, I'd go with Microsoft since the XBO shares most of the same games with the PS4. I wouldn't really miss Halo or Forza.

Which one going bankrupt would help the gaming industry the most, or effect it the least.

Well MS and Sony are competing against each other and competition drives innovation forward so the answer its pretty obvious.

How about this. Microsoft leaves and Sega returns.