haha reminds me of the Cell, except underpowered. 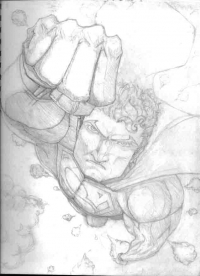 The reason you can't say this is because it has been proven time and time again that what you wrote is completely false. How do you know if the One's co-proccessors are more powerful at all, let alone significantly more powerful? There is no proof to your claim. The One's CPU has been upclocked, yet we don't know what the PS4 CPU is closked at, so again, where is your proof? OpenGl is a powerful refined piece of software, so what?

The reason people say the PS4 GPU is more powerful is because it is true and there is a crap load of evidence that backs it up.

For some reason when you expose the truth xbox one loyalists cry foul, claim misinfo and FUD, and make up imaginary numbers and spew lies about how the One is more powerful. It's pretty pathetic and makes them look a little on the insane side. Maybe obsessive instead of insane. No matter, it looks friggin pitiful.

KillerMan, we shouldn´t just add up the GPU and CPU performance to get the overrall performance of the systems.

For some tasks, indeed, the CPU usage is much larger, some don´t use GPU at all, however for graphically demanding taks  the GPU usage could be any where from 70% to 95% (cutsceanes?).

And then we have the OS, APIs, Drives and so on.

That´s what Pennello have been talking about. It´s not a easy comparison.

Funny how much specs count if one's #Teamwin has the better specs. 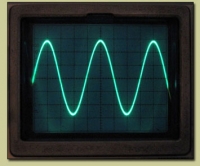 You egg people on to argue over these sorts of things from what I can see, if we take this very post for example, your opening line is obviously a crack at playstation fans, your next line in defence of the topic despite no real evidence from anyone to support any of the claims made on either end of the loyalty spectrum.

And then you finish up by adding something completely abitrary and irrelivant to the argument hoping to get a rise out of someone.

This is a day one xbox one owner telling you this, for the record, it doesn't matter to me which console is more powerful as i will be getting both on launch day, but it clearly matters to you, you might want to think about that before dispensing your cool off advice.

I'm quite surprised that nobody has made a thread yet about the one thing where the Xbox one has a clear advantage over the PS4.

The size of the console!

iamdeath I want to personally thank you for also seeing the ignorance in these posts just as much as I do.  The fact is this post and every other one like it are just desperate attempts to find one number on the X1 bigger than the PS4's.

We all know which numbers matter, and they are bigger on the PS4. #Dealwithit