Many discussion on the internet are about the GPU and how PS4 has a more powerful GPU than the Xbone, while this maybe true MS has other competing factors which will help make the games better.

Secondly consider the CPU clock for the Xbone is almost 10% higher than the rumoured clock for the PS4, This 10% addition can have a massive impact on the game itself.

For the last generation developers have been trying to get a handle on splitting sections of the game to be processed on different cores, trying to take advantage of the multi core set-ups found in modern day consoles. Although some have done this well, we cant escape the fact that the main loop cannot be split that efficiently, the result of having a clock 10% higher allows the main loop to process 10% more data than the PS4.

Now Obviously the PS4 can offload some tasks to the GPU ( although the CPU bandwidth is 50% less than the Xbone), but this reduces the advantage that the PS4 has over the Xbone, and it reduces the processing power available for the graphics.

The Xbone also has a larger / more comprehensive Audio engine and Is capable of producing high quality multiple channel audio, the PS4 also has an audio engine, however even Cerny has stated that he can see future games using some of the GPU processing to allow better audio. If this did occur, the percentage of GPU available for the graphics will also take a hit.

The Xbone also has the advantage of full Direct X 11.2, which for those that are not aware allows developers the ability to access the graphics pipeline at any point, to remove or add. With the Xbone's Special source processors the GPU tasks can be offloaded and sent to a specialised compute engine, processed and then returned into the graphics pipeline.

The processing power numbers people are throwing around do not include the additional compute engines, or the ability to send back the CPU(30mb/s) for other( different processing). Most developers are not used to this thinking and it will take a few years for them to work out the best way to use these processors.

Overall, the Xbone one looks to be the more refined system designed to produce less bottlenecks. The secret sauce of the Xbone needs developers to understand how to use it to get maximum benefit. This plays into what 3rd party developers are saying, i.e. that the PS4 is more powerful than the Xbone. This stands to be true considering that many will not be using the secret sauce and are doing direct ports.

Moreover it stands to reason that MS marketing regarding 2nd and 3rd year games being better could be justified due to more developers using and understanding the secret sauce.

People have also been discussing memory bandwidth, and while 8GB GDDR5 is great for gaming its not so good for CPU tasks. Cerny gave a talk discussing the benefits of different memory architectures, he explain there were a huge number of benefits of using on-board ram like the Xbone and Wii uses, but then went on to clarify that using this would mean that it creates a problem that would have to be solved by software, hence they used gddr5. Microsoft rather, as they are a software company solves these issues and as demonstrated with the DirectX 11.2 demos can stream more than enough textures to the display nulling any comments about GDDR5 being able to do it better.

While over the next few months more will come to light about the different designs the Xbone is no way out of the race.

LOL no this is old and totally false. Desperation at it's finest. 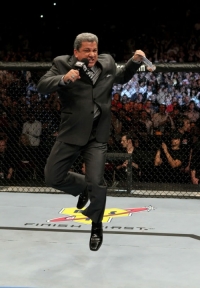 I'm sick of hearing about specs.
Why do people type xbone. It's easier to type x1

Just to make the specs reliable both have CPU bandwidth at 30GB/s... 20GB/s is wrong.

The PS4 CPU have a link to the main memory of 20GB/s while the Onion(+) between CPU/GPU add 10GB/s... so using the two bus PS4 CPU have 30Gb/s total cache-coherent bandwidth.

The Xbone too... the diagrams shows 20.8GB/s direct link from Jaguar to memory but they stated 30GB/s because there are another bus to make the coherent-cache.

This CPU part is almost identical between PS4 and 360.

On my keyboard Xbone fells easy and fast to type than x1... x1 I need a delay between keys... Xbone is typed in one fast way.

can you please provide some sources for your claims?

No too mention this BS is totally wrong and devoid of any facts,, and has been ripped to shreds numerous times. people are googling any rumour and posting it as fact, it is beyond sad at this point.

Maybe because the X1 is already a dedicated electronic device...