n nature, living things evolve through changes in their DNA. In an animal like a chicken, DNA from a male sperm cell and a female ovum meet and combine to form a zygote -- the first cell of a new baby chicken. This first cell divides innumerable times to form all of the cells of the complete animal. In any animal, every cell contains exactly the same DNA, and that DNA comes from the zygote.

Chickens evolved from non-chickens through small changes caused by the mixing of male and female DNA or by mutations to the DNA that produced the zygote. These changes and mutations only have an effect at the point where a new zygote is created. That is, two non-chickens mated and the DNA in their new zygote contained the mutation(s) that produced the first true chicken. That one zygote cell divided to produce the first true chicken.

Prior to that first true chicken zygote, there were only non-chickens. The zygote cell is the only place where DNA mutations could produce a new animal, and the zygote cell is housed in the chicken's egg. So, the egg must have come first.

Then lets wait and see. I only stated the events of the PS2 era which lead to Sony getting preferential treatment solely because of demand and not needed to pay. They don't need to pay, the people make that decision and Sony is hoping they side with them. Thats all they can do because they will not pay to be treated better than Microsoft. The only time I remember that happening was when they paid Rockstar fifty million to keep GTA as a timed exclusive on a three game contract. In the early 2000's that was a lot of money, but not so much anymore.

Do me a favor. Search on google for NFL fantasy league management and tell me if you find any mention of XBO.

Then return and continue to try and argue this is a selling point. It's a nice feature, but won't push units. Stop fooling yourself here, you're embarrassing yourself.

If it isn't in the media, how do you think the mainstream will know of it? It's simply not gaining any attention at all, except to you...do you know how advertising works? Lol

Futhermore, do you think XBO commercials are going to feature games or NFL fantasy football? I rest my case...come back to reality okay?

I saw the Microsoft Xbone advertising this weekend at the NFL celebrity flag football game. They are the official brand of the NFL now. All that money they paid the NFL actually benefited them somehow.

No but when they take a break they will have a xbox one there showing what it can do. All the ESPN shows about fantasy football pics. Do you know how many sports radio stations are out there. The point being they won't talk about it tell it's launched. Football essentially starts next week.

I do advertising smart guy. So you need to come back to reality.

If you don't think this, you are the one that is lost.

Obviously, since MS partnered with them. Probably for a few bags of money.

Use your ← → (arrow) keys to browse more storiesNext 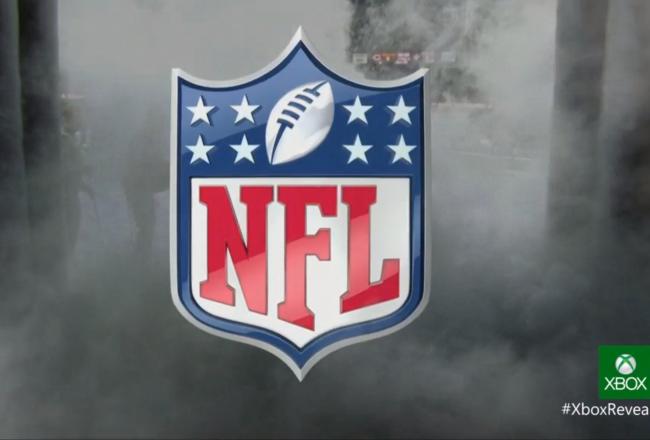 Microsoft, you have our attention.

A video-game-mad world sat with eager anticipation Tuesday when Microsoft announced its next console, Xbox One. As we would soon learn, there is indeed a great deal involved to interest sports fans.

Mashable brings what has to be amazing news for fantasy football owners who were already planning on plunking down a handsome sum to get the console whenever it releases.

One of the most interesting developments is that the NFL will partner with Microsoft to bring exclusive content to the system as well as to an owner's "tablet and smartphone apps that ties the TV experience in with your fantasy league teams."

In the simplest of terms, users will be able to watch live games and get updates on their fantasy teams all on the same TV screen.

NFL Commissioner Roger Goodell had this to say, via Mashable.

From the use of instant replay to the yellow first-down line that has become an important element of the at-home television viewing experience, the NFL is committed to leveraging technology to improve our game for coaches, players and fans. We're thrilled to be teaming with a true innovator like Microsoft to shape the future of the NFL game experience, both on-field and in the living room.

The following video hints at what one might expect from the marriage of NFL coverage and Xbox One's software.