damn mister you have balls to make this thread , respect.

This single word makes me disagree with your post: Temple Run is a free game, as are Angry Birds and League of Legends. As such they are guaranteed to VASTLY exceed the Mario games sales (except LoL totally doesn't), additionally the combined userbase of Android and iOS / PC vastly exceeds the userbase of the current Nintendo consoles, providing further DOWNLOADS.

I know what you mean. Monday Night Combat, a downloadable third-person shooter, is 800 Microsoft Points, or $10. Therefore, I am appalled that Microsoft and Sony have the gall to charge $60 for Gears of War and Uncharted.

I don't believe anyone would agree with what I just said. So, unless you mean to imply that 2D sidescrollers in general are somehow not worth as much as other genres, the OP makes absolutely no sense. Nintendo's continued success in this area is evidence that people find their prices fair, and the developers behind Trine and Limbo would absolutely love to sell their games for $50 or $60. The problem is, no one would buy those particular titles at that price.

And before anyone accuses me of bias toward one price/format/whatever else, I recently purchased both New Super Mario Bros U and Trine 2: Director's Cut, thoroughly enjoyed both, and thought they both provided great value for their prices.

Maybe it's just me, but I find that Nintendo's games, though they are 5 times as expensive, take about 5 times as long to play through and/or complete. I mean, I really like VVVVVV, and it's about 10% of the price of NSMB2, but it only takes about 3 hours to beat the main game, and the bonus quests are generally garbage. NSMB2, though it lacks the ingenuity of VVVVVV at its best, is much more consistent, takes 30 or 40 hours to collect all the star coins, and also has Coin Rush mode.

So, in short, I'd say that both games are appropriately priced. Maybe I'd think differently if there were more cheaper games that could match the Mario style, but there aren't. Most of the Great indie/downloadable platformers avert Nintendo-style tropes and mechanics, so that they simply play differently. 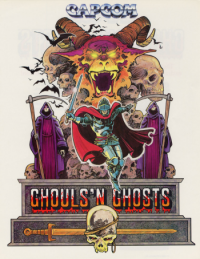 My friend don't waste your breath with people who only talk games instead of buying them.

..... I payed 50 dollars to go out and get some drinks with some friends downtown.  I also went to Chili's with my wife and got just as drunk for 30 dollars.  I don't feel either was unreasonable, becuase they are providing to differnet experiences.

You're not following the thread...

"Also, if others are offering more interesting games at a much better price, then why aren't they outselling Nintendo games?"

nintendo would never see my money.

I wasn't implying quality I was implying value... Where value can be a result of quality and/or any other contributing factor.....

Also, they were two among many others, many I haven't even listed.