GT4 have hardest licenses than GT5.

oh c'mon, that's lame posting. anyone who says the opposite would automatically be *not* a fan. so please, stop such postings as they are of no help. as it was said before, of course forza can be adjusted to be hard.

You are full BS.

Internaltional licence aren't easy, but they aren't that hard. Special Events (Like AMG Academy and Lotus Top Gear Run) are moderatly difficult to get a gold in, but not that hard, and they account for so little of the game (Can't say GT5 is hard because a couple Special Event races are).

Clearly, you have played both games.

So which do you think is harder?

Yup ethomaz, full of it. Claiming your opinion, without even playing the game on higher levels, as everyones.

I know about online mode, GT5 and Forza both have it, and it does add to the replay value, but when did I insult the replay value? I only ever insulted the repetetiveness of single player mode since it can be done almost entirely with 3 different cars. You're changing the arguement because you know you're wrong and won't admit it.

Also, who cares about seasonal events? Now I know what you're reffering to, and until this point we've only been talking about single player(offline). Both games can be super difficult online with great opponents. Pulling up this card, when were talking about single player and calling me a liar, that just shows that you can't argue that GT5 is difficult in single player. Forza 4 has those same online modes, heck try and beat my Top Gear track time in Forza 4, that will be a much harder challenge for you then anything you've done in GT5. Heck try to get a good time in any of the online challenges.

Next time, before you go out and call Forza 4 easy, play the damn game. You can't claim a game is easy after beating the first few races, and then go claim another is hard because in online mode there is competition.

Most people in here arguing probably hasn't even played both Forza 4 and GT5.

From someone who has played both I personal;ly believe Forza 4 is better. It has more features than GT5. The auction House alone makes Forza 4 more worth it in my opinion. I love seeing some of the designs people make.

both are great games but people seem to be arguing about popularity over quality.   Because of the features that Forza has and the over all racing experience, it will probably be the last time I buy both Gran Turismo and Forza.  For now on I'll most likely stick with Forza unless Gran Turismo starts to get better. 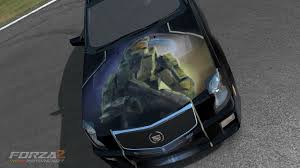 Take a trip over to the fallacy thread. Anecdotal evidence (which is what you provided) is one. ;)

I haven't played Forza 4.  But between Forza 3 and GT5 I say that GT5 is harder but it would probably be a lot easier if I where good in tuning cars.  Even with that being said its a lot easier to make fast and easy money in GT5 espceially in the seasonal events.

They are the extension to A-Spec and B-Spec... there is a new event every week... every GT5 player cares about Seasonal Events.

I don't care too much about them they are a easy way to make a lot of money even if you don't finish in the top three.