It is a really odd combination isn't it.

At least Bioware is very good at creating good games so I'm sure it will be very good.

The thing I can't figure out is when they first hinted at this game Bioware said it would be a new IP but C&C is not a new IP.

Who else saw the Last of Us trailer and immediately thought 'I Am Legend'?

I do admit that I like how Metal Gear Rising is embracing how stupid its premise is. Yeah, Platinum Games!

The Last of Us looks like a mature zombie game, like if the Walking Dead got a game made after it that would be it. Thats a great thing btw.

Wish they had shown actual gameplay though.

EDIT: Also, if it looks that beautiful during actual gameplay......holy fuck.

Fortnite doesn't look half bad but the last of us left me speechless.

Yes, exactly what I thought, and I loved 'I Am Legend' so I'm getting more and more excited about the game. 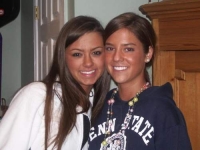 Omg omg omg the last of us looks amazingggg :D
and i remember being a kid when tony hawk was popular, be kewl to see how that turns out

It's not my fault you have a bad taste in videogames

But seriously most people adore the majority of Bioware games that have come out in the last 6 years. Granted there are a lot of people on this site that hate Bioware but that's because this site has a different (if not slightly biased) view on videogames than average.