I think basically Iron Man is going to save this Franchise. I don't know if The Green Lantern is involved, but Thor and Captain America are not that big of draw either. If this movie does good then all of these other movies will do much better the next time around as more non-super hero comic fans will be participating in going to see it. Who here plans on watching it when it comes out?

I plan on watching it.
Thor is decently big,it did $445M,and it looks like Captain America will do similar numbers,if not bigger.Iron Man is very popular,yes,but through Robert Downey Jr.,since he has a lot of star power.And dont forget that IM2 sucked,I wouldn't bet on IM saving this movie just yet.

Green Lantern is not involved (different company). Yes I will see this film.

Marvel has done a great job so far on all their movies. They have all been enjoyable if not stellar. I'll certainly be seeing the Avengers as soon as it comes out. It will be Hollywood history, I don't think anyone's ever attempted what Marvel is doing here.

Green Lantern involved? LMAO wrong company :P
I'm not very hyped for it tbh. The new Batman and Spiderman will satisfy my comic cravings though.

"Everything we hear is an opinion, not a fact. Everything we see is a perspective, not the truth." -My good friend Mark Aurelius 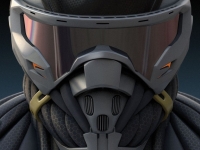 It has some stiff competition next year, especially The Dark Knight Rises since I have a feeling that movie is gonna be downright amazing. The Amazing Spiderman is so-so right now, only Andrew Garfield's acting prompts me to watch the movie when it comes out.

Short answer though, hell yeah I'll be seeing it.

As others have said, The Green Lantern is nor part of the Avengers, he's DC whereas The Avengers are Marvel, lol, so unless they did some weird crossover Marvel vs DC film, we'd never see them together, the other member you're missing is The Hulk, lol.

I'm planning on watching it when it comes out, and will see Captain America when that's out here too, I've seen both Iron Man films, both Hulk Films (Although they're using a different actor anyway... they need to find an actor that they can keep on instead of changing each film...) but not Thor yet, Thor doesn't really interest me at all, while the others do.

This summer, I had high hopes for Captain America and Green Lantern. I was a little "meh" about Thor and X-Men. I don't give a shit about Transformers after that last movie or Smurfs, either way. Well Green Lantern was a big green piece of shit (according to critics) and Captain America isn't doing much better. Meanwhile Thor and X-Men are critical darlings. What does all of this mean? If I'm hyped for it, it's going to suck.

With that said: I CAN'T WAIT FOR THIS MOVIE!! Captain America, Thor, Iron Man, Black Widow, Hulk, all in the same movie!? HOLY SHIT!! They've taken all of these multi-million dollar franchises and comic book properties and combined them into one movie. I couldn't be more hyped!