I don't know about the new spiderman, but I guess I just need to get over Sam Raimi. Well I am glad you are all going to see it. I would hate to have another dud on our hands after all of the movie tie ins. 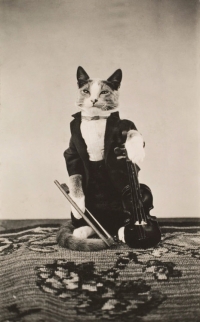 If you haven't seen them both already, I would strongly recommend seeing Captain America, it's actually good.  (Better than Thor)

The only reason why Cap America is doing worse than Thor critically is it has way too much America positivity in it for overseas critics.  That's all.


Check us out at the Vindication Gamer Network on Youtube.

It's crazy.  Last week, I checked rotten tomatoes and Captain America was only 35% fresh.  I looked yesterday and 75% of critics gave it a positive review.  Now, I can't wait to see it.  Wish I'd have followed my instincts and seen it on Sunday.

CAnnot wait to see it! What did you think of the GReen lantern? Going to see it tomorrow at the dollar show.

Other than it being a big green pile of shit, was there any redeeming parts in it. Would kids like it more than adults?

I know, that no matter how much I want and no matter how much faith I have in Marvel Studios, I will not see Hank Pym or Janet Van Dyne in this film. If they are it will be pathetic cameos. They are the essential Avengers characters, their main book is Avengers, not their own title. Yet I know they'll be left out.

This is besides the fact Joss Whedon is making it so it's likely to be filled with crappy lines, bad shots and have plot points that aren't explained and make no sense for no reason then to stroke his inflated ego.

Not seen Green Lantern... it's DC (I generally don't think DC characters make good movie material other then Batman as he has his relatable human side). :P

Well I thoroughly enjoyed Captain America, though i can see how many might disregard it for being to American. But I also really enjoyed Thor, Iron Man and even Iron Man 2

Ok, yesterday I completely geeked out in Marvel Studios' movies and watched Cap, Thor and Incredible Hulk all for the 2nd time. You know what? I liked each and every one of them even more than the 1st time. I've seen Iron Man 2 twice now and it improved as well. I need to hunt down IM now and watch it so I can confirm what I think I already have found: these are all really good movies!

But ... The Avengers? I'm not a exactly a Whedonite, but folks ... there is no better talent behind any of these movies than there is with The Avengers. To say I am excited and pumped is like as big of an understatement as saying I'm straight. I have a grand fear that there will be no other Marvel movie that will be as completely entertaining as it ... ever. I'm not a youngster anymore, but I can say that this may be the movie that I am the most excited for in my entire life. The only thing that could make it nuttier is if they announced that John Williams was doing the music (dream a little dream ...) and if Sony and Fox wised up and figured out the licensing red-tape so that Spidey and some of the FF & X-Men could have small cameos (now I'm just smoking crack).

It's a great time to be a Marvel comics fan that loves movies too.

If it proves to be a big enough money maker maybe they would throw in for a piece of the profit in the second movie!

That's what was bothering me. They do include Black Widow but not Ant Man or the Wasp...