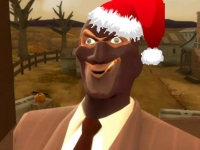 I'm sorry but if you think that the PS3 hardware sales will INCREASE as the years go on. You've lost your mind.

Plus in order for the PS3 to catch up to the PS2 it would need to sell 100 million more units. 3 TIMES the amount it sold now.

A system this old cannot sell 100 million more units, I do think the PS3 will get into the 60-80 million range but 137 million is too far off.

OMG PS3 is domezd, it has to catch itself!!!

Oh man, and he KEEPS posting damn long walls of text about the same thing. You can post in other threads after you made one, didn't they tell you?

I think the PS3 will finish above first spot!

I better fix that before the space time continuum explodes.

But yeah PS3 is domzed it has to catch itself in sales.

At least someone around here can still write a good joke thread.

isn't that what you are doing with PS3's competition?

But I agree with you, if PS3 outsells the PS2 then a miracle would have happened. (Kaz coming back ? xD )