Sniper Wolf Death Scene >> pretty much every other scene in any MGS, maybe except The Boss's death.

Only played MGS2 and MGS4, but I liked MGS2 a bit more.

I didn't include Twin Snakes because it was a remake. Plus, a lot of people thought the game's cut scenes were cheesy, as Kojima did not use MGS2 graphics, instead he experimented with different graphics.

Ghost Babel is a spin-off, and even though most people prefer it to Portable Ops (I wouldn't know because I have never played Ghost Babel), it is still not in the main series and have the Solid moniker,which is needed to be in this poll 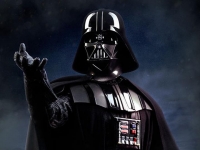 Easily MGS for the PS1.  There was nothing like it when it was released.  It had the greatest boss fight in the series (Psycho Mantis), Kojima used the dual shock and memory card in creative ways (hell, he even used the back of the actual game case to hide one of the radio frequencies), and the story was the most cohesive in the series.

For me it's MGS>MG>MGS3>MGS2>MGS4.  I was so disappointed in part 4.  There were a couple of great moments, but the game came off as more fan service than anything (and not a good attempt at that).  It tried to hard to be everything for everyone and forgot why people played the game in the first place (Stealth Action Gameplay).  The Drebin system rewarded you for going on massacres, all the emo crap got extremely annoying after the first couple of hours, and the ending cutscene seemed like it would never end.  Oh, well...here's hoping MG Raiden gets thing back on track again.

Just excelent games all of them. Probably the most 'consistently great' series in gaming.

As a personal favourite, my vote goes to Guns of the Patriots.


"You have the right to the remains of a silent attorney"

Ah yes that is true. Silicon Knights made Twin Snakes. It was sub-par for me. I mean, I was waiting for MGS3:SE and I was an expert in MGS1. The game became far too easy with the MGS2-esque controls. The cut scenes were cheesy. That was largely due to the facial animations.

I really want to hear a rationale for choosing Portable Ops. Just to humour me-XD

MGS1 is itself really just a remake though, of Metal Gear 2.

Honestly, I think Twin Snakes would've been a better option than Portable Ops (which isn't even a full MGS).