Forums - Gaming Discussion - come try out the game i'm working on for my highschool senior project!

um hi again. it's been a couple months since the last version, but i'm back with the new and improved sling ball game :b. please note that this is still not the final version (the final build will probably come sometime in may, which is the month the project is due.)

for my senior project, i chose to make a computer game. i'm making this with the lite version of game maker. i have been working on it for about a couple months now.

there is now a overview map where you can replay older levels (to try to get at par for a perfect score) the levels will be red for not compleated, blue for compleated, and gold for perfect (making par)

how to play: left click on the blue ball on the yellow area, pull the ball back, and let go to trow the ball. you can throw more than one ball, but you can't interact with a ball once you throw it. try to get on of the balls into the black hole to goto the next level.

tell me what you think of it.

It's pretty good, I'm liking it.

Decent... tough it needs sound and work a bit on the physics side ;) 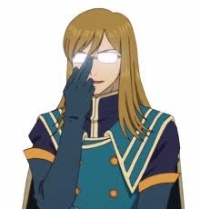 Very nice concept. You might want to change the background color, and don't make your graphics look like tiles if you want my opinion. Adding a few shadows on them with MS Paint is quite simple also. Oh, and the acceleration right after you let go the ball doesn't seem to be ''normal.''=P

For a little game made in two weeks, it's pretty good.

"Some people spend an entire lifetime wondering
if they've made a difference. The Marines don't
have that problem." -President Ronald Reagan

hey' i added another new version of the game to my download page. i added some more levels, better graphics, some better room transitioning (no more "um yay?" popup) and a few sound effects.