Once again, we are at the doors of the Nintendo Direct. So, as it is kind of/sort of tradition, let's make a bingo about it. 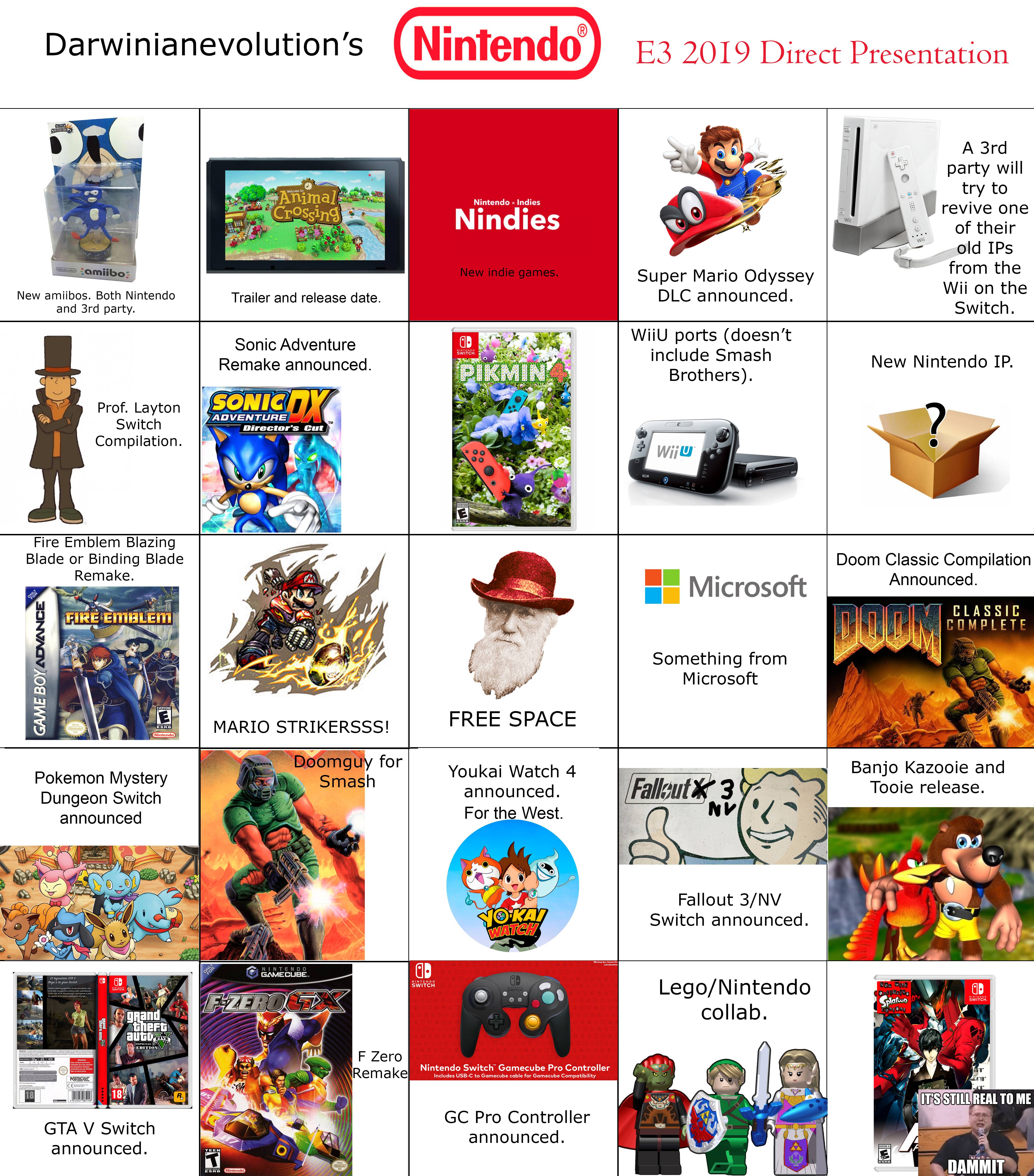 So, what do you think? What are we going to get? Put your predictions here, either with an image or with just writting.

Here are the templates. 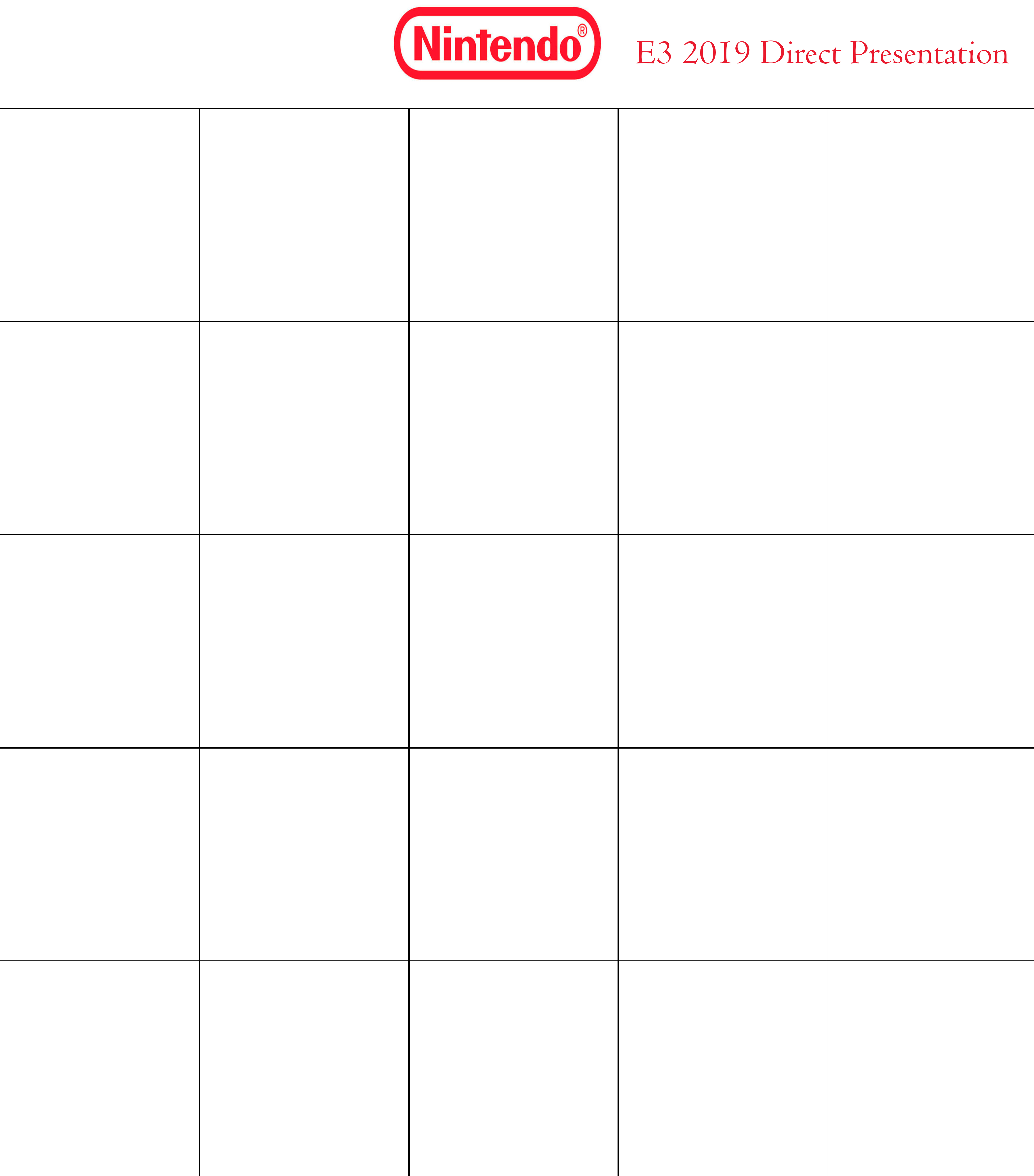 Same thing as every year.

I think I'll leave it at that. Actually had problems coming up with enough new stuff, as Nintendo already has brought so many flagship games to the switch.

Unlike some of you guys, I'm intentionally leaving out anything that we know for sure will be there.

I swear it's gonna be 2033 and people will still be predicting Mario Odyssey DLC to come out.

I mean, that's not too likely either, but at least it's a new game people are hoping for, there's always a chance Nintendo would just randomly decide to do another Galaxy sequel when making a new Mario game. DLC's, though, usually are announced up to a certain amount of time after a game's release, and I'm pretty sure that time is normally a lot shorter than 20 months. But, to each their own, I suppose.

I'm not a bingo guy, but I'm predicting

- Animal Crossing trailer and release date (December 6th), they spend some serious time on this one
- Luigi's Mansion 3 trailer and release window (Spring 2020)
- Pokémon Sword & Shield talk including everything we heard about in the Pokémon Direct and nothing new
- second Astral Chain trailer, delayed to November 1st
- Pikmin 4 teaser in the style of the Metroid Prime 4 one
- Bayonetta 3 mini-trailer a la 2014 BotW trailer. Ends with vague "2020" which will become 2021 by next year's E3.
- Indie game reel, ending with a slightly more in-depth Silksong trailer
- 3rd party games reel
- Some random new 3rd party collaboration exclusive will be announced for release in Spring 2020
- Launch trailer for Super Mario Maker 2
- "Speaking of games about making things", starts talking about that new Minecraft stuff
- Steve is the second DLC character for Smash, will be available TONIGHT

And that'll be it.

Edit: well, and Marvel Ultimate Alliance 3 somewhere in there, I suppose.