Now I specifically did not write that he is an overrated director (even though he is, considering everything). But where he is at his worst, is in telling a story. That sure encompasses or touches on a lot of things, for example directing. That is not to say that he has no talent. So here are some positives I could take from his work: Good taste in music (specifically referring to Death Straning, but it is good all around). Interesting concepts. Thick atmosphere. Evocative themes that seem ahead of their time. The drive to mix things up and the courage to make something original/untested.

That is already mighty important for a director and good on him that he as these down (which is surely not a complete list - please feel free to add positives and negatives from his work). But when it comes to making his characters speak words so that they sound like human beings, he falls apart. Kojima played us like a damn fiddle.

It is also all just so very silly. The mind control arm? Twins and secret clones and secret, secret clones and secret identities? Comas, ghosts, cyborg ninjas, lascivious latex ladies? Everything seems so convoluted and overly complicated. All the goings on in his games would suggest balls to the wall wackyness. Just a bunch of very silly games. But than they take themselves soooo seriously. With everyone crying for half an hour, trying to explain how bad war is, talking about their sins and smearing ashes of fallen comrades in their face. This does not gel. Pick a tone and then stick to it.

On the subject of crying for half an hour: his dialogue can be so heavy handed! Many parts of MGS4 are like watching a soap opera. It worked on me when I was a young teen (and perhaps his games are for teens and that is fine), but as an adult I have to cringe at how stilted and unnatural everything sounds and how everybody is so overdramatic to the point of being ridiculous. The close up shots for dramatic realisations and the swelling music to underscore the latest twist in the overly complicated schemes of anime villains tortured logic.

It is also just too long for what substance he is presenting. Most of it could seriously be cut down by half without losing anything of value, be that dialogue, atmosphere, "breathing-room", establishing shots or the sheer mountain of exposition. It feels his worlds are so complicated (unnecessarily so), that the whole cast of side characters only exists to tell the player exposition. And that on repeat. Seems like he does not trust his audience to get it. Everything needs to be spelled out and repeated ad nauseam. It really is the full package: the work of "art" and it's analysis in one game. Brevity is the soul of wit (-I get the irony of writing that in such a long thread). And at some point the convoluted, overindulgent, exposition-heavy plot as well as the wackyness just seem like tools to mask the silly story is he is trying to tell. And how unbelievable the characters are he is trying to tell it with.

I also already mentioned anime. Now that is not to say that anime cannot be very good, also in story telling. But I think you get what I mean. Final Fantasy suffers from a similar problem. Ignis (FF15) is the guy with glasses and of course he is the strategic advisor. And that is also his whole personality. Nothing he says or how he says it will ever surprise you. Kojimas games seem partly populated with these anime cardboard cutouts. These walking tropes. They get some soap opera tragic backstory. Telling you that backstory is their character arc. And then there is nothing interesting left for them to do until the end of the game. Please enjoy your new party member. When Mama (Death Stranding) told me her tragic backstory, I genuinely wondered if this is supposed to be a joke. I felt nothing during the cutscenes of Death Stranding. Playing it, wandering around the desolate landscapes with cool music was an interesting experience. But as soon as somebody opend their mouth I tried my best to repress the eye rolling. "I am not that fragile!" - come on now.

Now this was quite the rant. And I am not saying he is just bad. But I don't geht how he is so revered. There are so many much more talented people out there and they get a fraction of his recognition. Why is that? Am I missing something? Did Kojima's genius just completely fly over my head? How did he get to this sort of fame? What things do you like the most about his work? And what the least? Do you think he is overrated, or underrated, and for what reasons? Who else in the industry would you like to see so sought after and with such possibilities of creative freedom that are afforded to Kojima?

Have you tried Zone of the Enders? I suppose you will change your mind a little after playing it. Nothing convoluted. Kojima loves movies so MGS was his big show (now DS). He likes to show you a "tragic backstory" here and there, friend or foe. You could say he is a bastard, when a generation starts he's already saying : "Worthless fossil." Anyway I like his games. They are fairly good. 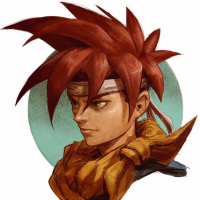 I will be direct and raw...

Yes... Hideo Kojima is what we call a Smoke-seller.

If you recall his career, you will see that everything outside Metal Gear Solid Series, is boring, poor and mediocre... But the press and players have inflated his ego to an upper level that I don't think he even can control right now

Well, he's not bad at all, but also not a god like some people say.

Let's just say I'm more excited for a Silent Hill game written by Ryukishi07 than I would be for one written by Kojima.

I question his decision to bring in celebrity faces to his games. There's just something immersion-breaking about it.

MGS is pretty well made but his best stuff to me is ZOE2, Policenauts and Snatcher (tho this is a rip of Blade Runner). Death Stranding is a pile of shit, in story and gameplay. DS when Kojima stopped trying and believed his own hype and smells his own farts. GET IT BRIDGES... GET IT USB KEYS. It's so stupid. His treatment of David Hayter through the years was awful as well.

Btw if you want to hear Stefani Joostens best performance in a game. Play Soulstice. She is both Biar and Lute.

I think he's a great and innovative designer and a good director. But his writing is inconsistent and for the most part convoluted (a common problem with Japanese writers) and pretentious. I adored MGS1 as a young teenager and I still do, but honestly it's the only MGS that feels authentic, cringe-free, and cinematically revolutionary in my opinion.

My first game that involved Kojima is Penguin Adventure on MSX, which remains my favorite game of its era. He's also responsible for Zone of the Enders (the 2nd Runner was one hell of a game), so I very much appreciate his contributions even outside Metal Gear.

Yup I agree. He tries very hard to be a Hollywood director trying to tell a good story but ends up muddling it up and making a snooze fest. I remembered finishing mgs4 and fell asleep for the ending and the after credit scene as it was too long and boring.

Kojima is neither the writer nor director for the ZOE series. He's the producer.

As for the story teller part. I think Kojima fared a lot better in his earlier days. Pre-MGS until MGS3 I think are all pretty good. It's post MGS3 that his story writing just becomes nonsensical.

It's a pity. When he writes well, he can make great stuff. But he's too busy pushing ideas that the more concrete minute to minute story telling suffers.

Yeah his writing is often ridiculous.

I mean, he has one of his female characters taking part in the D-Day landings as a heavily pregnant woman and giving birth on the battlefield, which is just silly beyond belief.