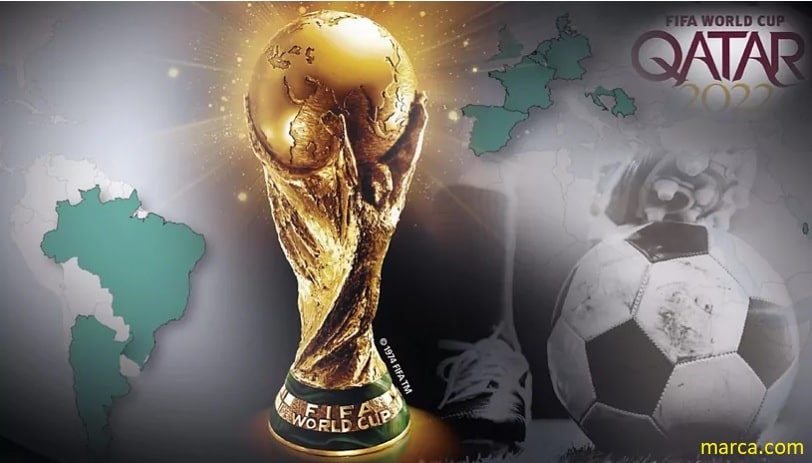 The 2022 FIFA World Cup is getting close.

As a brazilian, people around me are talking a lot about the odds of Brazil finally getting it's 6th title, but I'm not sure if we are ready for it. We have some good players, but... Well, let's just say we may win against weak teams, but if we have to fight an european team or even Argentina, we might lose it real bad.

Is your country at the World Cup? Who do you think will win?

I don't know why I feel that it will be Uruguay.

Back in 2014, Argentina made it to the final, but lost it to Germany.

That may be the last chance for Lionel Messi.

It’s not really hyped or even talked about much here  yet. Doesn’t really feel like anyone really cares or maybe people aren’t expecting much. On the other hand it’s still a while away.

Though it’s probably also because it’s in Qatar, which isn’t popular. At all. I read it’s similar in England and some other places as well. Travel agencies actually had to cancel all sorts of arrangements because there wasn’t much interest. We’ll see of supermarkets will again do promotions with all kinds of orange crap.

Calling a winner, difficult. Every one of the big teams has a chance, I’d say either Argentina or France again. Brazil is probably going to dramatically crash and burn again, and Germany isn’t really up to snuff yet though they can always surprise. Belgium buckles under pressure, so does England.

We are perpetually in this phase.

We’re just lucky we are in the weakest group ever again, like in the past Euros, and then after three questionable wins everyone will get hyped about how we’re easily going to win the whole thing only to hopelessly lose the second we’re up against a team that isn’t a complete joke in the Round of 16.

EDIT: Winner of Group A (likely Netherlands otherwise we’re really terrible) takes on Runner-up of B, so probably United States or Wales. We could still win that. If England happens to be runner-up then no, we’re out. Then in Quarter Finals it would be against the winner of Winner of C versus Runner-up of D, which are likely Argentina versus Denmark, which Argentina wins making the Quarter Final Netherlands versus Argentina. No chance for us to win that, so my prediction concerning my own country; we go out in the Quarter Finals at best, could potentially go out in the Round of 16.

I'll tell you who won't be a champion. All the foreign labor workers that died working on the stadiums in that shit Arab middle eastern country due to repressive labor laws.  Fuck Qatar.

For once; I don't care since I won't be watching. To hell with FIFA for letting Qatar host the contest.

As an Englishman, I find it amusing to hear a Dutchman say they’d lose to England as that’s the opposite of my prediction if England were runners-up in their group. I consistently see England ranked as third favourites on gambling sites and think whoever wrote that is mad. I would put us as 10th favourites at best given recent form and squad issues. Pundits talk about England’s strength in depth and talent like Alexander-Arnold, Bellingham, Foden, Maddison etc but they gloss over the obvious there. TAA almost never gets picked by Southgate, Maddison doesn’t make the squad. Bellingham, whilst he should undoubtedly be in the starting 11, will likely get dropped once Kalvin Phillips, injured all season, is back fit and Southgate seems unable to get the best out of Foden. Also, I find the notion of strength in depth laughable when Southgate persists with Harry Maguire who has been out of form for over a year.

England’s main hope will be to build up a head of steam and restore some confidence in the early rounds and run with it. They draw could yet be kind to them again but in reality, winning it seems beyond them. I’ve seen some previews calling it their ‘now or never’ moment but really that was probably Euro 2020.

As for the Quarter-Final, I’m thinking it would be against the winner of Argentina v France, rather than Denmark. This is as, similar to England, France have had a bad year in 2022. Their form hasn’t been great and a few key players are injured. Denmark beat them twice in the Nations League and, whilst that’s no guarantee of anything, I can see them winning again in Group D.

With Argentina and Brazil, yes they rule in South America but it hard to benchmark them against the European teams as they play against each other so infrequently. That said, all the top European teams have issues so who knows.

Major blow for France, and especially Benzema who had to wait 8 years to play in the World Cup.

I'm going to be at work during most of the World Cup, I think. But the school will let us watch Brazil matches.

This World Cup is ass.

Nice to see Qatar getting embarrassed at least, but still. Would be a lot nicer to have a proper opening match in a decent country.

edit: also the VAR shambles 5 minutes in to try and save Qatar's ass was the ugliest thing