Forums - Sony Discussion - Playstation being American-ised is bad for the market, I think

This is probably the funniest paragraph I've read on here in a while.

I don't know if 'photorealistic, cinematic experiences' are bad for the market, but I do sometimes worry about the budgets for some of these high profile games. The costs of making a video game like that goes up and up, an I wonder where the ceiling is where video game sales can no longer recoup the costs. I think we're already kind of seeing this with some games forcing in microtransactions and what not. 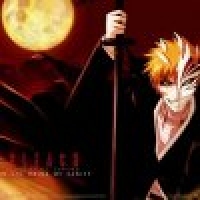 Rather than calling it being Americanized I think what is actually happening is selling out, they are trying to gain a bigger audiance by drawing in people who before thought of games as a waste of time but now it's being turned into something that everyone can be into which means less appeal for the hardcore.

Two years in and I have a feeling this generation might give me even less physical games than the last gen which was already way less than PS2 gen for me. I don't know if it's a nostalgia thing being the reason I have so many favorite games on the SNES, PS1, PS2, and GameCube consoles but I tend to believe it's because simplicity can go a long way over ever increasing skill trees, modern graphics, and duplicate side missions. The last game that made me feel like I had to finish it was Breath of the Wild (which has flaws) but not much else since other than the occasional remaster that I finish just for the trophies which I don't even know why I even feel the need to collect trophies in games when trophies don't matter at all.

In general I have never thought Sony games were that amazing. Some games were good, most games weren't my thing. So the reality for my situation is that they are pretty much the same.

I think the trend in Sony's consoles sales also follow that same thing. Consistently above 80m given enough stock.

You're seriously pretending like Japanese developers are all or mostly struggling?
Capcom, Marvelous, NIS, Konami and Koei Tecmo have been making record profits the last few years. Idk about Square Enix's profits.

Yeah, all the same games.

Fill with double standard excuse of your choice.

Japanese games don't have realistic graphics and a focus on story? You sure? I could swear Metal Gear Solid, Final Fantasy, Resident Evil etc. were all Japanese.

I think it could be due to multiple possible causes:

1) An aging and static population, one with fewer younger people than in generations past. The problem with this one is that it doesn't explain handhelds remaining popular with no hint of decline (the 3DS over-performed in Japan, and the Switch will probably sell as much if not more than the DS & Game Boy did there as well).

2) Minimal inflation over the past 20-25 years. Hasn't been a huge deal for hardware, but definitely for software, which does appear to have gotten more expensive over time (need to do more research on that), as opposed to much of the West where software prices have gotten substantially cheaper due to inflation. This would explain why software sales have declined faster than hardware sales.

3) It also seems like disposable incomes have declined in Japan over the past 20 years, which may make more expensive gaming options less attractive. Handhelds and their games are cheaper.