I would wait for a patch personally. Especially if you have an OLED tv, the game has many issues.

I'm playing on my 2007 1080p LCD projector to mitigate a lot of the over sharpening and shimmering issues. Playing it on my 2019 4K HDR set gives me a headache. It still has issues (overexposed, too bright in many areas) but is a lot easier on the eyes downsampled to 1080p, especially in 60fps mode.

I turned off HDR on my 4K Sony Bravia and that made a world of difference but I am playing on PS4 Pro reminded me of years ago with resistance 2 where I had to turn the HDR to limited to get a playable picture.

I'm playing on my old 1080p projector which has a waveform analysis built in just like in that video. The dimming doesn't happen in SDR while rotating, at least the brightness is stable while turning. Probably why it's much easier on the eyes in 92" 1080p compared to 65" 4k HDR :/

It's still too bright overall and colors are a bit over saturated. The waveform thingie confirmed that what they labeled as contrast, is indeed a brightness slider. The spectrum goes up and down instead of expanding and shrinking. It's weird though as the highlights never leave the top, it's always clipping at max brightness, just less if you set it to 0% in game. (It does clip correctly at the limited RGB maximum in SDR) Maybe it's a gamma correction.

1080p still doesn't quite solve the foliage shimmering, it was very distracting again in a long cinematic sequence. Very messy grainy pixelated ground. It's better in 30fps mode, just because there are half the frames and thus half the noise :/

Quite the difference with Zero Dawn. There I was into photo mode all the time, taking amazing screenshots. The only screenshots I've felt making for Forbidden West are to show the problem areas for the support thread :/ The color balance always feels off.

Frustrating, absolutely great world design with tons of detail, well modeled, great characters. It should be a feast for the eyes, yet marred by what must be a bug in the lighting engine / rendering pipeline. You get these beautiful vistas, but the color and lighting ruin it :/

And annoyingly, there is no saturation slider in photo mode, no contrast slider either. Wth? I guess I can turn on the black&white filter and change its strength to reduce saturation. Use the film noir filter to maybe increase contrast.


I'm losing faith in HDR. Too many formats, too many differences between displays. People on LG OLED are complaining of greyish colors with the color only showing while rotating. Yet on my Sony tv, the colors are always so saturated it looks like a toxic chemical spill at times. One thing is consistent, it's always to bright, overexposed. That should be an easy fix I would think. Maybe someone misplaced a decimal somewhere lol.

Definitely wait for a PS5.

Everytime an "old" game that I completed on Xbox One got a next gen update with 60 FPS and other improvements I was a little pissed. Obviously I had no way to know that these specific two or three year old games would get updates but with cross-gen games it's a different matter. No reason to play the old gen versions.

White beams shooting over the screen 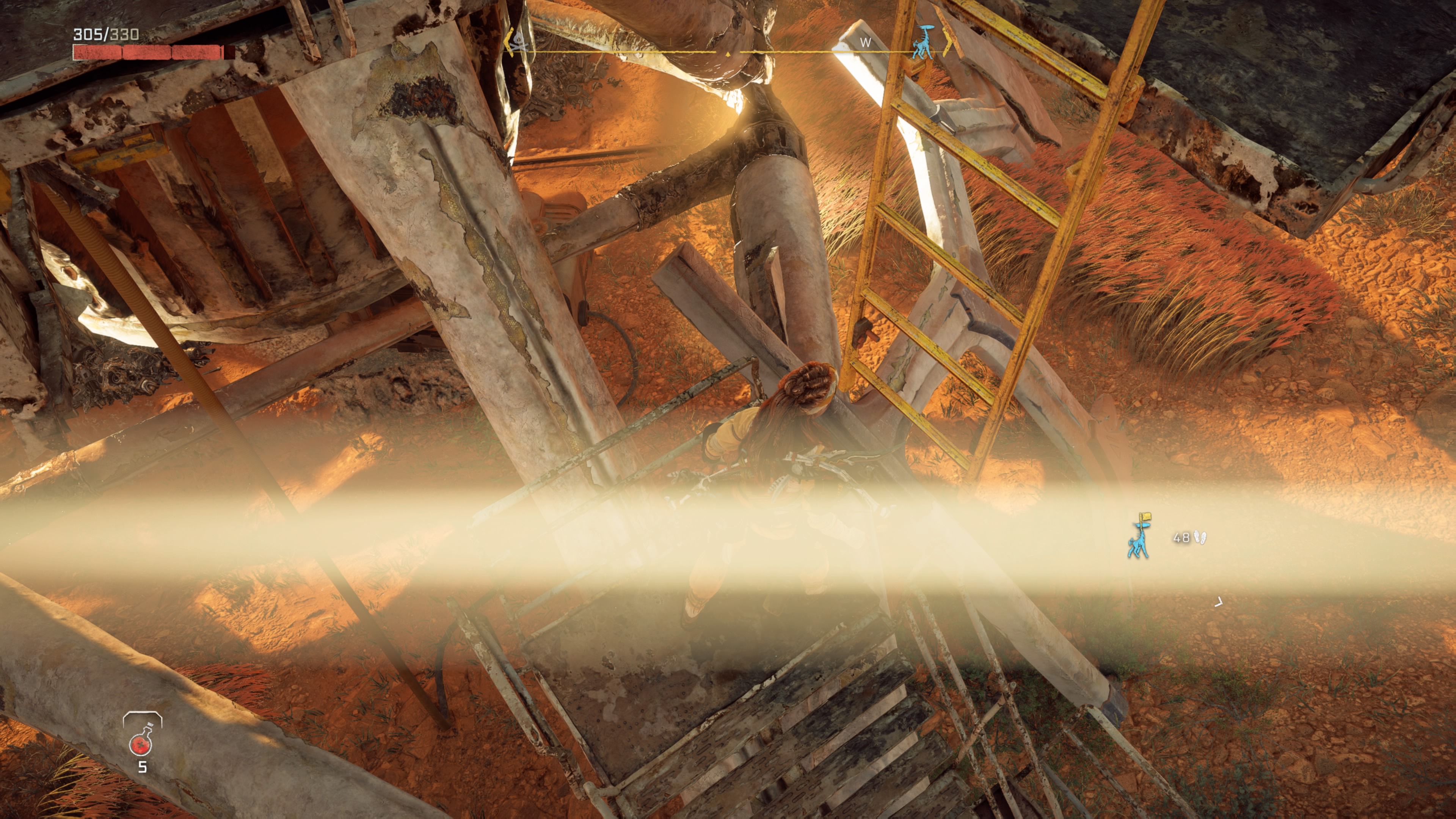 Apparently out of control lens flares 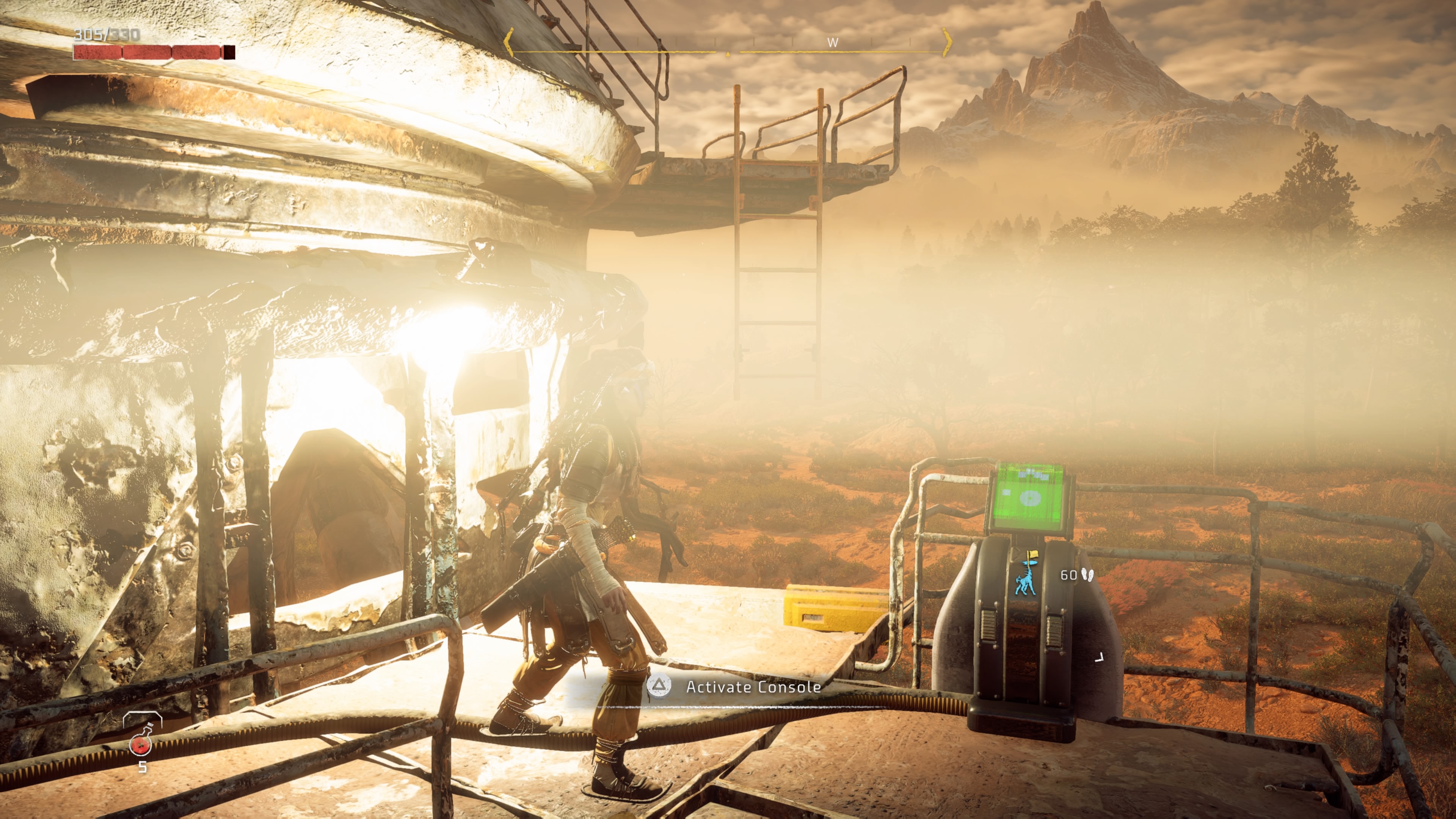 From out of control lights 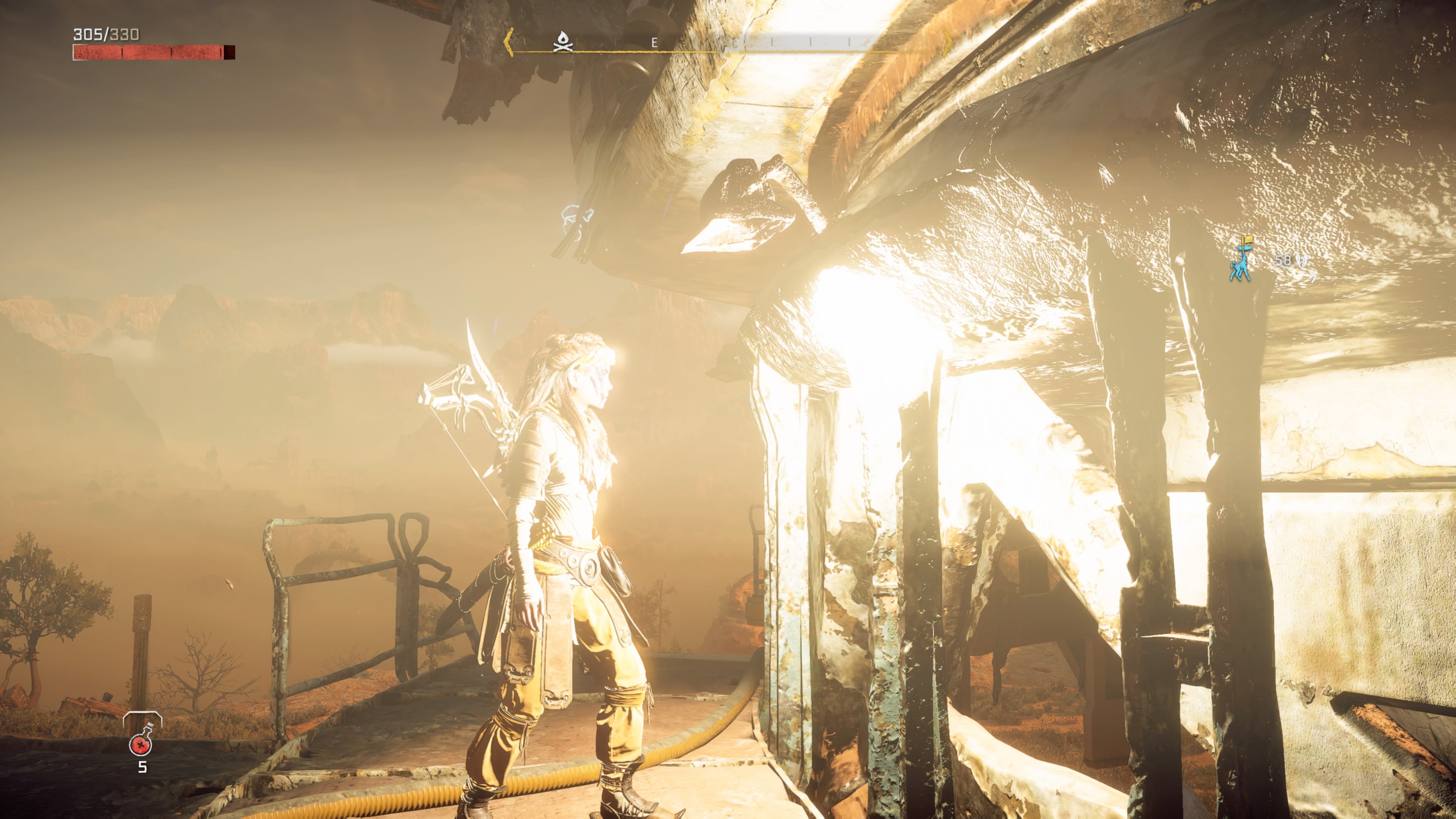 A timelapse shows lighting is working inverted? Light sources getting brighter during the day


This is not edited, direct capture from the game 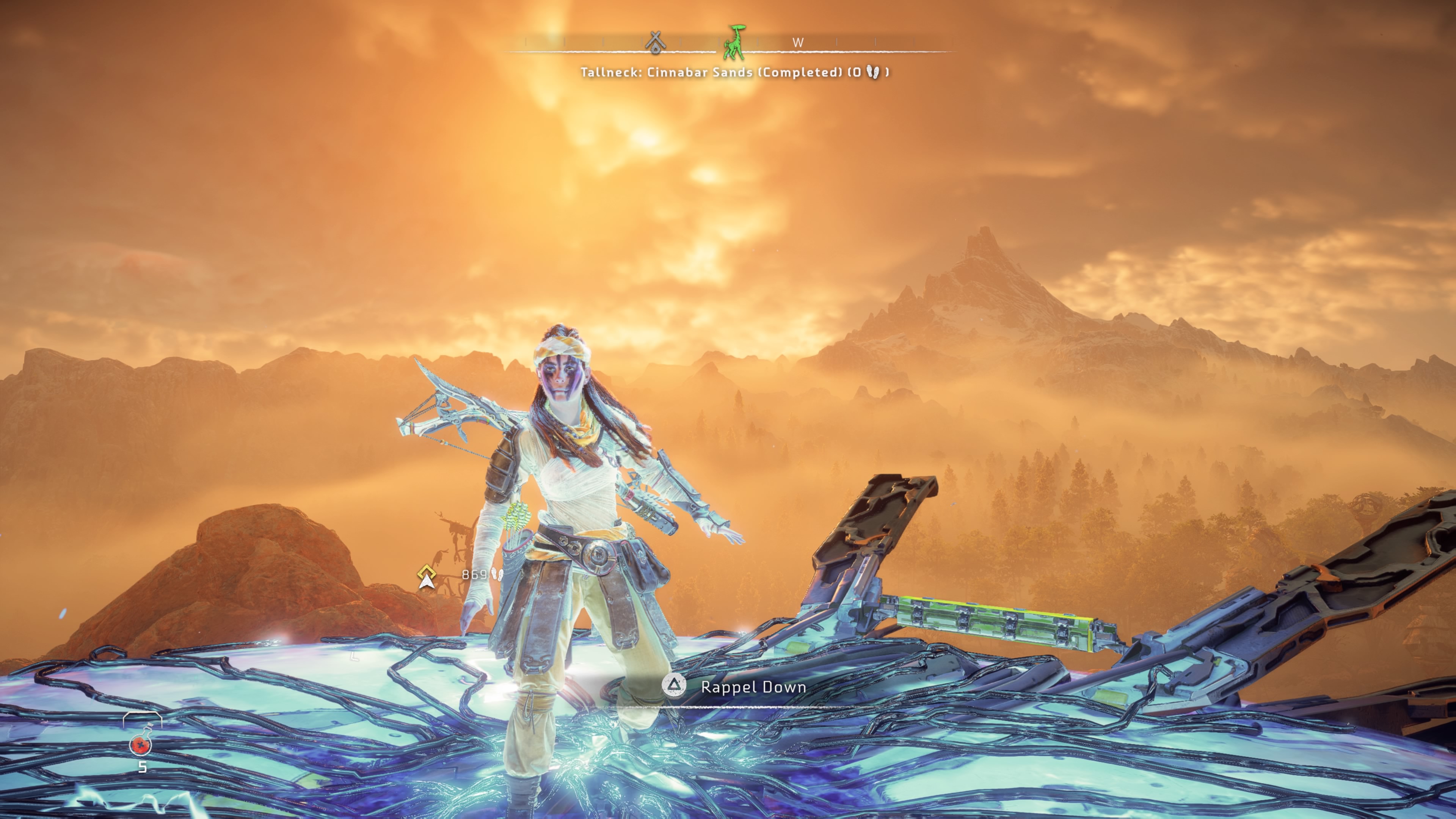 Often it's hard to see what's going on with all the lens flares and over powered light sources during combat. Then you get a shimmering mess again after while walking around in performance mode.

No idea what happened, this is what HZD looked like

More on the shimmering issues in performance mode

It takes some time getting used to 30 fps again and in this game it's far from ideal in combat due to the wild camera swings. Thus now I always try to keep my distance and use bows 99% of the time, sticking to ranged combat. Shimmering is still there in 30fps, as well as brightness changing when turning, but it's much less noticeable than in performance mode, and easier to ignore. 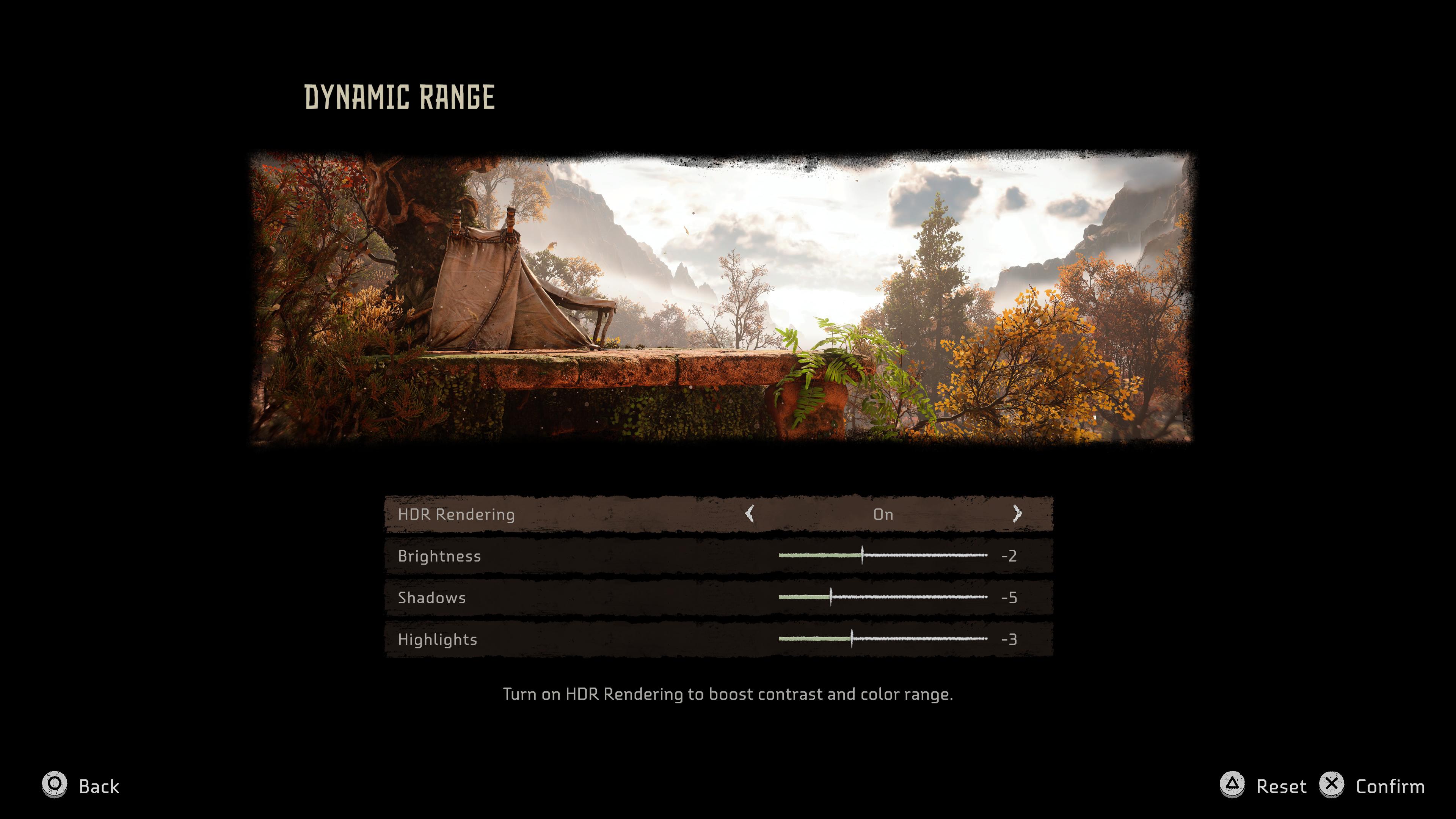 Default is way too bright with grey blacks and causes a lot of the white out and color bleeding issues. 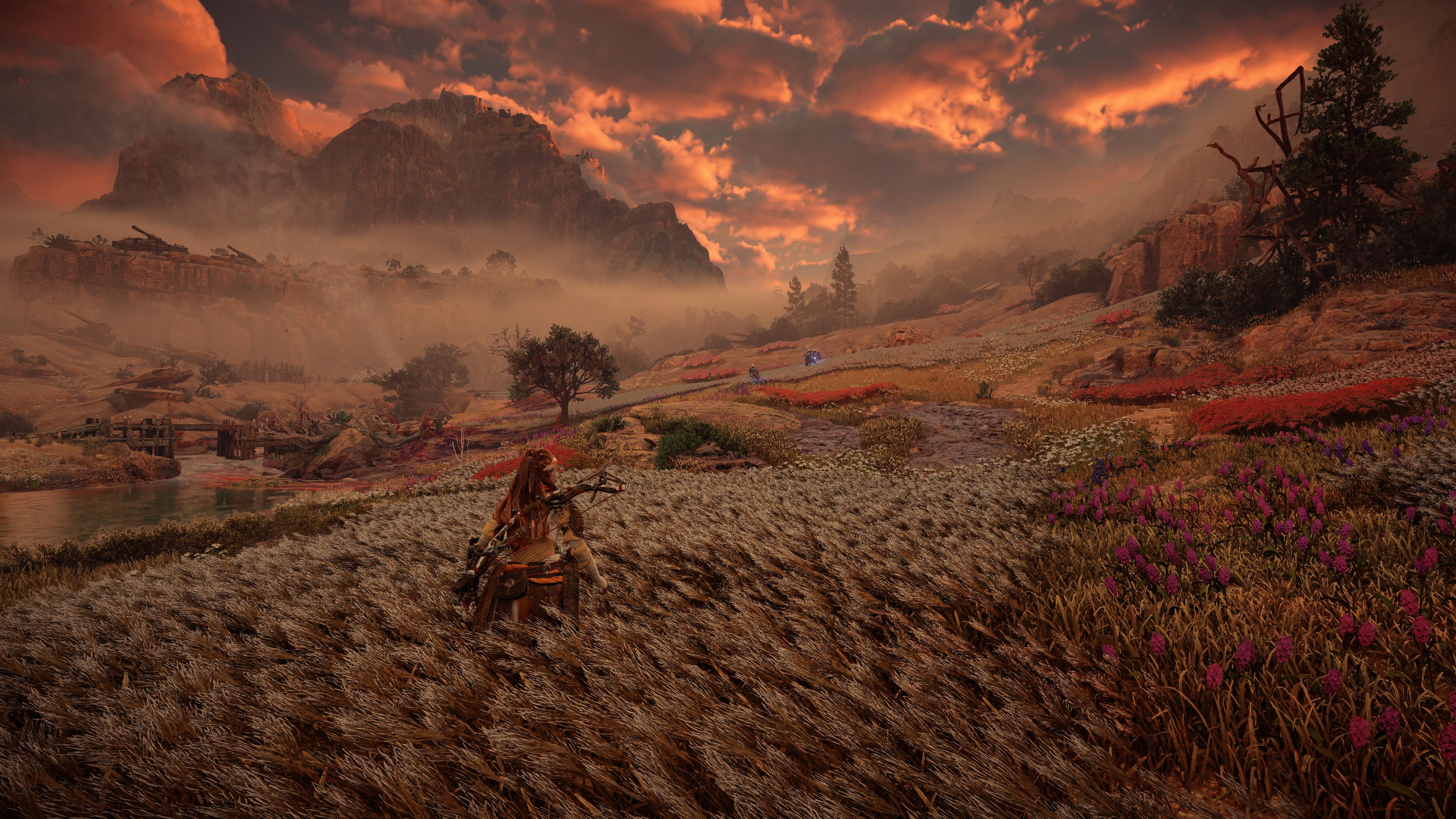 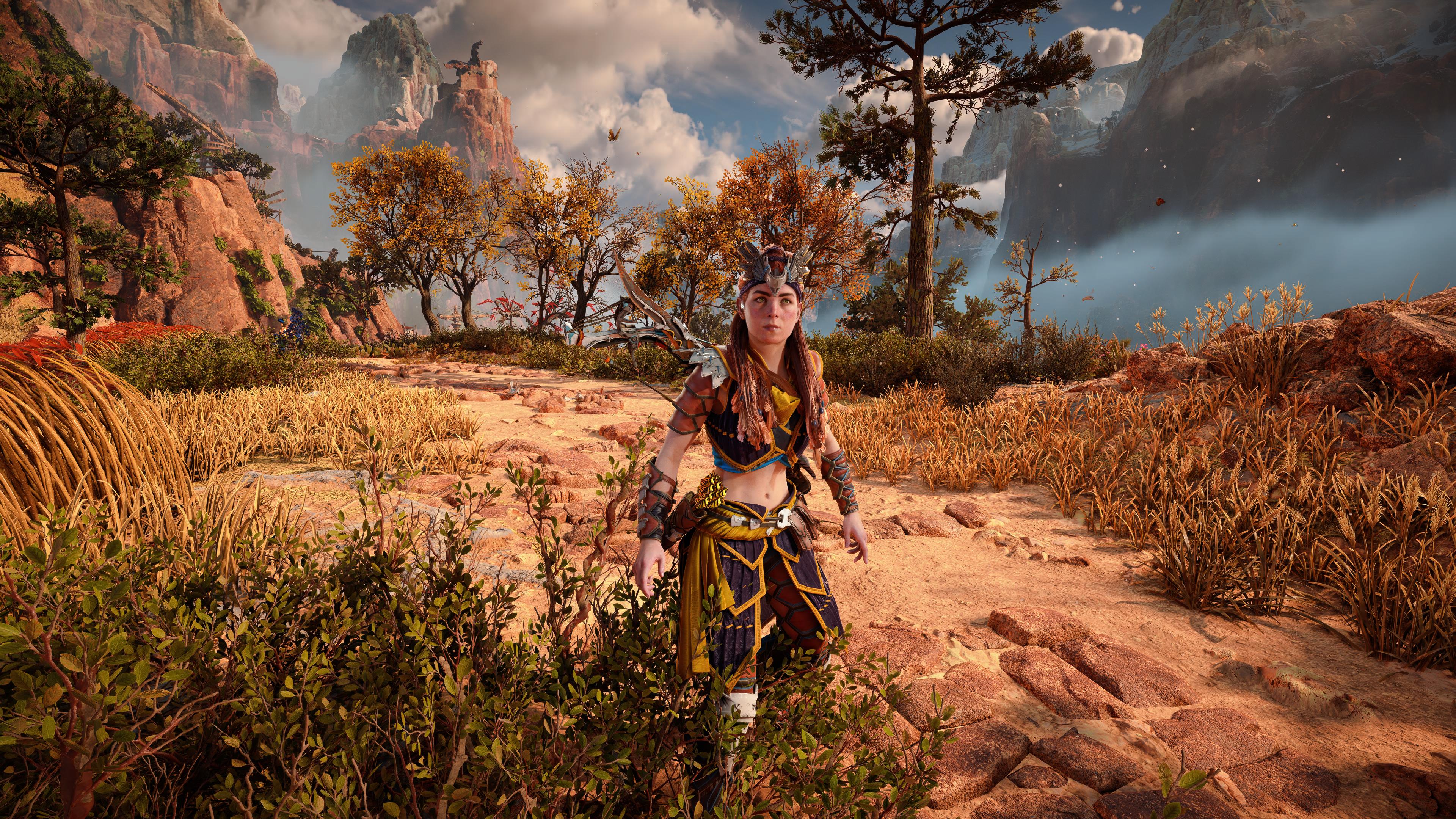 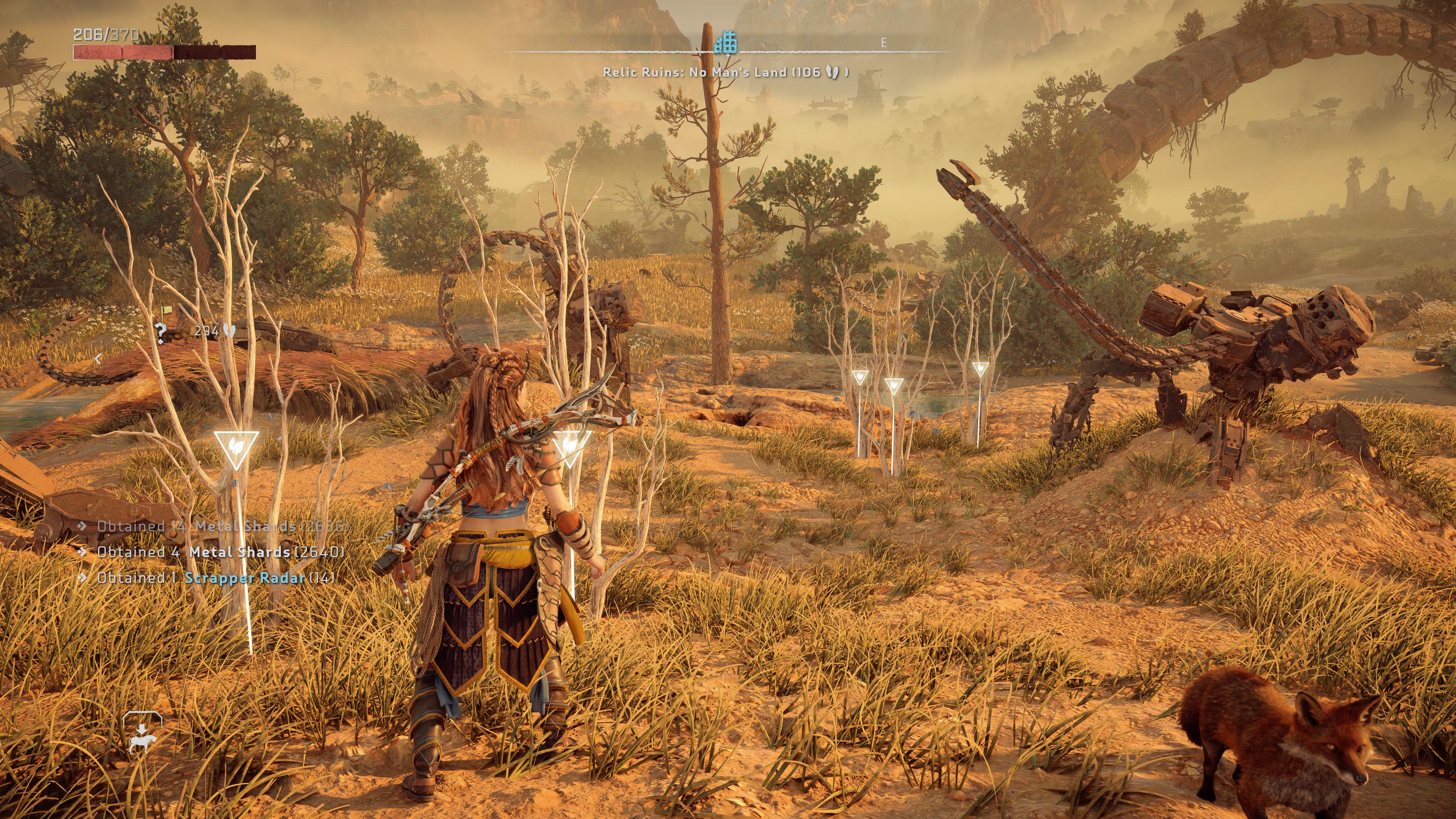 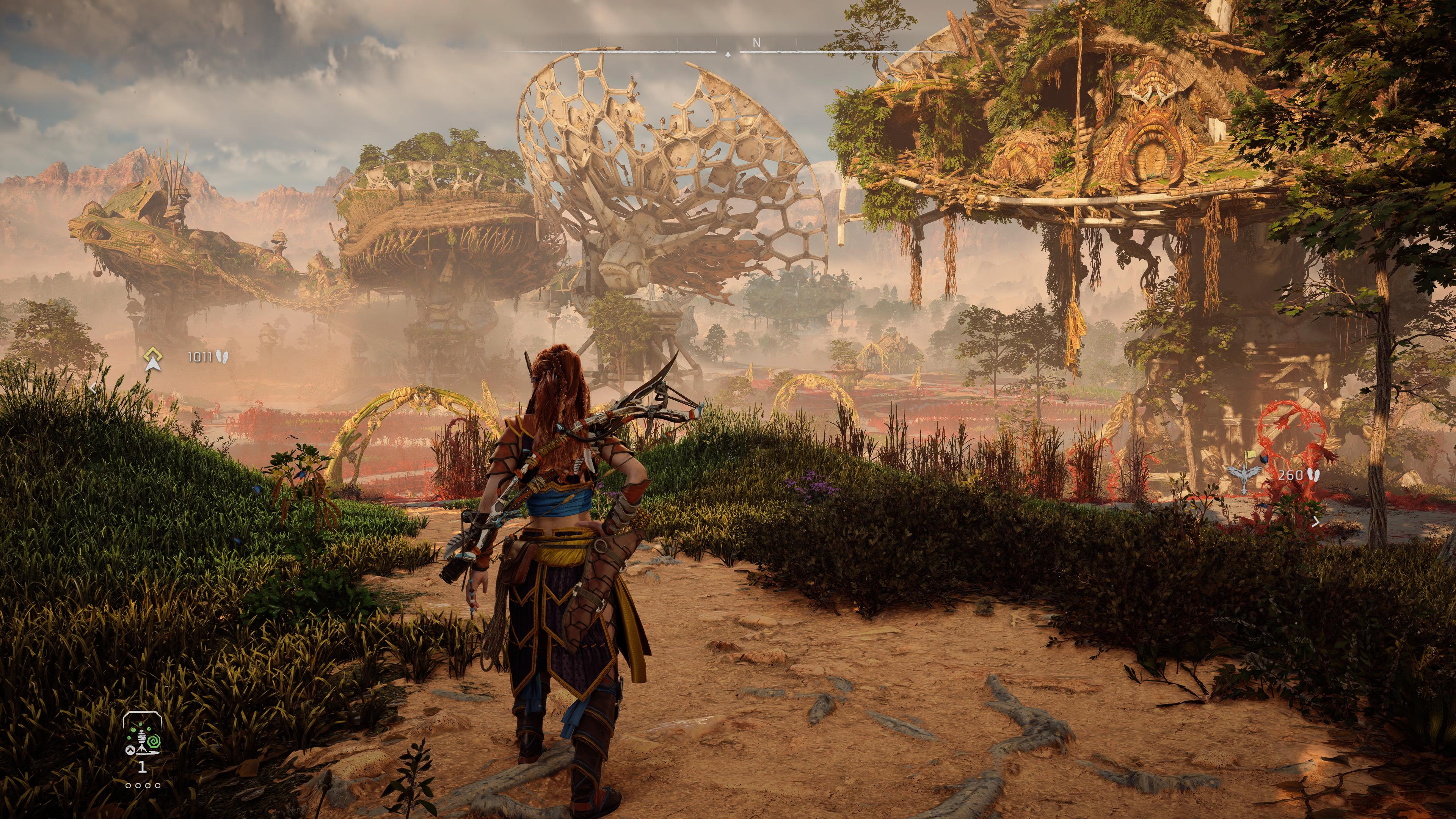 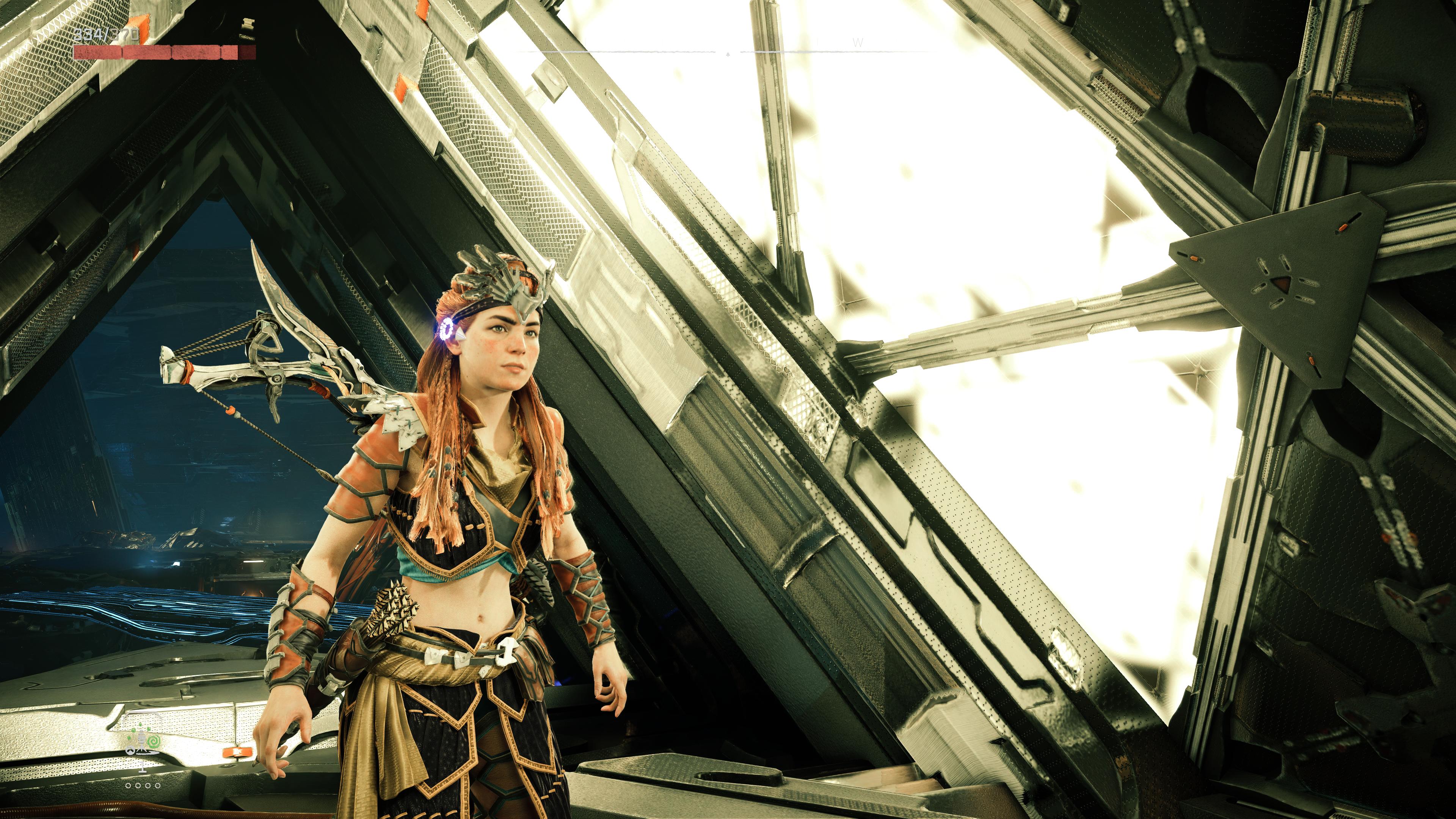 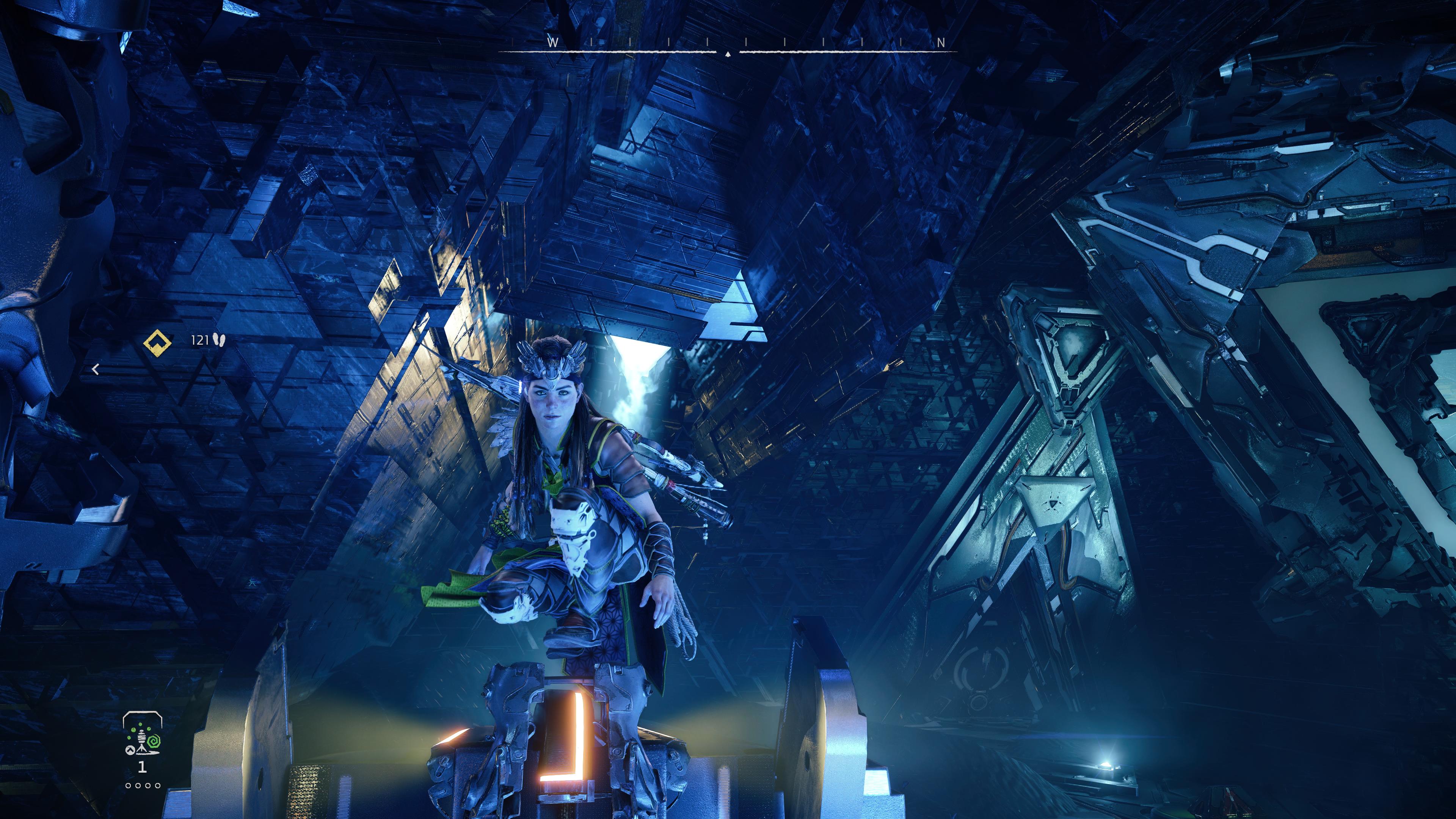 I guess the conversion to SDR is broken, at least in the ps5 version. That would explain the extremes I was getting a few posts above. I haven't seen that today. The orange filter is still there but not as obnoxious as it is in SDR.

Edit: Those lights the video is from must be bugged. Just went back there, still the same thing, only a bit less bleached out and a bit less over saturated color. The light still gets brighter during the day, a separate bug.

Playable without getting a headache at last. Btw open world, eh :/ 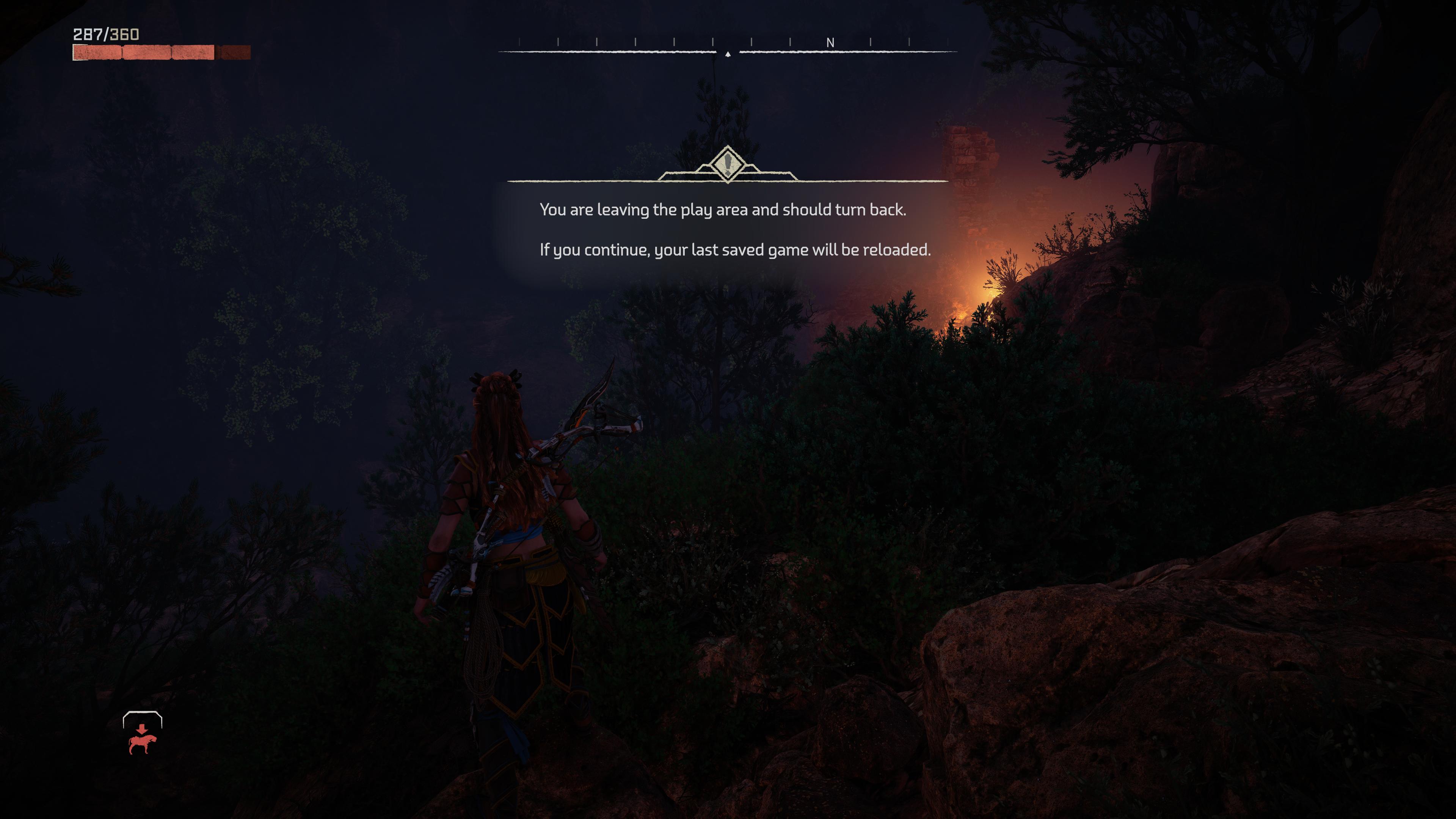