Forums - Sony Discussion - Should Sony acquire another less expensive developer? Since Square is really in good terms with Sony?

Bandai would be a good fit.
They could probably get NISAmerica for the change in their sofa cushions.
Gust and or Koei would probably settle for a ham sandwich.

Get the small anime companies and go hard. Work out a deal with Nintendo where you can share these small companies like baseball cards.

I was being facetious, and thinking about EA's much touted reputation over the years for being the worst Videogame company in the world until recently anyway.

I would much prefer that this sort of aggressive buying stopped, but who knows there has to be a tipping point where Sony does a similar deal not in terms of outlay but in terms of numbers of IP's I expect that say that even capcom and square combined would cost considerably less.

People talk about Take Two, I feel like but I could be wrong, that Take Two really dont have the large portfolio of Ip's like EA and Activision and after GTA RRD Bioshock and NBA2k it falls away with Borderlands only being published and historically their roi and profits doesn't seem that great compared to the number of games that those Ip's sell.

My feeling is we may have to wait till after Spartacus is launched to get an indication into what direction Sony is heading.

No. Stop buying everything. Leave big publishers alone. As for Konami, the only people who should buy Konami is something like Kadawowa. Not a console maker.

Btw Yes I love Bulk Slash. I own the Japanese version and the unofficial English version.

fair enough. I agree with your feelings on Spartacus. I think we need to know more about it to judge what Sony might be willing to do.

Konami seems like a pretty worthless get. Like, sure they have some valuable IPs, but their development structures seem to be incredibly lacking at the moment. You'd need to get studios to actually make these games and I doubt many 1st party studios are going to want to, and how many 3rd party studios will step in to pick up the IPs?

At this point, I wouldn't be surprised to see Sony acquire both Capcom & Square Enix, or even looking towards Take Two. The rules of engagement have changed and Sony is certainly not ignoring that.

While they don't have the Microsoft war chest, Sony is certainly capable of making a few massive but strategic publisher acquisitions, to solidify their spot in the industry and to further adapt to industry consolidation. 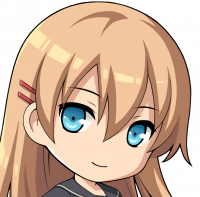 I really don't think sony would make any move unless their hardware and software sales get affected, microsoft is aiming to be the netflix of videogames, the only reason of their adquisitions is in order to boost gamepass subscriptions not to sale more consoles, while sony's goal is just to sell more hardware and software.

MS crossed the line with this one. Heck, they leaped over it, Olympic record style.

MS isn't buying non Western devs/pubs for whatever reason, so it's kinda unlikely that SNY has to worry too much about losing those types of franchises to MS.

The way I'd solve this at SNY, is to buy Take Two. That alone is the only purchase they'd need, assuming MS doesn't later start acquiring big non Western devs/pubs.

Acti/Bliz had a 64B market cap, which is why MS paid somewhere between 64B-70B for them. You typically have to pay a bit of a premium over the market cap.

Take Two has a 17B market cap. SNY should be able to acquire them for $20B, but it would pretty much take everything they could throw at the deal to make it happen.

It would be worth it for GTA alone. The income, but more importantly, the mind share. GTA 6 (timed) exclusivity on PS5 would squash everything MS has done so far.

MS could go out and buy EA and UBI after this and it wouldn't change the market mind share. SNY would have it locked down for this gen.

SNY wouldn't even have to make it totally exclusive. Just timed exclusive to some degree, and a few free in game multiplayer perks for buying it on PS. Problem solved.

Take Two would be the best case scenario for Sony when it comes to publisher acquisitions. GTA, while not having annual releases like COD, is the largest video game IP outside of Mario, and GTA:O has been making bank for nearly a decade. Not to mention the RDR franchise which is arguably bigger than Call of Duty as well. It would swing the pendulum back in Sony's favor.

Sony would also get Bully, NBA2K, Bioshock, Sid Meier's Civilization, Borderlands, Max Payne, Manhunt, Midnight Club, among other smaller titles, to strengthen their IP catalog, which leads to a stronger Spartacus initiative, and provides a ton of multi media properties to adapt. And we can't forget about Zynga which fits Sony's push into mobile gaming.

Losing Activision Blizzard will impact Playstation's bottom line and Sony knows that. There is a very real chance Microsoft retains market dominance in NA/UK having an exclusive Call of Duty game every year.

It might be a tough pill to swallow for some, but if Sony doesn't make any big moves, they're going to end up as a third party publisher.