Bumping due to getting data from 1981-2005 for SEGA, Playstation, Microsoft, and Nintendo. Also because I added some shiny new graphs.

It's pretty surprising that Nintendo has generally been THAT far ahead of everyone else. I would have expected Sony to have been more successful, especially during the PS2 era.

Are you limiting this to the hardware makers for now? Or should we also go looking for other major publishers?

I plan to do every independent major publisher/studio eventually.

Completed SEGA data through 2021, including taking currency exchange rates into consideration. Thankfully they have a segment that is mostly just their video games division, so that number is pretty accurate for their gaming profitability.

Sega's consumer division was in the red (operating income) in the late '90s and early '00s.

Also it shouldn't be amiss the huge special losses Sega had to record in the FY ending March 1998 caused by the accumulated losses in subsidiaries like Sega of America, which were caused by the console business.

The reason Sega left the console business was that the business was hemorraging money like crazy (for the size of a company like Sega) without any hope to become pofitable in the near future.

The SEGA numbers prior 2002 to were based on links @BKK2 found and provided to the previous thread that had data on operating incomes. That thread had an entire discussion on these SEGA numbers, in particular, with the data being refined over time as people found better sources. If you have sources that are more accurate than their sources, feel free to share them and I will happily adjust the numbers accordingly, but until then I'm going to trust my predecessor's numbers.

The reason why it's easy to spot that the Sega numbers during the Dreamcast era are wrong is because overall Sega was losing money (even though the Amusement Center operations and Amusement Machine sales were in the black).
From Sega Annual Report 2002 (consolidated financial highlights): 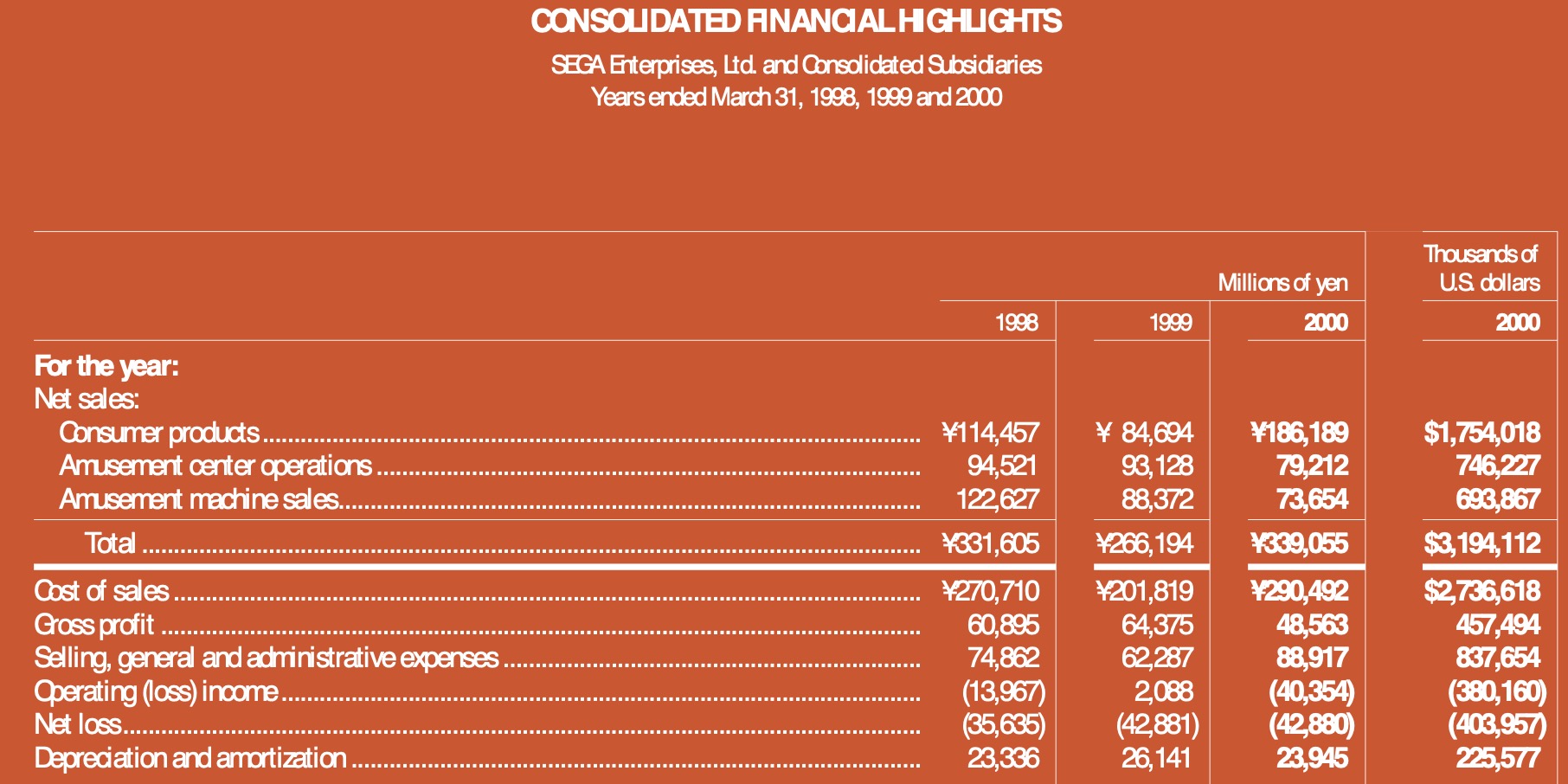 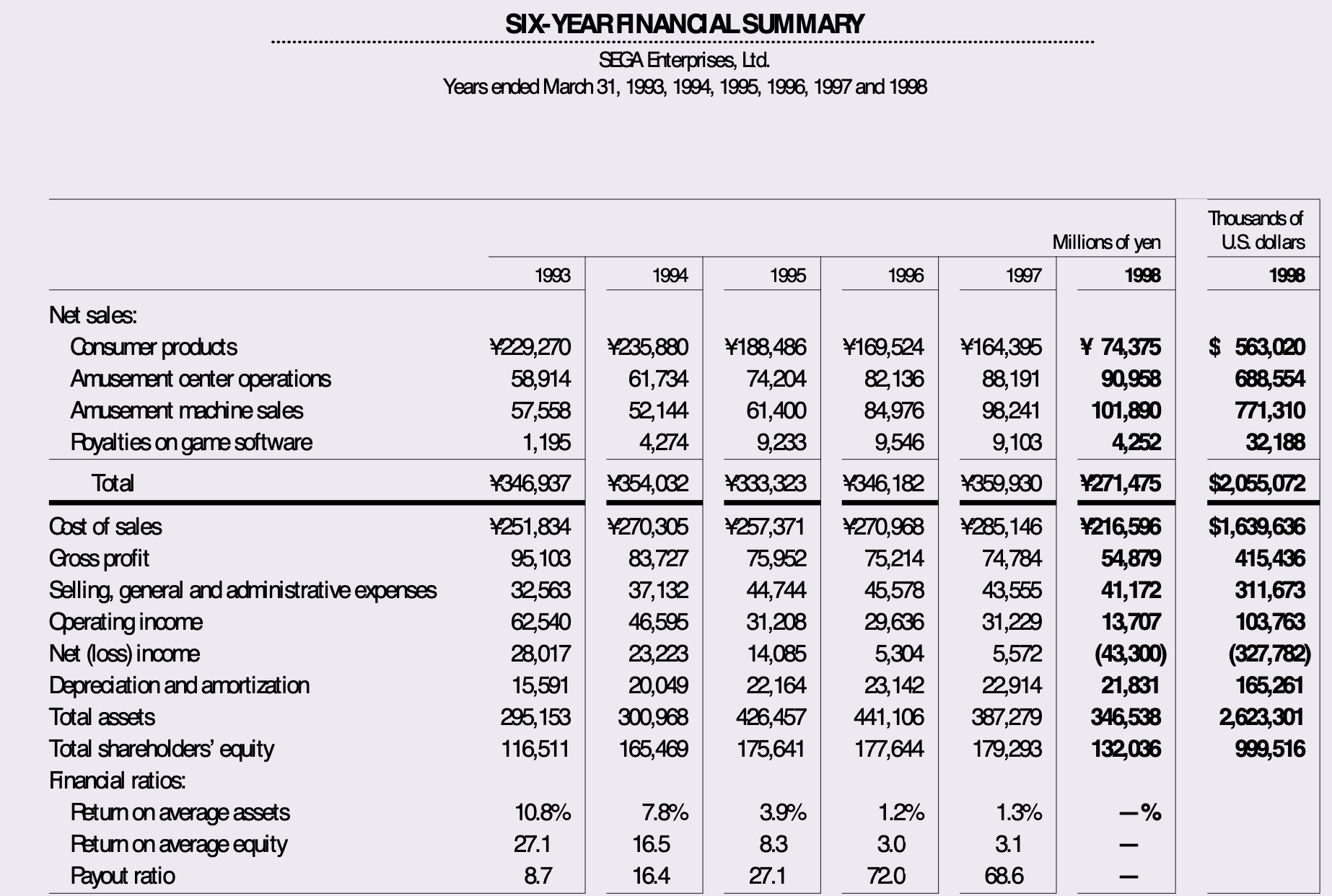 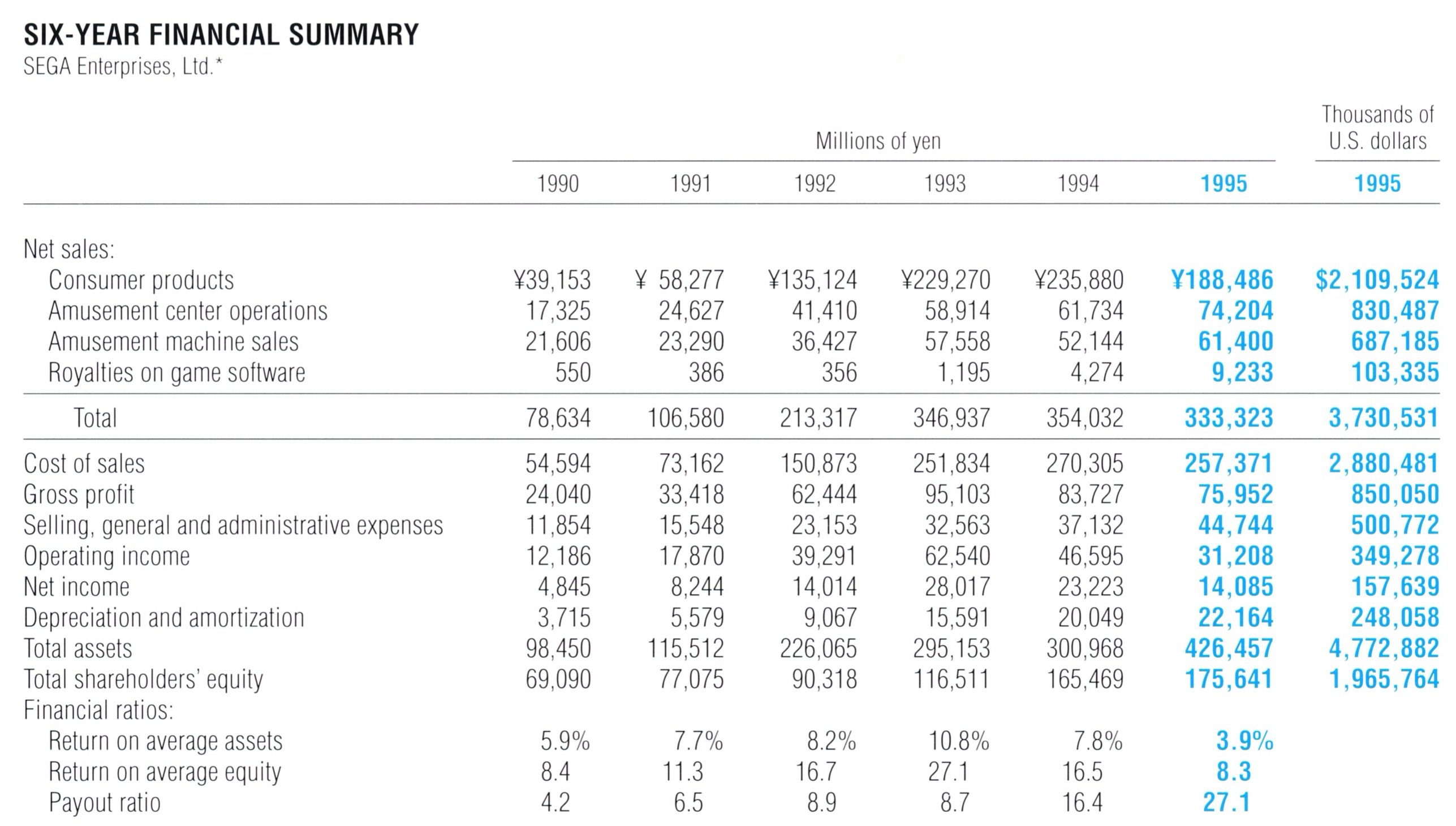 The consumer segment (read: consoles) was the main culprit for Sega's huge losses. 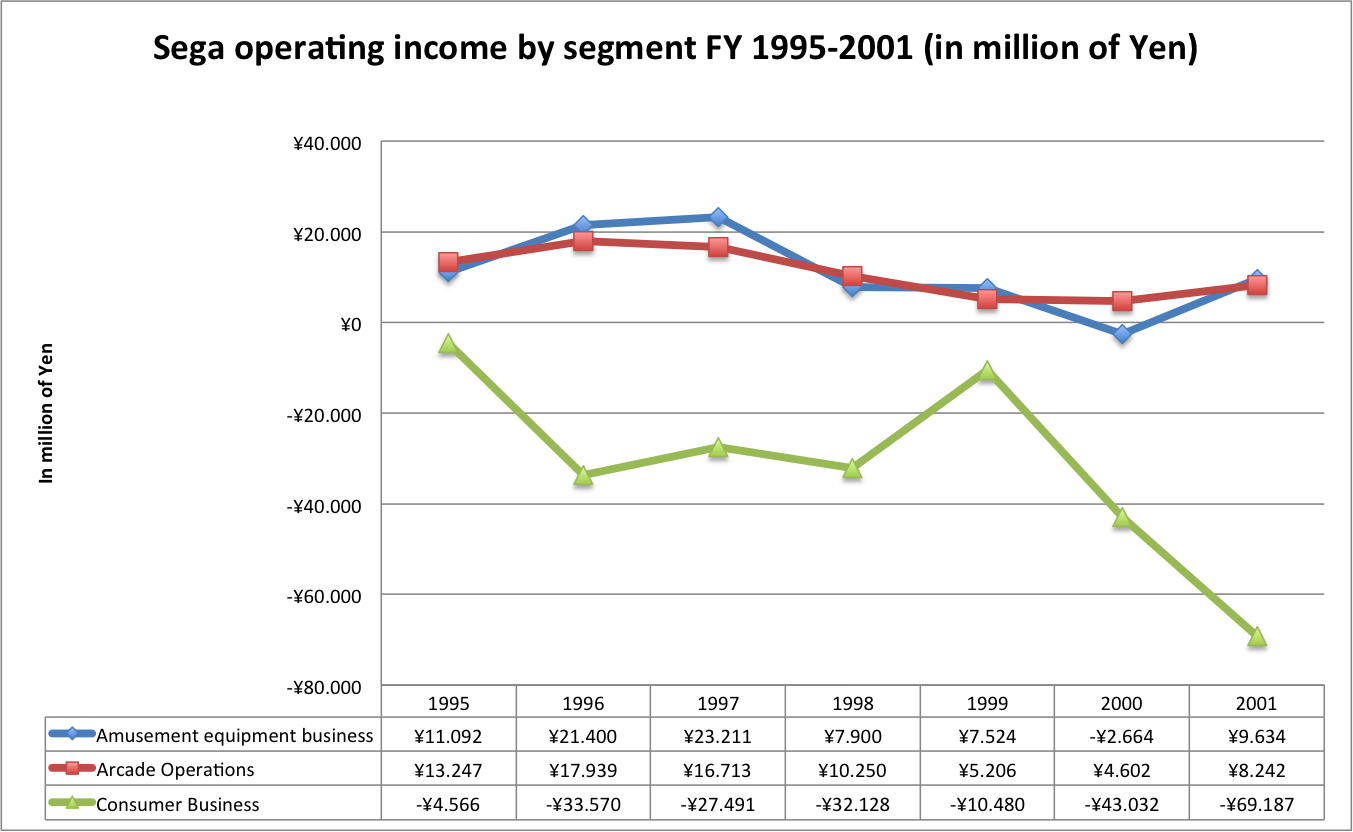