Forums - Sales Discussion - How Series S could be last place in the US, Europe, and Japan, but first-place globally

We tend to think about the Series S from a Western World perspective of people who could afford either a Series S or X, or even a Series S and a PS5.

But that's not most of the world.  Phil Spencer has suggested that the Series X will sell better at first, but that Series S will sell better in the long-run.  It seems that Microsoft's long-term play is selling a tonne of Series S units and Game Pass subscriptions in parts of the world where incomes are lower (India especially), and/or places where import fees on gaming are very high (Brazil comes to mind).  For example:

Brazil is around 214 million consumers.

India is coming up on 1.4 billion consumers.

And that's just two countries, out of hundreds.

There are Asian, African, and additional South American markets where there is huge potential for the Series S to do well, and since Microsoft is only now getting Series S supply to match demand across developed nations they only now have the luxury of turning their attention to emerging markets.  And Microsoft is (they recently launched an 8 months of free Game Pass promotion in India, for example... yes, due to a regulation change there, but their reaction was swift and decisive and to the consumer's benefit, when there were other ways they could have responded to that regulatory change that would have been less to the consumer's benefit, and done less to promote Game Pass and the Series S).

Series S could fail miserably in North America, Japan, Oceania, and Europe, and still go on outsell both the Series X and the PS5 by the end of this generation, if Microsoft's goal of engaging with non-traditional console gamers in emerging markets is successful.

And in addition to the lower price being important, the smaller size of the Series S is too. The Series X, and especially the PS5, being larger is a bad thing in emerging markets where living spaces are often more compact.  And Game Pass is definitely a huge selling point in places where a $60-70 game would be weeks worth of income.

And 4K/120 Hz/HDMI 2.1 TVs are far from the norm in emerging markets, so the Series S is more than powerful enough to get the most out of the TVs it'll typically be paired with in these territories.

And many of these emerging markets have traditionally been rife with piracy (Brazil at a minimum has struggled with this, with bootleg games sometimes even SOLD IN STORES there), so developers will benefit from the subscription model catching on in emerging markets. A developer does better from getting their share of the subscription revenue, than getting nothing from a pirated copy of something.

So expect to see Series S sales keep creeping up, and being the surprise sales success among dedicated home consoles by the end of the this generation. 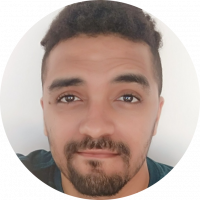 This is totally possible tbh, I'm from Brazil and the PS5 currently costs over 4 times our minimum wage, it's insanely expensive. With the exception of die hard Sony fans, I can see people favoring the Xbox this time (or Switch/PS4 because they're even cheaper), so it would be MS's second win after X360

The problem I see with this analysis is that while the OP correctly points out that we often view these things from a Western perspective and that clouds our judgment, it makes a similar mistake of viewing things through a lens of hardware ownership.

You know what takes up less space than a Series S? The cell phone or laptop that you already own. You know what cost less than a series S? Buying nothing but a controller. And it appears to me that that's what Microsoft is banking on taking hold in the developing world. They are working on cloud gaming. They've done it in a much more intelligent way than Google, in that they have started it as a secondary option for people that are already in the Xbox ecosystem. But, it is very clear that streaming is coming on, and Microsoft is at the forefront of that.  I imagine over the next five years there will be a lot of people subscribed to Gamepass that do not own an Xbox or a gaming rig.

So, while I won't say there's zero chance that the Series S ends up as the best selling console, I will say that I don't think Microsoft is trying to make that happen. They're trying to make XCloud the most popular way to play games, thereby eliminating the need for dedicated gaming hardware (beyond a controller).

Further, since Nintendo and Sony both still seem to be focused on selling hardware, it seems unlikely that Microsoft would beat them in that game. They're not even playing that game.

How do people like digital games in those countries? The low price will obviously be appealing but I'm not sure what their infrastructure and isp services are like for a digital only console.

Most games require large digital downloads anyway since a very small amount of the game are on the disk nowadays. There's really no difference besides being able to own a piece of plastic.

Could but most likely won`t.

Talking about piracy, with multiplayer that isn`t as common anymore in Brazil, plenty of legitimate stores now. Also not to disappoint you, but houses here are quite big, probably bigger than most average europe and japanese houses, and well most of the piracy occurs in the developed world, where were the pirated chips made, the p2p sites hosted the programs made, etc?

I would say perhaps you have a very strong bias view based on your own life experiences.

PS: Not to take a potshot at you, but your line of thought is very similar to the one of the MS executives saying Xbox One could sell 1 Billion units. https://www.vg247.com/xbox-one-microsoft-aims-for-1-billion-lifetime-sales-100-million-xbox-360-units

It isn't just because you are going to a place with more population that you'll really sell there. Consoles have been selling on China over 1 Billion population but sales number are smaller than in Japan if I do remember it right.

Demographics are a thing. You can't expect India's population to be buying $400 game consoles when they don't even buy $400 phones. You have completely missed the economic demographics of each population. The gaming population right now in India is miniscule, and depends on the economic growth of the population in that country, which will take more than 5 years. Same with the other developing nations mentioned.

Furthermore, a digital only console is DEAD in these countries where internet infrastructure is not reliable, costly and in some cases not even built out.

Whats the difference between buying a physical copy of a game and having a 60gb install versus downloading the same 60gb install without the disk?

I doubt Xbox Series S is beating the Switch anytime soon. So, I don’t see this happening.

Installing is disc to SSD/HDD. No internet connection is used. No data cap or charge.