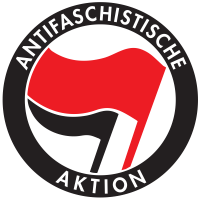 Welp, it cost Nintendo at least one sale. I was planning to get the OLED Switch just for shits and giggles, but now I'm getting the 512GB Steam Deck instead. =P

But yeah, in the end, it doesn't matter. There is no real competition here, we're talking about two ridiculously different devices. Plus, Valve doesn't even have the logistics to compete with Nintendo. They will be lucky if they can manage to produce a million units in the first year. There is really no point in comparing the two. So just don't do it.

My personal opinion: Both are great devices and if you're a passionate gamer and have the option, you should totally get both of them.

Just because it looks like a Switch doesn't mean that it competes with a Switch. If anything it competes with Xbox and PS5 because there is no handheld equivalent of those. In fact, you could say there is a big gap in portable gaming outside of Nintendo's target audience - the PSP was 10+ years ago.

As far as the Steam Deck is concerned, we'll have to see what Valve do with it. Even the subset of Steam games that are appropriate for the hardware is a huge library (I'm bored of the argument "23 games that I bought five years ago and don't play anymore won't work on it")... At some point Valve could hit gold with a console.

I agree in one sense

There are gaming enthusiasts this year who already have a Switch and were looking to potentially upgrade to an OLED. They may now instead be looking at buying a Steam Deck instead of a Switch OLED.

However, the Switch OLED will be supply contraint this year anyway, another audience will easily fill their spot in the qeueus this holiday. Long term many of the same enthusiasts will probably buy a Switch OLED at some later point, but even if not it won't make a material difference to Switches LT sales. Maybe a million or so sales it would have acheieved through resales, it could loose out to other new devices. When your life total is 140m+, 1m loss of sales during your end of life isn't really competition.

It won't hurt the switch, it never meant to anyways. It will and has however hurt it's fanatics! Anywhere i go i see them reassuring themselves or bashing the thing. It's funny.

Atari Lynx, Gamegear, PSP, Vita didn't hurt Nintendo and all of them were far superior when it comes to hardware, compared to Nintendo's counterparts. Besides the Switch is over 4 years old at this point. Even if the Steam Deck is wildly successful, it might be just enough for Nintendo to release a successor to Switch earlier or do the price cut of their current consoles. Either way, the consumer wins. 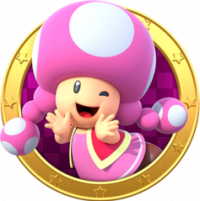 What the deck has done is set a new baseline for handheld and if it "does" prove successfull, then nintendo will have to try and one up valve or I can see a bunch of people saying
"Well, why would I buy a switch 2, I already have a steamdeck" which, by the time the switch 2 launches will be cheaper

Unless Nintendo start releasing their games on Steam, it won't affect Switch sales in any way whatsoever...

It will hurt neither

There isn't even enough Steam Deck to fulfill its own demand, seems like their manufacturing potential is small. People who are pre-ordering this week will only take their consoles in Q2

SteamDeck hurt the godfather of handhelds? I think not.