It remains to be seen if GP can replace Xbox's loss in software sales.

And of course MS minds. PS getting 70-80% of software sales and their MTX and DLC sales, is domination unseen since the PS2 days. It allows PS to have the biggest userbase for nearly every game, which they can use to buy more exclusives. 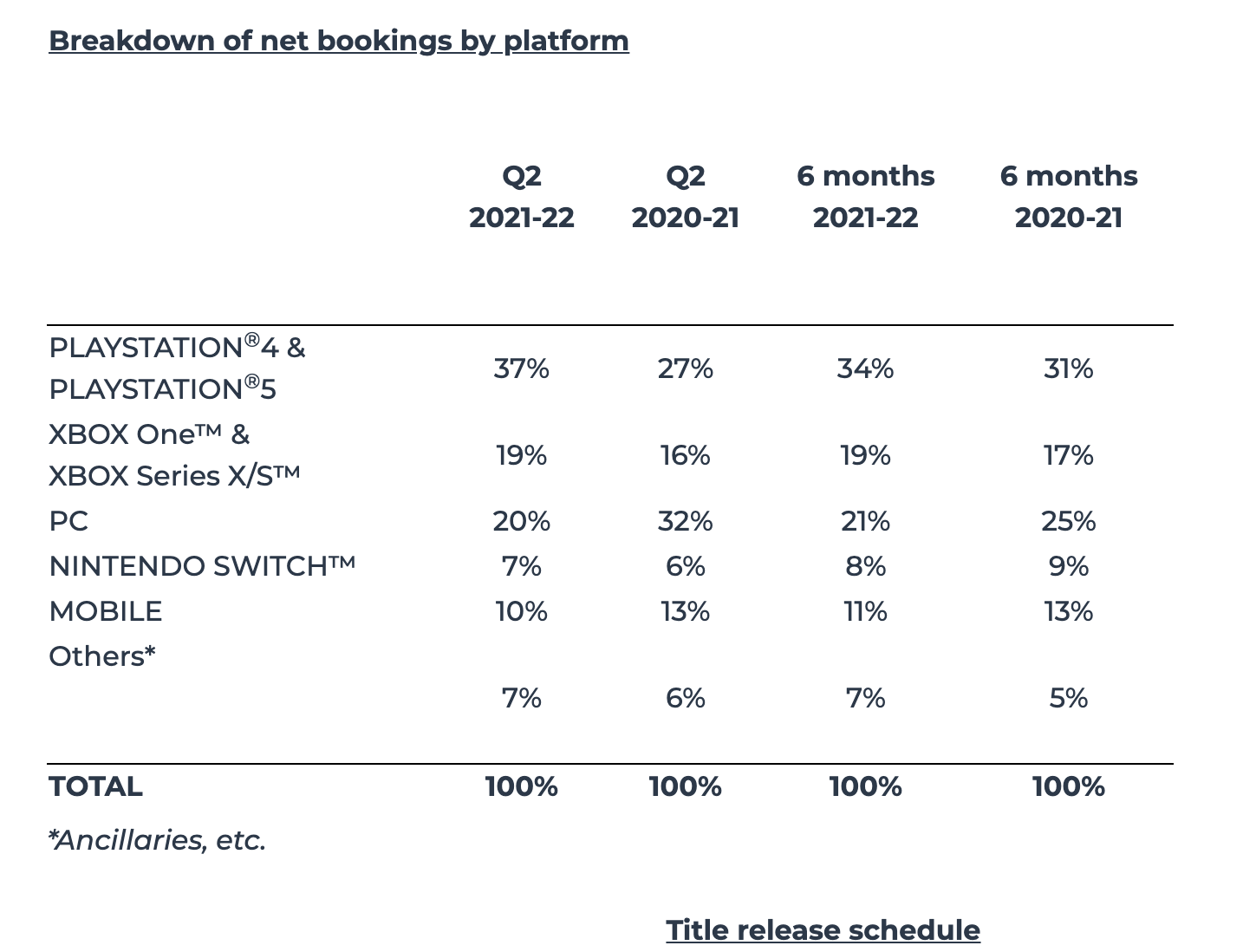 Another metric to show Xbox's unprecedented loss of software sales

This includes digital so thats no longer an excuse.

What exactly does this mean?

what is the total PS5 and Series hardware sales in the UK?

That 6% is less then the 37% increase in gamepass

In one generation MS went from having more software sales to know getting outsold 2:1. An outstanding 17% swing. Won't be long till Sony has 80% of all third party software sold on consoles at this rate.

Now I see. Thats interesting. I think we are already there.

Even if a game is 80/20 in physical sales (let's assume 75/25 w/ digital) for PS vs Xbox a publisher may still see it as good enough. Porting to Xbox from PS or PC from what I understand is extremely easy and cost effective. PS has very similar hardware and Microsoft has Direct X for easy console and PC porting. So the cost of porting is very low, so let's say Tales of Arise needs 20k sales on Xbox to cover the porting costs, and it sells 100k. That would be totally worth it for Bandai Namco.

I think this is the reason we're seeing a lot of big Japanese games now coming to Xbox when during the Xbox One era some games skipped it. Game development costs are going up so adding more platforms will help with making that money back. As I stated above, porting to Xbox is just very cost effective. I think that is the reason some games aren't going to Switch. Porting costs for Switch are a lot higher for these bigger budget games, so they need to sell more to make that money back, especially since it's been proven Switch owners mainly go for physical games which gives publishers less money than digital. So for these publishers it just makes more sense to have an Xbox version over a Switch version.

Xbox being Xbox. I don't think the splits have much to do with Game Pass hurting sales so far. Anyone who thought generations are "hard resets" was in for a rude awakening.

Ubisoft is one of the most Xbox skewed 3rd parties, and a lot of their titles are primarily Xbox marketed. It's fair to extrapolate from their data that Japanese games split are around 75-80% in Playstation's favor.

From a developer/investor standpoint, Playstation, Xbox, and PC are pretty much a single platform. Porting between them in 99% of cases is a simple task. Xbox, irrelevant as it may be to Japanese games for instance, is a touch different from a Playstation SKU, and so as a result it gets loads of Japanese games that are completely skipping the much more popular Switch.

With that being said, Sony can convince Japanese 3rd parties to skip Xbox for a time because they can cover the lost sales with relative ease. To a strike a similar exclusivity deal, MS has to pay several times more than Sony would. We recently learned that MS paid 100 million to secure a single year exclusivity for Rise of the Tomb Raider, which isn't even THAT big of a title. Market leaders can pay less to gain more, and this is what's leading to all these exclusivity speculations, and why main Final Fantasy titles are Playstation exclusive again.

What you meant to say is some people here believe the multiple devs who have come out and said their games sold more copies after being in GamePass. I’m sure you are privy to more info than them though. Not sure why you’d try to connect that to overall third party sales.