Spain, Japan and in Germany we get milestones.

I made a compilation of Spanish FWs. Usually Xbox is so small that its not worth mentioning splits. 80-90%+ to PS.

Germany 70-90% PS. Most of the time XB titles don't get close to the milestones of PS, for instance: 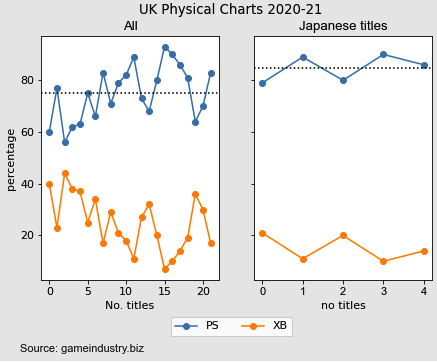 Really is outstanding to see the collapse of Xbox physical sales in the UK, its 2nd biggest market in the world. If its like this in the UK. EU and Asia will be massively skewed to PS.

For those who keep saying this is due to digital, there is no data to show Xbox users buying digital at notably greater rates than PS in the UK.

That's 62% skew for PS4 in digital only, very similar to the physical skews.

Its hard to really see the collapse of Xbox's marketshare till you go all the way back to 360/early XB1 software splits where data is harder to come by. However, I realized one game is the perfect measure for this.

COD comes out every year, is a massive blockbuster and used to have the majority of sales on Xbox. Look at it now:

66% for Cold War on PS. Vanguard is going to be interesting. Its not even a hardware issue as the split in hardware sales is 56:44, whereas COD has now become 66:34.

Its clear. Xbox physical has collapsed, digital has not kept pace either and this could very well be due to Gamepass. 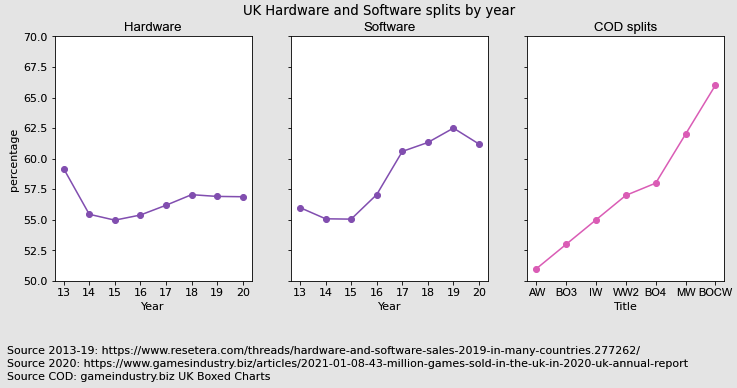 Didnt CoD go from Xbox marketing rights to now Playstation? If so, that may play a role as well into the heavy Sony swing lately.

Also, I believe that Gamepass has in fact impacted software sales on Xbox.
If someone has Gamepass then its likely they will pass on many new releaes since they have a lot to choose from on GP.

From what I understand Xbox has higher digital sales compared to physical. So comparing physical sales is kinda pointless. Like, isn't that the reason vgchartz stopped tracking sales, because of the digital rise?

Do you have any data to support this?

Because the data we have actively says no, Xbox users are similar to PS users in the UK in digital consumption.

Going to interesting to see when the moving avg goes above 80% of sales on PS. Right now its 75%.