I understand the logic that it doesn't really feel like Belgium's history because as you said it happened on a different continent and it's now a different country. However, I think with that logic you could freely omit most foreign intervention from the history books.

There was a ton of wealth generated in Belgium at the cost of the Congolese. This seems like a significant omission, especially for a country with only a couple hundred years of history. At least I understand if the UK or France were to examine colonization in school it would take forever because they practically colonized the whole world. Still, it does surprise me to hear some people from the colonial powers not to tackle colonization at all. Many problems in the world today are rooted in their colonial history.

Once again the US is not innocent in this. While we have become better at recognizing the genocide of Native Americans when colonization first took place on the continent. We still ignore the terrible acts the US engaged in as we moved westward and claimed more land.

Indeed, and it leads to an unhealthy disconnect in the people growing up in those countries, I was one of them.

I remember going on holiday to the states with my friends and we were kind of berating their portrayal of the treatment of the natives and the omissions of all massacres etc. Blissfully unaware that it were (also) the Dutch settlers that partook in the systematic removal of the natives from their land. New Amsterdam (NY) was of course all 'peacefully' established (allegedly the Dutch bought it from the natives for $24 worth of trinkets) until Charless II took it from the Dutch.

Now what I remember from school is that the Dutch at some point traded New Amsterdam for territory in the Caribbean. Which is true "In 1673, during the Third Anglo-Dutch War, the Dutch re-conquered Manhattan with an invasion force of some 600 men. But they gave it up the following year as part of a peace treaty in which they retained Suriname in South America. “They thought that was going to be worth more,” Yet the war was left out, as well as anything about Suriname. Just a little factoid in history class that New Amsterdam was traded for a worthless colony in the Caribbean, no offense to Suriname, but that's what I remember from school. Dutch settled Manhatten, then foolishly traded it for territory in the Caribbean, that was it.

As another UK poster mentioned, someone had a massive boner for WW2 and that was when I zoned out. I just didn’t find it that interesting. I’ve always been more fascinated with ancient history and not necessarily of my country though so that’s probably why. Nothing in school was said about colonialism, the UK was neither glorified nor vilified, what was taught was accurate but they picked very specific time periods/events and that’s understandable as there’s only so much time, and to truly understand a topic it has to be concentrated on.

Strangely enough, being Welsh and in Wales, the English were never villainised and we were never taught about the what happened between the English and the Welsh, apart from what happened during the Tudor period. When we were taught about the Roman invasion (and the Scandinavian invasion) those peoples were not vilified either, it was just taught as fact. I like this style of teaching; facts and truth are important and an individual can decide for themselves how they feel about the events. I don’t want my history with side servings of “muh feelings”.

In summary, not everything was taught (impossible task for two hours a week history lesson) but what was taught was less emotion based and simply stated facts. Interestingly enough, when I returned to education in 2019, the history class was much more biased, incorporated feelings and encouraged “how it makes you feel” or “put yourself in the shoes of x, y or z” and overall had a gloomier slant. I did not enjoy this style of being taught. So I went away and read books instead.

Time to tell that teacher to take a hike and get a real one.

Agreed on the ancient history, I definitely find that a lot more interesting than more modern stuff. Would have been pretty cool to learn more about the ancient Greeks, Persians and Chinese.

I also agree about teaching styles. I was always taught a more fact based approach. Not only that but when it comes to academic writing, even when giving your opinion on something you should never ever say "I think" or even "I" at all. It should always be stuff like "could have caused" "some people believe" etc. and you should always include both sides of the argument and I definitely prefer that.

In Spain, education is a disaster, hatred towards the heroes and ancient conquests of Spain is promoted and in language there are regions of Spain where it is forbidden to speak Spanish even at recess.

Yes, in Spain there are areas where it is frowned upon and even forbidden to speak Spanish 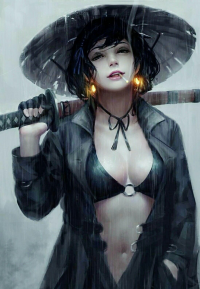 It'd be interesting to know how much as changed since then. Could be to do with being a private school, I know public schools are different to private schools. My high school had no language options, but we learn about chevon for 2 years.
Must be nice having so many options

So, let's see... First year we get an extensive overview of the Stone Age, Bronze Age and Roman Empire. Second year is the medieval period and the renaissance, third year is French Revolution until the Vietnam War (which gets left out most of the time due to lack of time, ending on WW2 after-effects)

After that, there's one year of modern history, which focuses more on international relations and treaties.

Not very much about our own history early on (Luxembourg only came into existence in 963 AD, and most of our dukes were also kings of Bohemia and Emperors of the Holy Roman Empire half the time, and as a result not much is known to happen in the country itself during medieval ages.), but more and more during the period we call "Fremdherrschaft" (foreign rule), Luxembourg was part of the southern netherlands like Belgium, we got passed around between Burgundy, Habsburg, France, Spain and Austria for a period of 400 years until the congress in Vienna 1815.
From there, the focus turns much more to our country as it slowly gains more and more independence. To wit: Creation of a luxembourgish state in 1830, formal independence in 1839 (but with the Dutch king as regent and a Prussian garrison guarding the city), the Prussian garrison leaving in 1867, and the country getting it's own dynasty of grand-dukes in 1890 - and why the country is catholic:

Spoiler!
Grand Duke William IV., a fervent Protestant, married Infanta Marie-Anne from Portugal, a fervent Catholic. They decided that he would raise the boys as Protestants and she would raise any girls she bears as Catholics. Of course, he was banking on the fact that a Monarchy is generally a heir club for men, and thus the next Grand-Duke, and by extension the country, would be Protestant. Cue having 6 children together - all of them girls! And thus the rules needed to be rewritten for the Grand-Duchess to be able to access the throne, and the country became catholic.

After that part, the history gets a bit muddied with economy, as Luxembourg was a major steel producer at the turn of the 19th century until the 1970's, when it got replaced with banking, and the only events covered are both world wars.

Last edited by Bofferbrauer2 - 1 day ago

It all depends on the teacher you get. I got more fact based and balanced 'history' from social studies than from history class. When the cold war was ending, while everyone's attention was on the first Gulf war, my social studies teacher pointed out what was going on in the USSR at the time. History as it was developing.

Ancient history was also fact based, persians, greeks, romans, monguls, bit of china, arabia, the origins of math and language. Medieval times was still pretty much the same although clearly just focusing on western Europe. Different teachers for the later periods and more opinion and 'pick and choose' history the closer it got to present times. It got so bad in the final year that my history teacher was openly promoting one political party over the others while teaching political history of the early 20th century.

On the other hand I went to a Christian school that taught Evolution theory completely opinion free with a lot of focus on Darwin, while also teaching creation. However the latter was presented as the creation story, as it was written in the bible. Same with many other things from the bible, discussed as stories, never any hint of fact. They also taught us about Islam, opinion free and also other religions. Discussing differences, yet never favoring one over the other. Religion class was more fact based than history class.

In the end, teachers are all humans, humans are all different. No two classes are taught the same, it all depends on the teachers you get. I have great memories and respect for my social studios and religion class teachers (as well as many others). History isn't among the list though. I can't remember hardly anything about the 'better' ones, just a couple things about the one pushing political views.

That raises the question, why would we focus on national history anyways? If we measure events purely by inherent importance, then we should learn stuff from all over the world instead of just our own country or continent, and then all European countries should learn as much about eachothers colonies as about their own. But if we measure the value of events in relation to their relevance to us (in what way did the things and structures we know get formed, and how well do the events fit in our general story?), then how important are the colonies to us?

I don't know to which degree the 'tons of wealth' were actually important to Belgium. My Belgian History textbook only mentions the following things about Congolese finances: 1) In the first years the colony was privately owned by Leopld II (with no official ties to Belgium), so the money went to him personally instead of the state. 2) After the Belgian state bought Congo in 1908, the 'free state' was restored which meant that it was mostly exploited by private international companies. 3) The book also says this: "The Belgian and Congolese treasuries were strictly seperated, to avoid that Belgium would have to fill financial shortages in Congo or would have to 'pay' for Congo in any way. After all, there was still little enthusiasm among the Belgian citizens for the colonial project."

Either way, my point is that if schools skip this, it's rather because of a lack of time than because of an intentional omission of the 'bad history'. I'm pretty sure we also skipped the whole pillarisation, even though it was a very important part of Belgian society and still has effects today. We only had 2 years / 2 hours per week to learn about everything that happened in the last 250 years, so it was mostly just a string of major political events (French Revolution, Napoleon, Belgian Revolution, French-German War, World War 1, Russian Revolution, Interwar struggles, World War 2, Cold War...)