Anonymous people do tend to be more honest, I don't think it's unbelievable to suggest that a developer which has a marketing partnership with Xbox isn't exactly going to say negative things about their tools.

The stuff I posted here: https://gamrconnect.vgchartz.com/post.php?id=9247175 are from official documents straight from Microsoft which shows the SDK is coming in hot.

With the next generation of the Xbox console, Microsoft is working on a new development environment called Game Core. The environment is now available to developers building titles for the series X and series S (Lockhart) but it’s not quite finished yet and won’t be finished before the release of the upcoming consoles.

The purpose of Game Core is two-fold, to make it easier to develop games for the two SKUs of series X/S and it is designed to make game development closer to that of building a traditional Windows 10 application.

This doesn’t mean that there will not be more updates arriving to the GDK before release, but it does mean that the June 2020 GDK will be the baseline for developing next-generation titles.

Considering Game Core is all new, not everything will be ready for the launch of the consoles. While developers can now use the June 2020 release for games that will head to retail, features like “Multi-process games in Game Core” will not arrive until after launch. There is a work-around for this in the current release, so fret not that this means games can’t be multi-threaded.

The takeaway here is that Microsoft’s Game Core is moving full-steam ahead and will be ready for launch later this year. But it’s not complete and there are quite a few bugs/optimization that need to be worked out before all the functionality meets the targeted spec sheet when the project was first started.

"anonymous sources" have been used to spread a lot of FUD, much more than to tell the truth about what no one else wants to talk. And have been like that in other media as well. So I rather believe on several people with a face than rumors from anonymous source, if we were to believe that then PS5 is a 8Tf console that got a rushed overclock that made the console being finished only in August while melting/burning down on factories.

I saw your post, and unless I read that wrong is final version, not that the devs weren't already using the tools in preview (because that would put the devs that openly talked as liars, because they were directly answering instead of just dodging question). And from the way you phrased it didn't came straight from MS document, it came from a reliable insider (we had reliable insiders talking RE VIII was running only at 1080p on PS5 and some other stuff like that).

No developing tool is ever finished truly, they keep evolving and improving. Their DirectX 12 is already something that is building like in the PC, and considering PS4 even though Sony doesn't develop for PC had a very easy time porting back and forth between the two. So I doubt GDK is so alien stuff.

Next-gen only titles will come by 2022 probably, so does GDK cover the crossgen efforts or their will have to develop in GDK plus another version for the older gen?

Just to remember UE5 hadn't even be formelly announced, and on the day it was announced MS was very fast to ensure Ninja Theory was already using it.

This sounds like a whole lotta cope. It's pretty clear here than once its patched up these differences will be in MS's favour. That and of course getting more familiar with the tools. And before you argue against that: How many years did we spend arguing about untapped power of the Cell™.

Also there can be bugs like this which affect 100% of users, and given the current climate I'm not really surprised some stuff has been missed; rushing for launch, launching a console during a pandemic, rushed tools, etc.

Either way it'll be fixed.

I don't think it's software/tool issue at all that causing the performance different, we need to remember Eurogamers preview, Gears 5 devs got Geforce 2080 performance from XsX after just 2 weeks of optimizations.

And Gears 5 don't favor AMD over Nvidia in this title: In average, Radeon 5700XT is around 5% faster than Geforce 2070 when compared to other games. I'm pretty certain that I know what is going on but gonna keep it a secret and it's just speculation anyway. If I'm right, tools won't help XsX but it's not so bad for Xbox fans, RTX performance between the consoles should be very close to eachother.

Yeah, definitely not so you can say you're right no matter the outcome

At least the S allows for someone to put his/her game in rest mode and not crash.

Btw your sig is insane. Not positive insane, but insane insane. Assuming it's not a joke, you know Mario is the foundation of basically every modern platformer right?

What is a lot to cope?

The game on the other modes run better on PS5, and on 120fps PS5 have a section that runs at 90fps with the rest sticking to 120 with better assets (on Xbox it is close to 120fps most of time, but still had drops to as low as 96 with a lot of tearing while using much lower assets). And we have been accepting and even expecting Xbox versions to do considerably better than PS5. And let's not forget that it isn't the only game or dev that have better performance on PS5.

I would say it is a lot to coupe for you that probably was touting the MS marketing of most powerful console ever and now when it is showtime missed, as they also missed in all their presentations this year.

How come they don't look good? Lying and saving face aren't the same thing. Just like past week one game that was on very bad shape was released and the dev apologized and said it doesn't meet their quality standard, but kinda phrased in a way that they released anyway because they had a timeframe. Say one bug that show for 100% of the players 100% of the time for 100% everything in a mode other than this one.

Again I believe him when he say they will patch and improve the game. But I don't believe for a second it is a bug, and he didn't say it is a bug, he said it doesn't happen in 60fps or photomode. 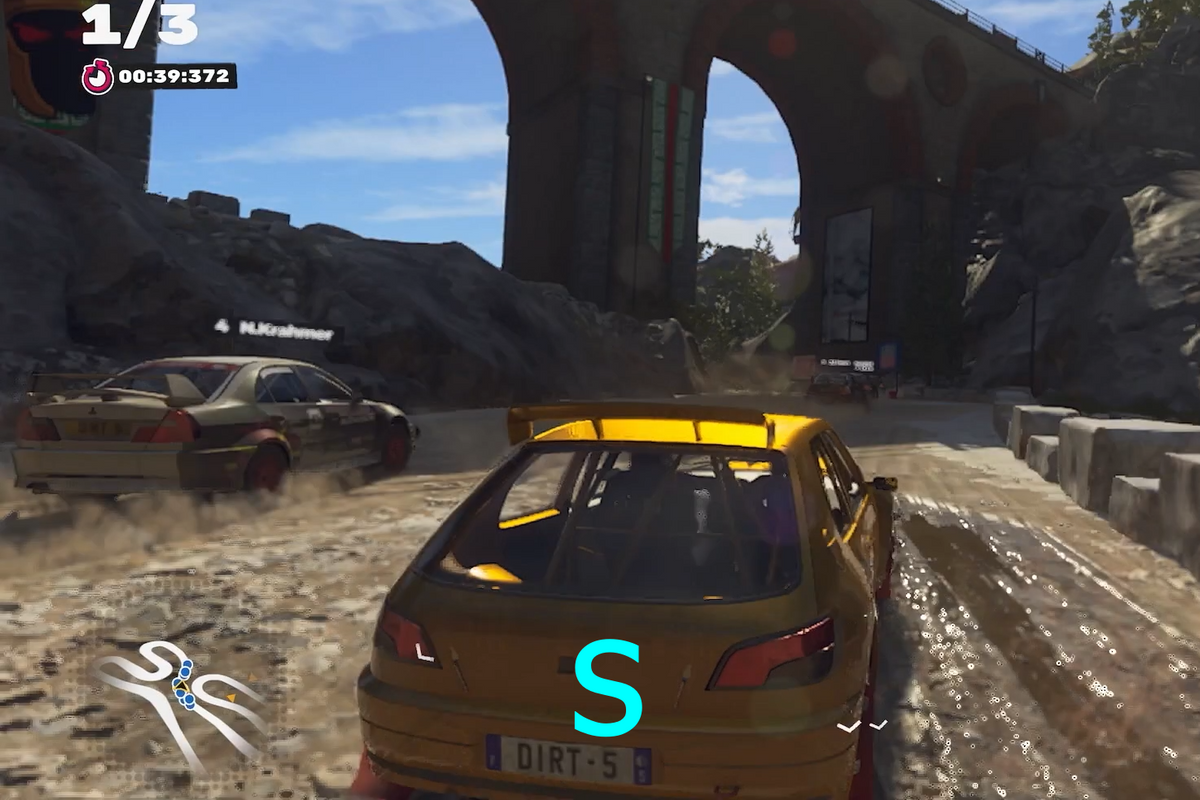 It is soooo blurry compaired to PS5 or XSX, its nuts.
If I was a dev, I woulda just dropped 120fps mode on the Series S.
This is too big a drop in image quality imo, to give up for a mode few TVs support.
Who has brand new expensive tvs with 120fps,.... but buys a Series S anyways? Its a bad look.