Just go to Game DB, search for a game and add it to your collection.

As for the site, was slow as hell the first few days. Now that it's seemingly normal speed, I'm used to it.

Formatting is broken on mobile. Oftentimes multiple overlapping ads will fill the screen, and it will take multiple refreshes to finally reach the home page. Even when I do get through, I can't really see much of the design because I have to scroll around so much. Quotes are still broken for me in mobile too. I'll see how it functions on desktop eventually, I suppose. 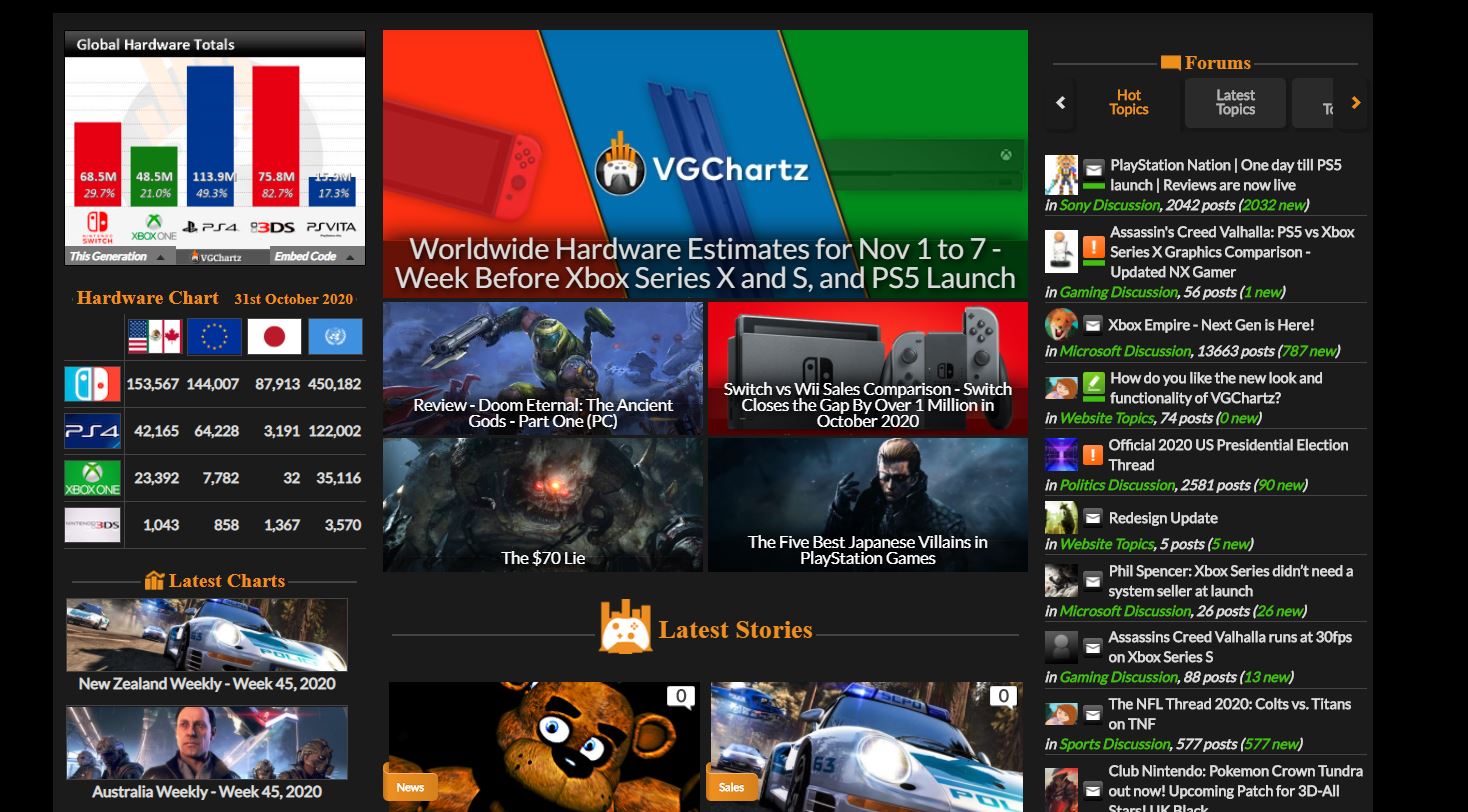 Honestly, it looks a bit like the website I built in high school in the late 90s. My first thought was "oh, they must be having some technical difficulties".

Bonus answer: you're still missing a table view in your charts menu (like it used to be). That chart there is difficult to read, at best.

Bonus answer 2: this website and forum revolve mainly around the sales, therefore the latest weekly sales forum topic should be pinned somewhere to the front page (until the next one comes in) and in the sales forum, it should be sticky. Not to mention that from the front page "Sales Discussion" is no longer available, at least to me. And please don't tell me that this option is buried somewhere in my profile settings because even if it is, it definitely shouldn't.

I was like "ok it this a 25th anniversary celebration design or what ?"

When you see Times New Roman on a website as basic font, it's usually not a good sign design wise.

A lot of stuff I'd like to respond to in here - I'm only through the first 50 comments or so, but I did want to take a stab at some of this. A couple of general points:

- many of the "this used to underline" or "this was a different font" or "the color changed here" type stuff, is accidental. One of the biggest changes done for this update, is one not really seen by anyone - and it's a general conolidation and clean-up of our css files. I can't tell you how many site specific files we had - while trying to manage different themes and everything else, it was an absolute MESS!! So, I had to spend hours combing through all of these files - weeding out duplicate styles and/or styles that conflicted from one css to the next - it was truly an unholy mess. The side effect of all this type of cleaning, is some of these "minor" changes get lost or overlooked. They may seem HUGE to you all, but when you've been staring at (and refreshing) the same page, over and over and over again, you are absolutely not going to notice every minor detail. Hell, we had a team of at least 6-8 people combing through this and there are dozens of things they missed, too!!! We're not Amazon or Facebook or some multi-million dollar enterprise. We're one volunteer coder (who has a full-time day job and family at home), along with a handful of volunteer testers (who also have jobs and families) - so we're bound to miss details like this. Maybe some were design choice - most likely though, they were changes that were simply missed. Obviously you all can't tell the difference, so the best thing to do is simply assume it's a bug FIRST and report it - if it was a concsious change, we'll say so - if it was a bug, we'll say so and fix it. Simple as that!!

- I see quite a few "there's too many features on the front page!!" - which in reality, is a perception issue. If you look at the orignal site upgrade thread and compare some of the before/after screens, you'll note there are LESS features on the front page. Well, maybe not less, but certainly not MORE! Many of the features were always there, but weren't so obvious and therefore, people might not have even know they existed. Other features which may have been spread to multiple boxes, were instead combined into a single box with tabs. More graphics on the front page? Sure, that is true - but more items and features in general? Definitely not.

- A few things list below can be addressed with settings that have always existed, but perhaps have been unknown - I will mention where appropriate.

- missing underline is a mistake - it will be added

- do you use the timezone setting in your profile? is this a case of you not knowing the feature is there or that it's not working?

- I am aware of issues with the Quick Reply and Quote Trees. Not sure about whatever other issue you might be having with formatting, but if there's something else wrong with it, please continue this discussion in either the Site Upgrade thread itself, or the Web Development one - please don't continue it here or it will get lost and forgotten

- as I mentioned in my opening - there isn't a single feature that has been "added" to the front page. Everything that's there now, was absolutely there before. What is there now, that wasn't there before?

- Perception is everything, Rol - and yes, you started this poll WAY too early! I agree with you that there are those that don't like change, no matter how big or small (and for the record, I wouldn't consider this a "major update" either - it's more like a "refresh") - but first impressions are a killer, and the abysmal performance issues we had in the begging would absolutely swing the results. Read the comments, it's pretty obvious.

- Can you gert a screenshot of the "nothing can be seen on a single screen" issue, because I'm not exactly following you? A lot of work was put into cleaning up the entire site, so that we no longer had random pages here and there that hadn't been reformatted with the responsive layout.

- Are you aware of the option to flip the Left and Right columns? It's in your profile settings and the entire reason this option was added, was to satisfy this specific issue - swapping the columns allows the Hot Topics to load first on a mobile device

Yes, I use the timezone setting. I know the feature is there, it just doesn't work correctly. As I said it adjusts for daylight savings, regardless of whether that country adjusts or not.

I use GMT+9. Which is correct. Except during half the year I get GMT+10, despite it still being GMT+9 in settings.

Remoevable bets will be great, looking forward to that update!

is adjust for DST set on no?