Had a flashback to this. PS2 had chip shortages at launch. 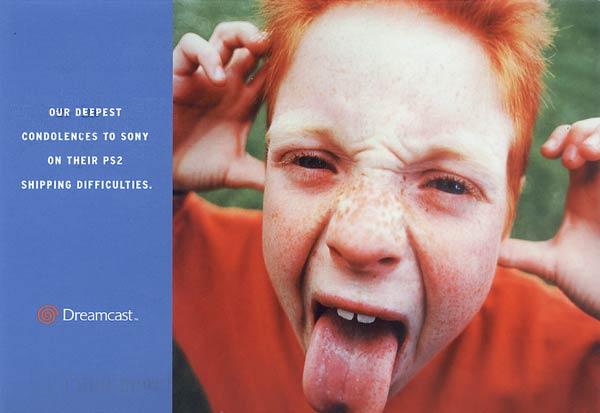 Wow. They wanted to ship 15 million through March. That is nuts. Even if they get 11 million out there that should be plenty, they'll still probably have a couple million sitting around at that point. 15 million would probably get them into next Fall.

Even more absurd of a plan given it was reported that Sony freaked out over the pricing of Xbox and apparently had to slash their planned price of PS5 because Xbox came in at a lower price than they had thought.

At least at 11 million through March there should be plenty of supply for everyone to get one with plenty left on store shelves.

production numbers are NOT shipment numbers

I’m rolling my eyes at your first comment. Please, you don’t have to educate me on the importance of brand over specs. The power narrative does apply to the niche core gamers that care about their multiplats. The vocal minority. Everything helps, power and price of Series S will ensure the gap initially  won’t be as wide.

I’m allowed to say the shifting shipment projections are a bit much, it’s fair to say. And by hardware teams I was referring to the chip yield aspect. By being on the ball I mean having a flawless hardware production, not rumors like this. Selling on their brand power is not the point at all I was making.

I know produced doesn't mean shipped, but this will reduce how many ship as well, which will reduce how many are sold. If someone leaning PlayStation, but open to Xbox, goes to the store to buy a PS, but sees am empty shelf, and then turns to the spot over and sees an Xbox, they may buy it.

I'm curious how many more Xboxes or Switches (especially if Switch Pro rumor is true) sell to people that would have bought a PlayStation had it been on the shelf?

That rumor about sony being freaked bout MS pricing is also nonsense. Its ignorant fanboy banter at best (not talking about you because its clear that's not what you are saying). If you ask anyone that is even remotely tech-savvy on here or other forums back in march when rumors of Lockhart were really making the rounds and what a lower-priced console would be compared to the XSX, we would have said (and a lot of us did) that it would be priced at $299/$349, be all-digital, have a smaller SSD and be at around a third of the GPU of the XSX, have less RAM bt have the same CPU.

If we could figure this out, I am sure sony could too.

If anything, the thing that could b causing sony some grief is the financing option MS is basically offerring for their consoles.

They can quest for 15M chips from AMD, and AMD would crunch some numbers, and tell them, "ok, we can do that for you at this price" and they will be good. Only for AMD to come back a month later and go, "Hey, sorry, yields aren't as good we thought, we can't give you 15M, we can give you 11M chips though".

That's not on sony. And again this is the good kinda bad. The only reason this is news is cause they are dropping from 15M to 11M, but that's still a great place to be at. If they just went for a conservative 5-7M, everything would have been ok. Another way to look at it; this is the kinda headache MS would be wishing they had. That howmuch supply the want is tomeet the estimated demand for their console is outsripping the capacity of their suppliers.

Do you really think MS/Sony make consoles and stack them up in the backyard of the factory? (there was that humourous thread about a New Zealand landfillwhere Sony digs its PS4 overproduction)..

Every console that is slapped together at the factory is shipped/goes into transit, at best immediately. Storage space at the factory costs alot of money, obviously, and things might mysteriously disappear there). If by shipping we actually mean shipping, then the container contents is either already sold, is going to be sold while on the ship, or in the absolute worst case, some is unsold when the containers are unloaded.

The trick obviously is to distribute the worldwide shipping exactly in a way so that everything is sold and nothing has to be stored when the containers are unloaded. But to sum up for the 102nd time: What is slapped together is shipped.

Do you really think they make the SoC and the rest of the damn box in the same factory?

Uh, no? But that's not the point? For it to be considered "produced" means it is completely made. If 20 PS5's are created, then 20 will ship is the point. No one would count production numbers for partially completed PS5's lol that would be insane.