Weird thing to be upset about on twitter. Franchise mode doesn’t have great simulation logic or realism, so who cares if he is rated an 81. An 81 in Madden is not great. Does he have a Superstar X-Factor skill?

Also Kaep was a fine QB in a shitty Chip Kelly system. The only sad thing here is that by peacefully protesting, he was blackballed from the league. And of course now that riots and looting is happening, all conservatives want to talk about is “well, why can’t they just protest peacefully”. It’s a joke.

As someone not fully invested in this story my take is:

He is not a good athlete but he kneeled during the anthem and now EA wants to score woke political points by idolizing him in the game.

I mean if you can’t be a star, do controversial things and make money off corporations piggybacking off the political spotlight I guess.

My take is,
info from a few years ago
" Kaepernick signed a six-year contract extension with the 49ers, worth up to $126 million"

So does the NFL generally give $126 million dollar contracts to terrible players?

He won 11 games in his last 35 starts over the last 3 years of his career, including a stretch of only 4 wins in his list 24 starts, and 1 win in his last 11 starts.  Meanwhile, Jimmy Garoppolo won 5 straight games as soon as he was acquired and named the starter the following year.  Sometimes, it actually is about the man under center.

And sometimes it’s about the head coach, the offense, the defense, etc. I’m not surprised that in two seasons under Chip Kelly and Jim Tomsula that the 49ers weren’t any good. I’m also not surprised that under Kyle Shanahan the 49ers have built a dominant run game and good defense. They ranked 29th in pass attempts last season, so it’s not as if Jimmy G is leading them to victories.

He surrendered his career.

Hope that was sarcastic, as I wouldn’t throw out that term lightly. Wouldn’t equate kneeling at a sporting event to active duty soldiers for example.

If only Chairman LBJ took a page from Colin Kaepernick's playbook and gets the fuck out of NBA, maybe things will be a little tolerable for the fans? I mean Colin' still seems to be swimming in sponsorship despite not playing. You just have to virtue signal hard. :)

They change stats of dead/old players that haven't played in years in between games, and people don't get upset about it.

Speaking of Pele, he played when the sport was a lot less technical and physically demanding than it is today. No coach could look up Pele's techniques and playstyle online and design a defense around it like they can today vs Messi and Ronaldo, etc. He also never played outside of America (Europe has by far the strongest leagues) so as much as Pele is a beloved player, it'd be difficult to justify the 99 player rating he currently has in Fifa 20 when compared to other players.
For his era, absolutely. But compared to the players and defense he'd be up against today, it's more of a symbolic rating than one based on how he would fare against today's teams, but I digress.

Realism becomes paramount in these situations though. People were counting Abby's calorie intake compared to her training schedule found in the game, measuring her body mass, etc, until they found out she's modeled after a real woman. Then they became quiet, and went on to the next thing.

Though I don't disagree with the idea that EA are doing it for PR, but who cares. 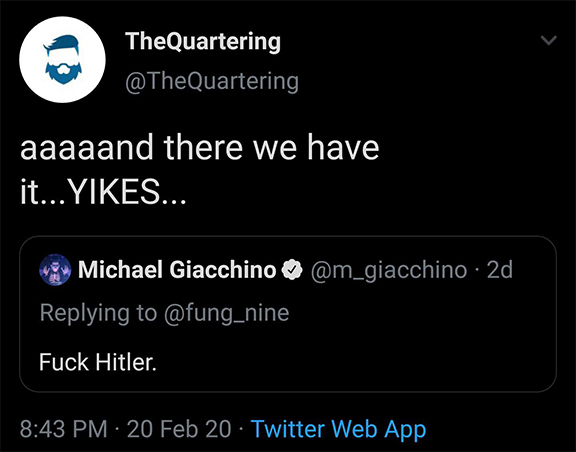 People are fine with it (Metal Gear Solid, etc) until it's certain things they disagree with.