Here have this from Shareholders Q & A, released July 3rd

Anecdote, but the local chain store that I usually visit (GEO Hyper Media Shop) is dumping their TLOU2 Collector's Editions (the one that has the Ellie statue). 50% off less than a month from release, originally about $180USD (converted from JP yen) now half that. Maybe they take up too much space? Anyway, regular version is still normal price. 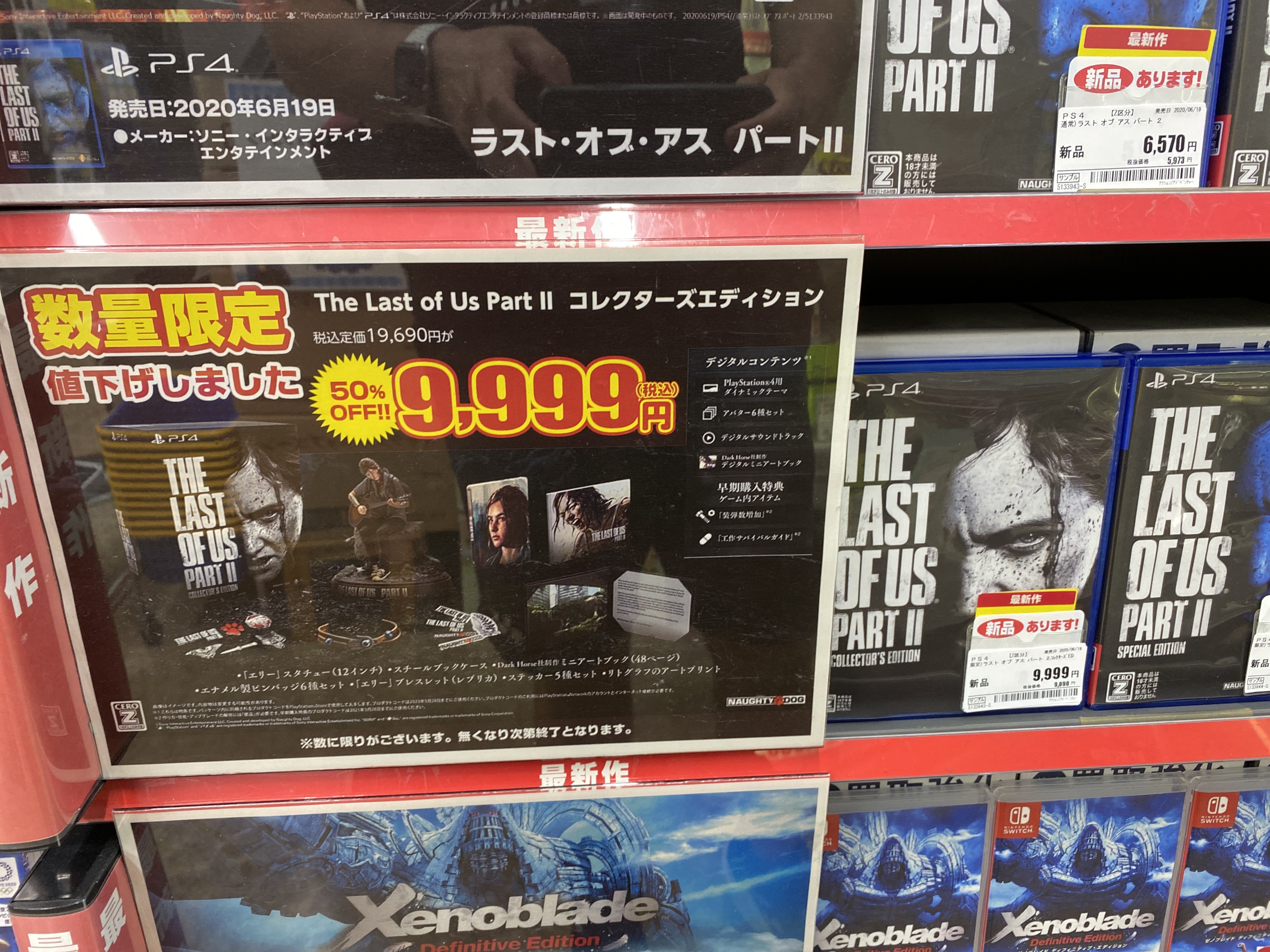 It is nice to see a same day 3rd party game sell better on the Switch for once. With a now 5m install base lead, one would expect that to be the case every time.

Still it is quite the small lead in physical sales...

There's also just a lot more to buy on Switch. Switch dominates the software sales chart every week. There's much more software competition on the Switch in Japan. For PS4 anytime a decently popular new game comes out its gonna be what everyone is buying, while on Switch you have to compete with a bunch of other games that sell well.

Switch version might get better legs. And this game is the first one for the Switch. You need to build that fanbase on the Switch. Same scenario as Persona Scramble.

But it at least got a Switch version. Like look at SAO. Completely missing out on a handheld audience which is what Japan is known for. It quite funny how some devs in Japan are still willing to make exclusives for a sinking console(PS4) and a console with 0 userbase(PS5).

Indeed, Sao was largely overrepresented on COMG, so my prediction of 200K FW flopped hard xD

In the meantime, Switch, RFA and Animal Crossing are on an automated rampage through the charts dominating whatever they want !

Those PS4 numbers are grim indeed. I find it hard to believe that's all Sony could ship.

As Jranation points out, this is the series debut on Switch, while it has an established audience on PS4.

Is there still hope for the PS4 to reach 10 Million lifetime in Japan?

Nope, might not even surpass the PS3, Sony is likely sacrificing production of it in order to make sure they can have as many PS5's as they can at launch.

A slim hope, but one that's dwindling with each passing week.