So Spidey is not a new game. Just DLC added on the PS4 game just for PS5. Lost my interest. A full game be interested in. Spidey on PS4 was great but the DLC was not. Did they tease all that Myles stuff, for just more DLC? Yup, I'm out. Not rebuying the game on another platform. All I know about him was in Spiderverse and it was ok but really overhyped. Spider-Man 2 is still the best. I'd put Verse as 4th best. 2,1,FFH then Verse

Also in the article -

I think its a more of a spinoff game like Uncharted: Lost Legacy is to UC4.

They updated the article after I posted it xD

While a Lost Legacy type of game is certainly better than what we were let to believe at the beginning, I still think that having a mid-sized spinoff title as your main selling point for the launch of your new console is not super exciting.

Yeah not disagreeing with you. Maybe that it why they didn't really make a big show of it, but they had to show something tangible at launch. Spiderman sold really well on PS4 so it kinda makes sense pushing it as a launch title. Even if it was not a full fledged sequel people were expecting. And realistically there's so much you can accomplish in 2 years.

Still a solid launch title is better than none lol

I was going to say earlier that the article might not be describing what you think, because they don't use the term Remaster.
They may be refering to how they're using an upgraded version of the original game/engine to create the Miles game. As in this is not the full on PS5 Spiderman-2 engine that we'll get later.

I see now that they clarified that it's a standalone game, maybe that was the case.
Either way, it sounds like it will be a substantial game on its own. 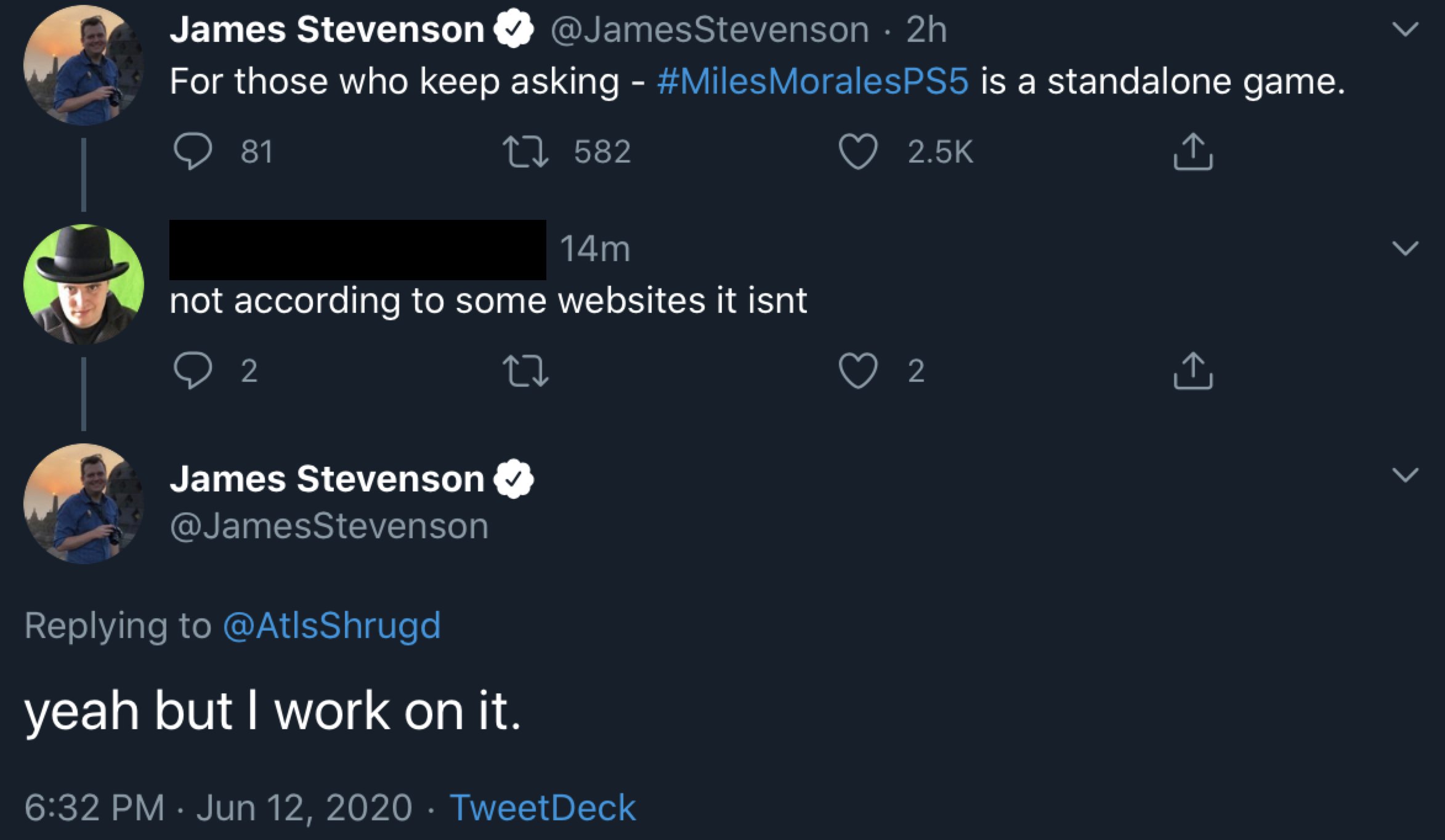 The original Spiderman is in the movie though. Don't want to spoil anything, but if you like Peter Parker, that's a very good reason to watch the film. It's called Multiverse for a good reason.

Yea I know he's in it. It's actually the fact that there are so many Spidermen(women?) that annoys me. Either way either the new Spiderman game coming out based on Miles I'm going to have to watch this movie.

It won't keep me from buying the game if the story and game play is worthy, but the title just kinda seems phoned in.

As for Zero Dawn, while it's a little hazy for me since it's been quite a while last I played through the story:

I'm pretty sure that Zero Dawn was the code name of the last ditch mega project that kicks off the re-seeding of all types of life on the planet using only AI tech.

A bunch of things in HZD are "forbidden" because the few survivors offspring, over generations, have little idea what happened in the distant past and few understand tech in the slightest. This is why "Forbidden West" is a lazy and poor title as far as I'm concerned.

Where did you get it will be available on PS4? It seemed to be PS5 only.

Because Zero Dawn was the name of the project that was trying to prevent the end of the world and ended up creating the situation Horizon starts and ends.