They do actually. And justifiably so in some cases, eg. that homophobic christian group, westbrough or something?

Shoot. Shouldn't have blasted my blow on the other thread.

I'll simply say that I support the movement fully and hope for actual reforms with these cohersitive institutions.

Just copy it over here.  I have links to them in the OP so you can still access them.

1) Are the quantity of interactions with police sufficiently correlative to make this argument? That is to say, if the data regarding your alternate explanation does not show that there is a strong correlation between these two factors, your hypothesis falls apart.

From the information I have seen, this hypothesis falls short on both accounts.

As SvennoJ has showed, levels of police violence doesn't show a strong correlation with the levels of violent crime. As such, this alternate hypothesis does not stand up to even correlative scrutiny: 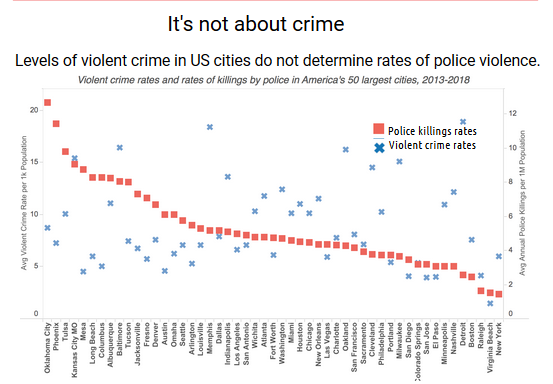 Towards the second point, systemic injustices run very deep. This is far from an issue that ends at the street level. There are issues with the underfunding of schools in heavily minority communities and the school to prison pipeline, discrimination in the workplace and injustices regarding pay rates, insufficient social safety net programs, and deep flaws in the criminal justice system such as the heavy criminalization of minor offenses and the fact that prison time actually increases recidivism rates. The system is deeply flawed. And yes, many of these factors affect individuals outside of the African American community, however, the combination of all of these issues come together to both reflect the unique struggle of these communities and show how widespread the benefit of reforms can be.

I am all for advocating the cause of the less represented and am against injustice. The thing I disliked about the question is that corporations are using it to push a corporate image an I am really just sick of the way corporations and governments are using legitimate causes to further an agenda of political correctness when their actions don't match their message.

Here is a very interesting video I found on the question of PC, in French:
https://www.youtube.com/watch?v=MRaI5aIXKu0

Just my two cents. The first thread should have been the official one. The second one should have been closed immediately. Now we have a third one...lots of conversation, continuity, and likely, traction, is lost in doing things this way. Well too late now though.

Retard Robin Hood gets his comeuppance.

Our thinking was that the first thread framed the issue in a particular way, from a foreign perspective.  Same reason we let the second one stay open, although in retrospect we maybe should have closed it right away. I think the best move would have been for us to make an official topic for it earlier on, since it was obvious that this would be kind of a big deal.  Live and learn.

I spent the last little bit scrolling through this guy's twitter, where he has been keeping track of videos of police brutality from these protests. There is an astounding amount. Some of them are somewhat borderline, or low quality (predominantly shaky witness phone cams), but holy shit, there is so much here. Literally hundreds if not thousands of cops should be arrested and fired for their actions over this past week.

Police shoot a man in the head with a beanbag round, fracturing his skull. They then tell the medics to carry him over and when they do, they open fire on them with more of these rounds, hitting the lead medic. The man is currently in critical condition and will likely have permanent brain damage. "Less lethal" methods can still be lethal or at least highly dangerous. They should only be deployed against a specific and immediate threat (or preferably, not at all).
https://www.buzzfeednews.com/article/amberjamieson/justin-howell-protester-shot-head-police-austin-beanbag

One more (Warning: It does show blood)

Cops shove an older man causing him to fall and hit his head on the concrete and start bleeding out his ear (a sign of severe trauma). One goes to administer aid but he is shooed away to join in the accosting of another man with a sign. They then report publicly that he tripped a fell. Luckily video footage is available or else this likely would have gone undetected. We need cops wearing body cams 100% of the time. If your cam is off or covered, you are fired on the spot. All footage should be accessible by an independent review board, with random stops being reviewed periodically as well as 100% of complaints and 100% of injuries no matter how minor.

BREAKING NOW: I just confirmed, the 2 officers seen shoving the elderly man in this video have been suspended IMMEDIATELY, according to the Buffalo police commissioner. pic.twitter.com/qbTvXAAPLH

**Blood warning in the first video**

Here's how the Buffalo police have described their assault on this elderly man: "During that skirmish involving protestors, one person was injured when he tripped & fell."

The old man "tripped & fell"....
And these Australian journalists "fell"...

The U.S. Park Police union just said those Australian journalists in Lafayette Park were "in the middle of violent protesters" and "may have fallen."https://t.co/Ah1mfNSoA6

If there were no cameras, these monsters would deny that ANY of these things happened.

I posted some tweets of cops kneeling with protesters before, but I'll be very cautious to do so from now on because I've seen too many stories like these:

Here's why you don't kneel with cops.
Yesterday. Today. pic.twitter.com/BQMqD3aAYb

~Update~
2 officers seen shoving the elderly man in the video have been suspended immediately.

These monsters are shooting at medics (posted that before) and destroying their medical supply:

Asheville Police surround a medic station created by protesters as they stab water bottles with knives and tip over tables of medical supplies and food June 2, 2020. The medic team, made of EMTs and doctors, said the medical station was approved by the city. #avlnews pic.twitter.com/cLDperemsZ

Some good news though!

NYPD source tells me on average six cops a day are resigning, and that number is expected to rise.

That’s in addition to normal attrition for retirement, disability, etc..

This is disastrous for morale and manpower. @BilldeBlasio is to blame.

THEYRE CHARGING THE OTHER 3 OFFICERS AND RAISED THE DEGREE. KEEP SIGNING PETITIONS, KEEP DONATING, KEEP CALLING. THIS IS ONLY THE BEGINNING 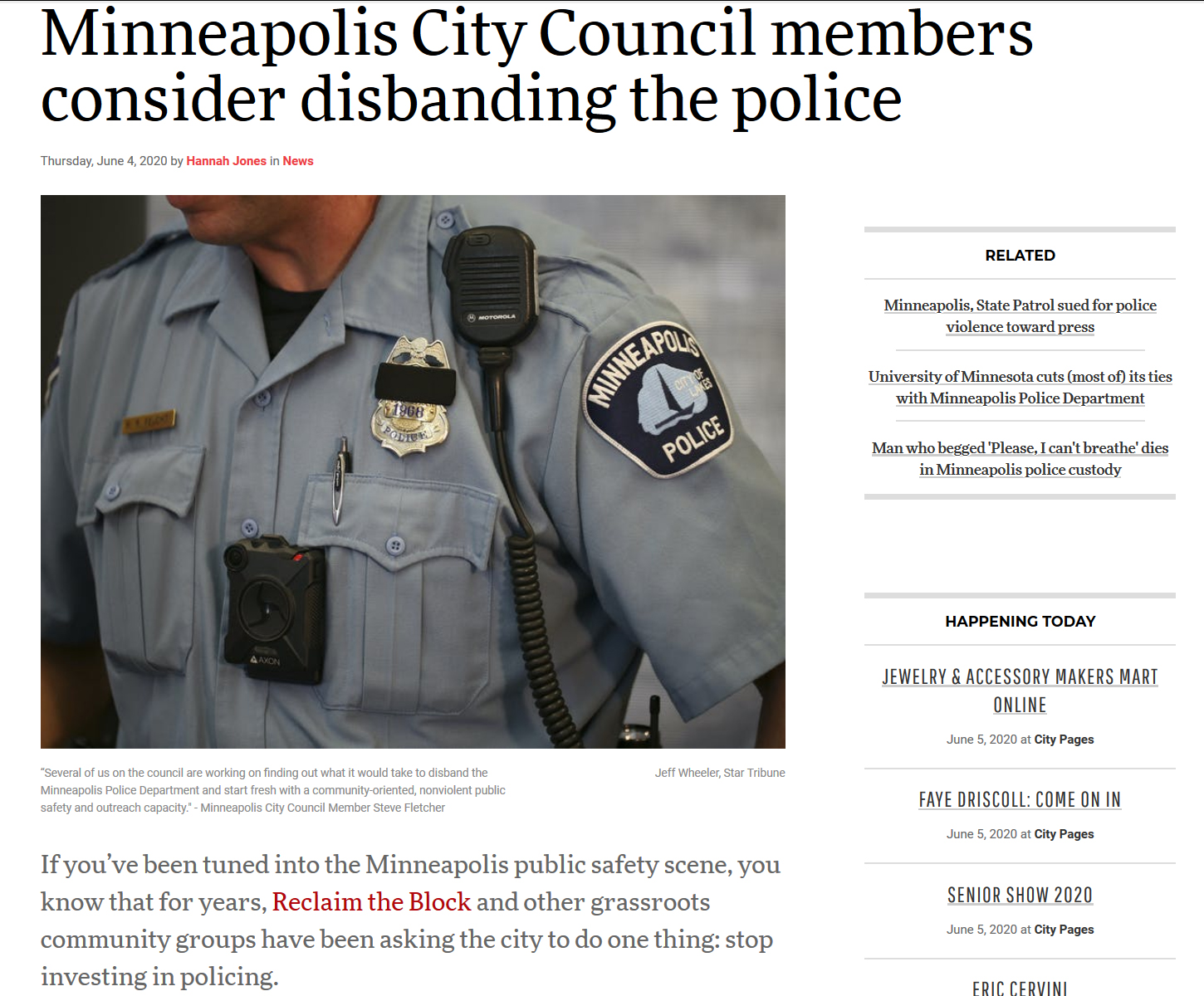 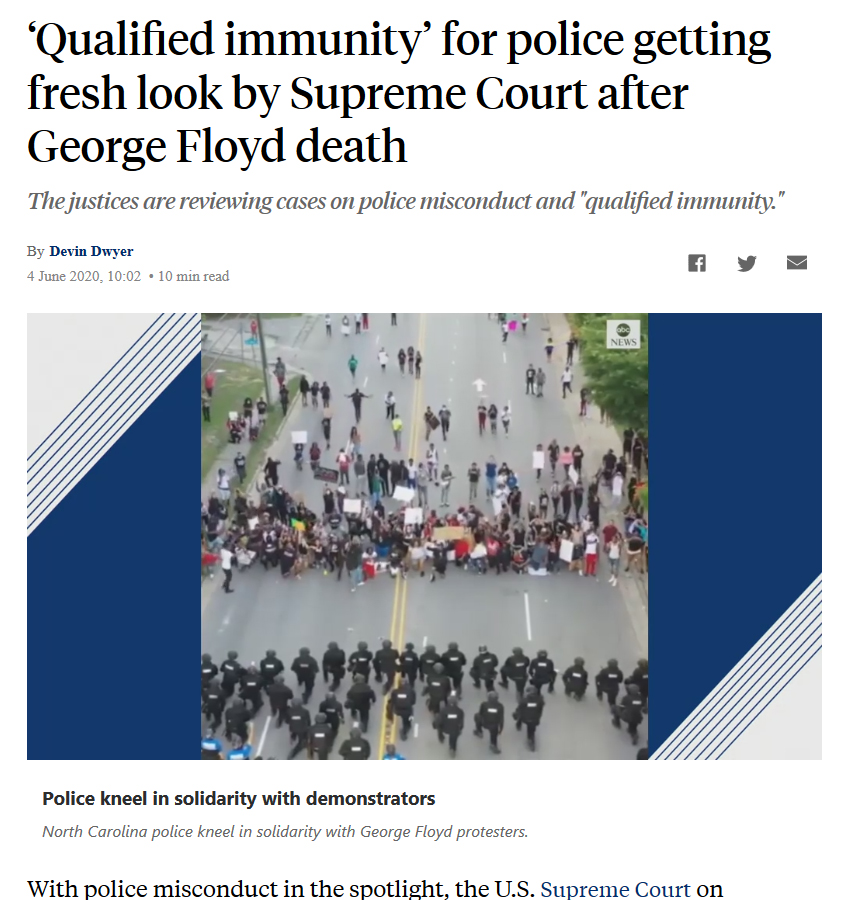 United States added to list of most dangerous countries for journalists for first time https://t.co/3oSM9SVc3T via @nbcnews

Do not look away! Or they will get away.