Surprised none of you mentioned this.

I was going to come into this thread and just say "Make the bad guys cry like an Anime Fan on prom night", but then I remembered some of these other horrendous ones. This one is actually pretty tame by comparison! 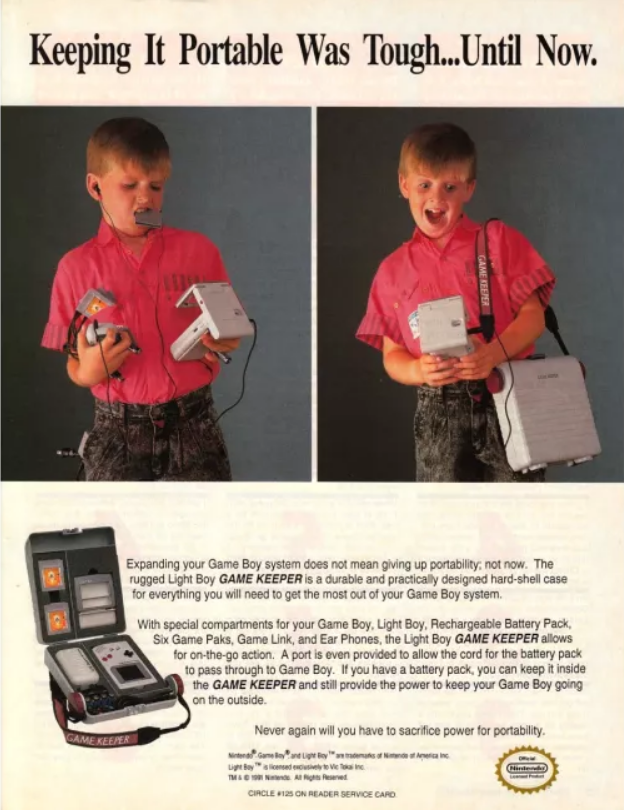 When Stolar left SEGA. Their marketing got real bad again. I had to censor one of them but it showed just about everything from old man ass to old man crotch. The other is a man fucking a fish. They got so many complaints about Man Ass one that they revised it in later magazines with a towel over him. 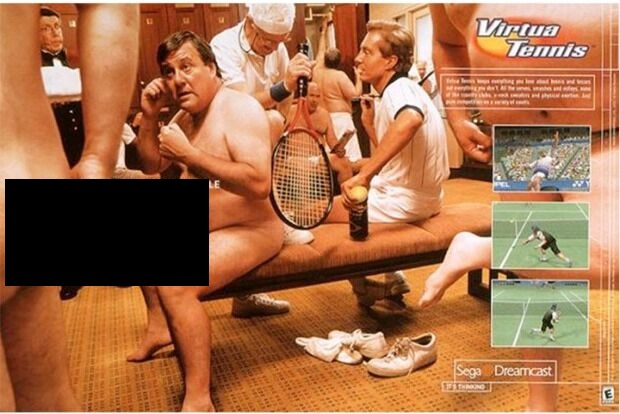 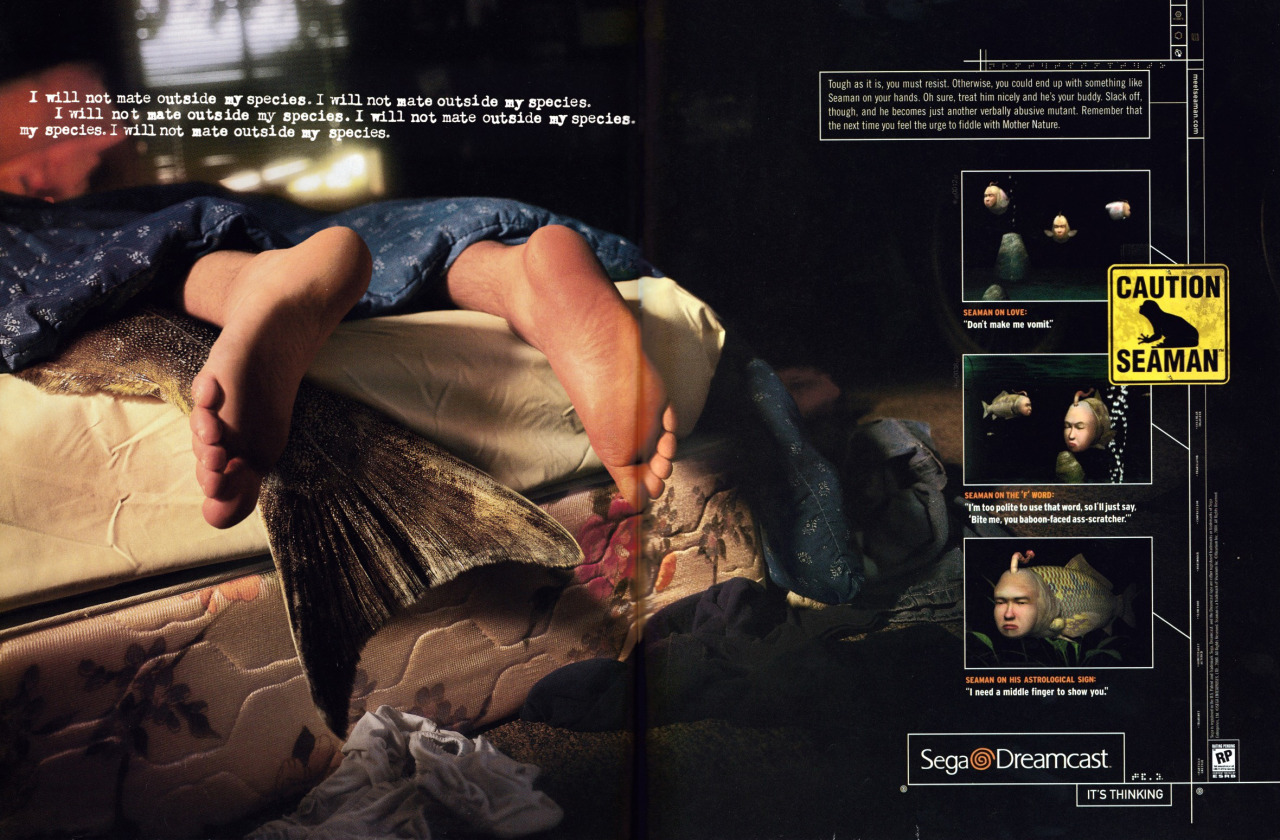 Ubisoft for Splinter Cell Conviction had a guy dress up in full tactical gear with a gun and go into public stores as a bad guy. Of course, police were called.

N-gage was marketed at live events with women having the price tag written on their breasts.

Wii U "New controller" is it a Wii or a new console?

When Tiger tried to take on Nintendo these were their ads!

A woman asks how much does it cost. Angry midget calls her a moron. Yup, great ad guys.

Oh boy, I remember that car crash of an ad. Who looked at that and thought that was a good idea? XD