According to Famitsu, the lack of switch is still going on.
Demand should be still pretty high in japan.

Curious how long the Animal Crossing boost will last; I can see Switch cruising through May catching up on unmet demand. Complacency is a killer though; they'd better have other big games coming in 2020 if they want to outsell last year.

I've been blabbering on about AC for year now but that's just because I'm die hard fan.  I knew it was going to be big in Japan (given) and do better in USA but even I didn't expect it to sell this good.

Funny prediction in AC thread is portisheadbiscuit.  He came into thread with 11m total worldwide lifetime sales.  Lol Japan sales might pass that up at this rate.  He was confident when I second guessed his prediction snapping back with a GIF.

That doesn't sound fair, but rather like a very poor excuse. If Animal Crossing had pushed a million consoles less, Switch would still be up year over year, so AC being a bigger system seller than everyone expected isn't what made those people wrong. They were wrong by default because it was obvious that future Nintendo releases would still push hardware, along with the very robust back catalogue and the newly released Switch Lite model, not to mention the arsenal of options that Nintendo has left in terms of price cuts, revisions and value-added bundles.

Furthermore, many people are so absorbed by believing that Sony is awesome that they still haven't realized what it means that Sony's complete and utter defeat with the Vita ceded a monopoly in the portable console market to Nintendo. The Vita's ~15m in lifetime sales don't mean that the actual demand for a high-powered portable console is just around the number, because it shouldn't be forgotten how much the Vita sucked and how much it lacked. It's the same thing with the assumption that the Nintendo market would be limited to 90m tops because that's how much the 3DS and Wii U sold combined; it shouldn't be forgotten how much the Wii U and also the 3DS sucked and lacked. Switch can sell to people who owned neither a 3DS, Wii U or Vita, simply because it's a much, much, much better executed console in terms of both hardware and software. People who expect 105m in lifetime sales for Switch based on combined 3DS, Wii U and Vita numbers are just setting themselves up to get bitchslapped over and over again.

NS first again with excellent sales, PS4 a very good second, XBOne decent third. It's quite amazing how shipments can go well enough despite the serious situation the world is currently in.

Last gen was quite unusual, and the third lifetime, XB360, was launched first and remained first for a while (although a very short while, thanks to many MS mistakes), in most other generations the third ranking did far worse.
XBOne is currently in the Top20 of all times, ranking 15th, only XB360 did better as third in a gen, and thanks to being alone for a whole year, and while it used quite badly its head start, momentum, and initial bad sales performance of PS3, helped it stay second, after losing leadership, for a long time.
This time things went very oddly, Wii U launched first, XBOne and PS4 one year later, but they easily slaughtered Wii U, nevertheless MS initially committed many marketing mistakes, PS4 beat it from the start, and NS, despite launching quite later, caught up and outsold it quite quickly. In this situation managing to still sell these numbers is decent, yep, barely decent, but still better than what most other third ranking in a gen managed to do even against first and second ranking competitors weaker than PS4 and NS.

Well, they are slowly moving forward - to new records that is!

Not in absolute numbers, that's true.

But the Xbox is holding pretty well this year. pS4 is down quite a lot already compared to last year, but the XBO is just slightly below it's last year performance.

When your sales are much higher to begin with there's more room to fall. I certainly wouldn't call 52k in a week "decent", especially when your competitors are well over 200k. 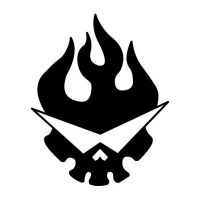 Does the xbox hardware sales have a source?